I hadn't realized how long it had been since we updated our blog. Ty's birthday was kind of a long time ago. Especially considering that Zeke's is next week.  The rest of March and April we have definitely seen some nice days.  We spent one day at the river a couple of weeks ago with Chad and Ang.  Both Ty and Zeke had their first ride on a quad. 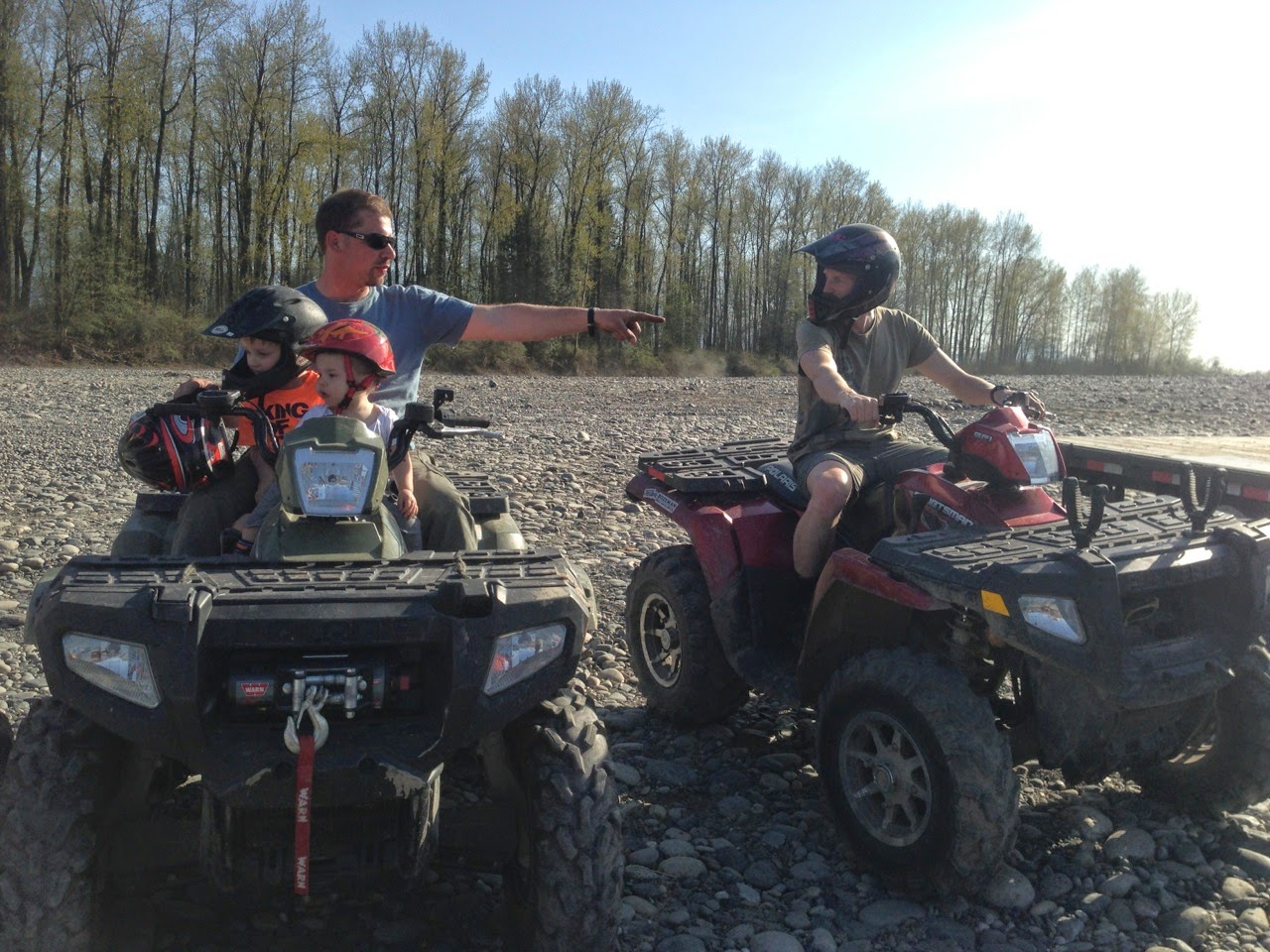 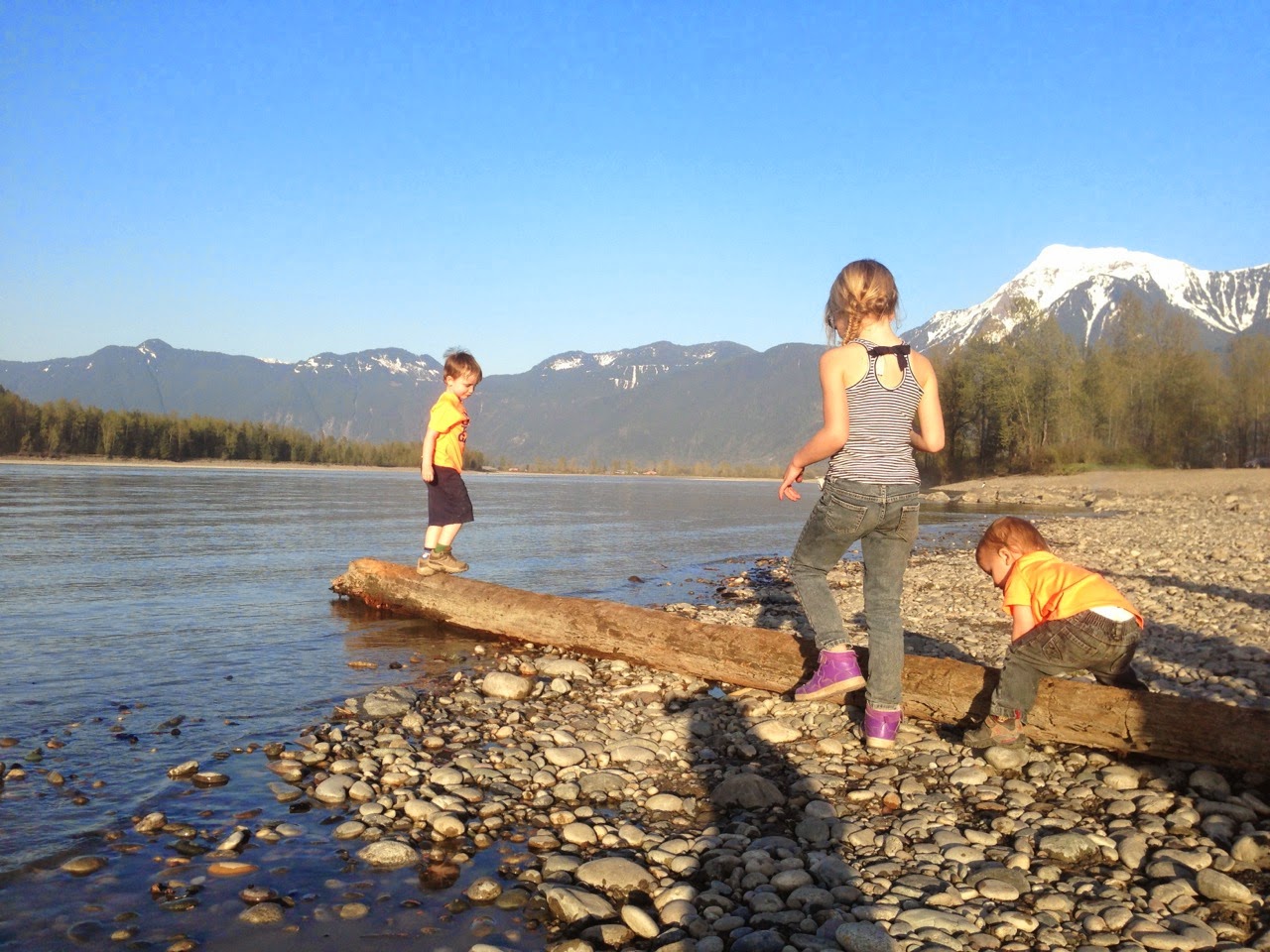 We have been going for lots of walks as the sun starts to come out, Ty is having fun watching all the leaves and shrubs come out in the forest.  He also has developed a need (just like his father) to get a big stick and take out all the stinging nettle growing on the side of the path.  Useful!! 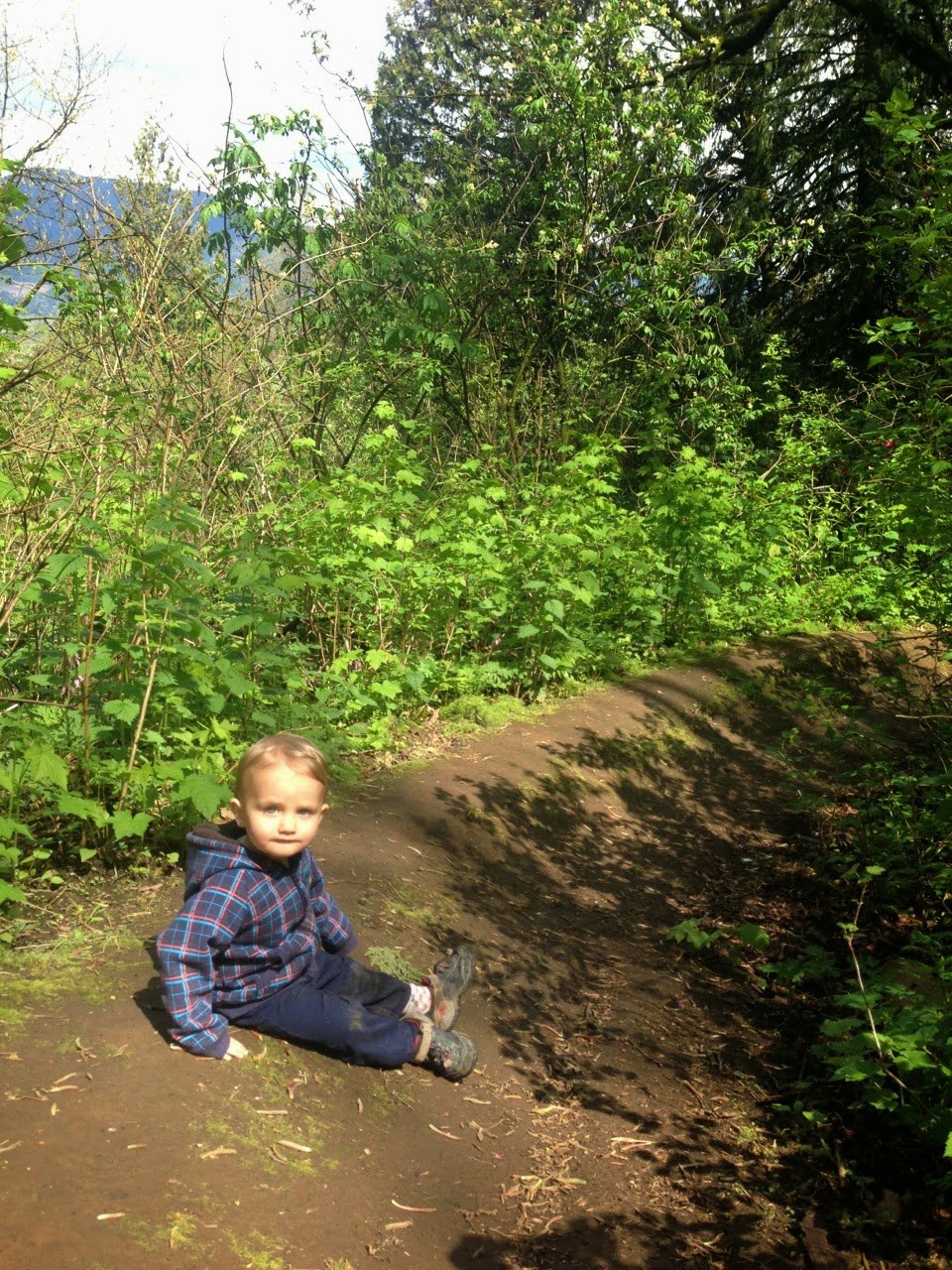 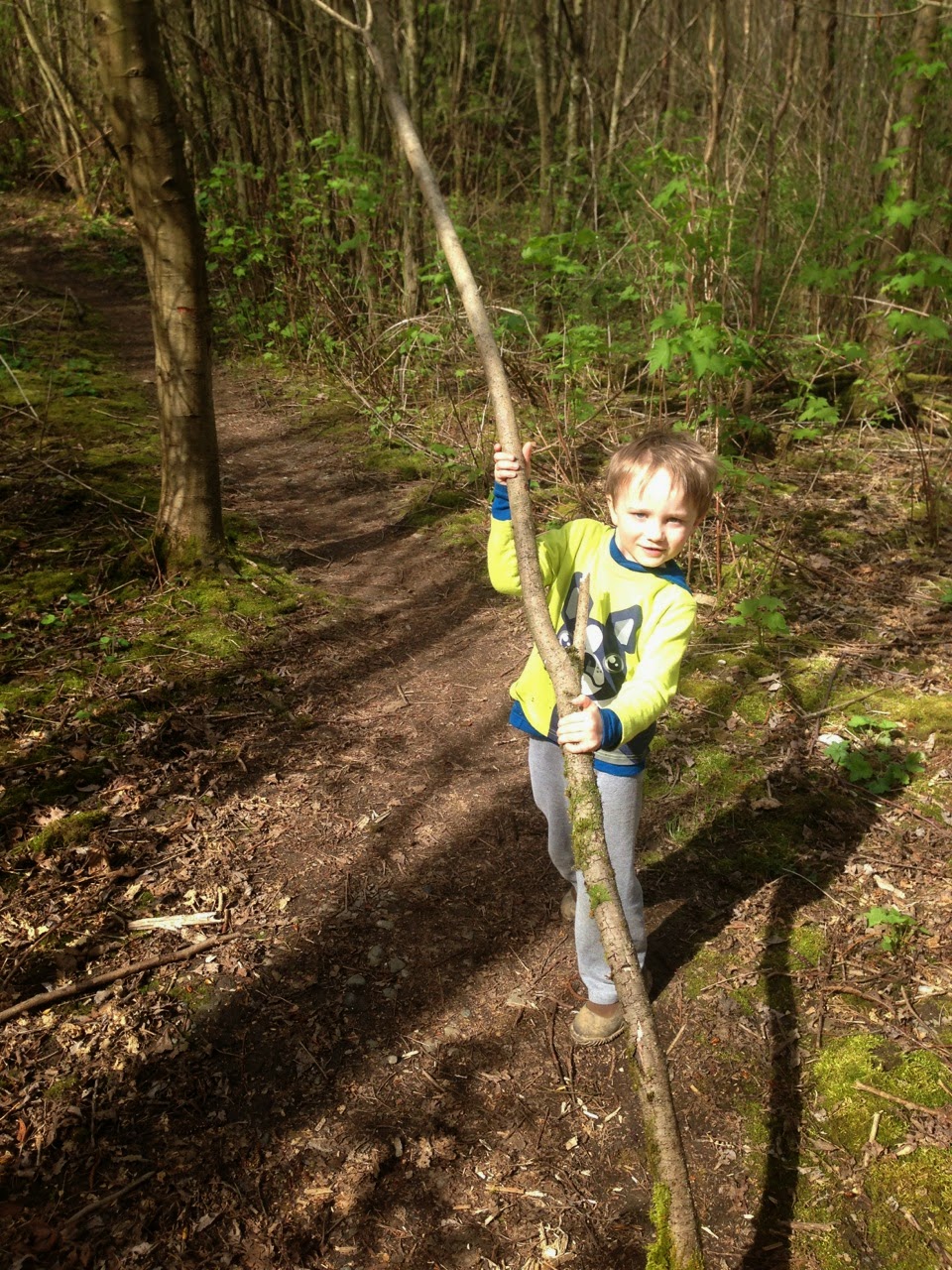 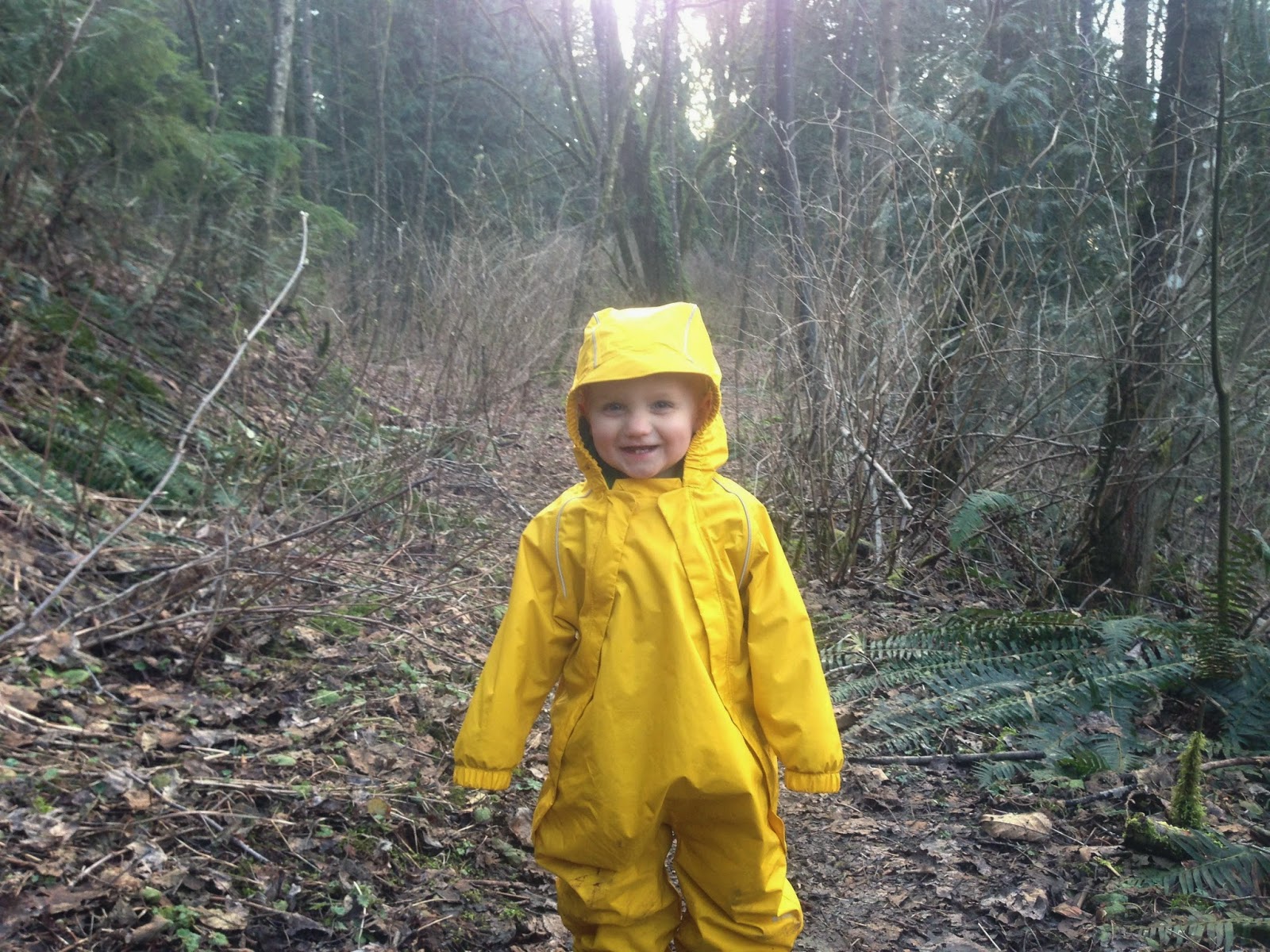 Here is Zeke munching on an EKG cookie from a retirement party for one of Marc's colleagues.  For those of you who are interested this cookie depicts atrial flutter. 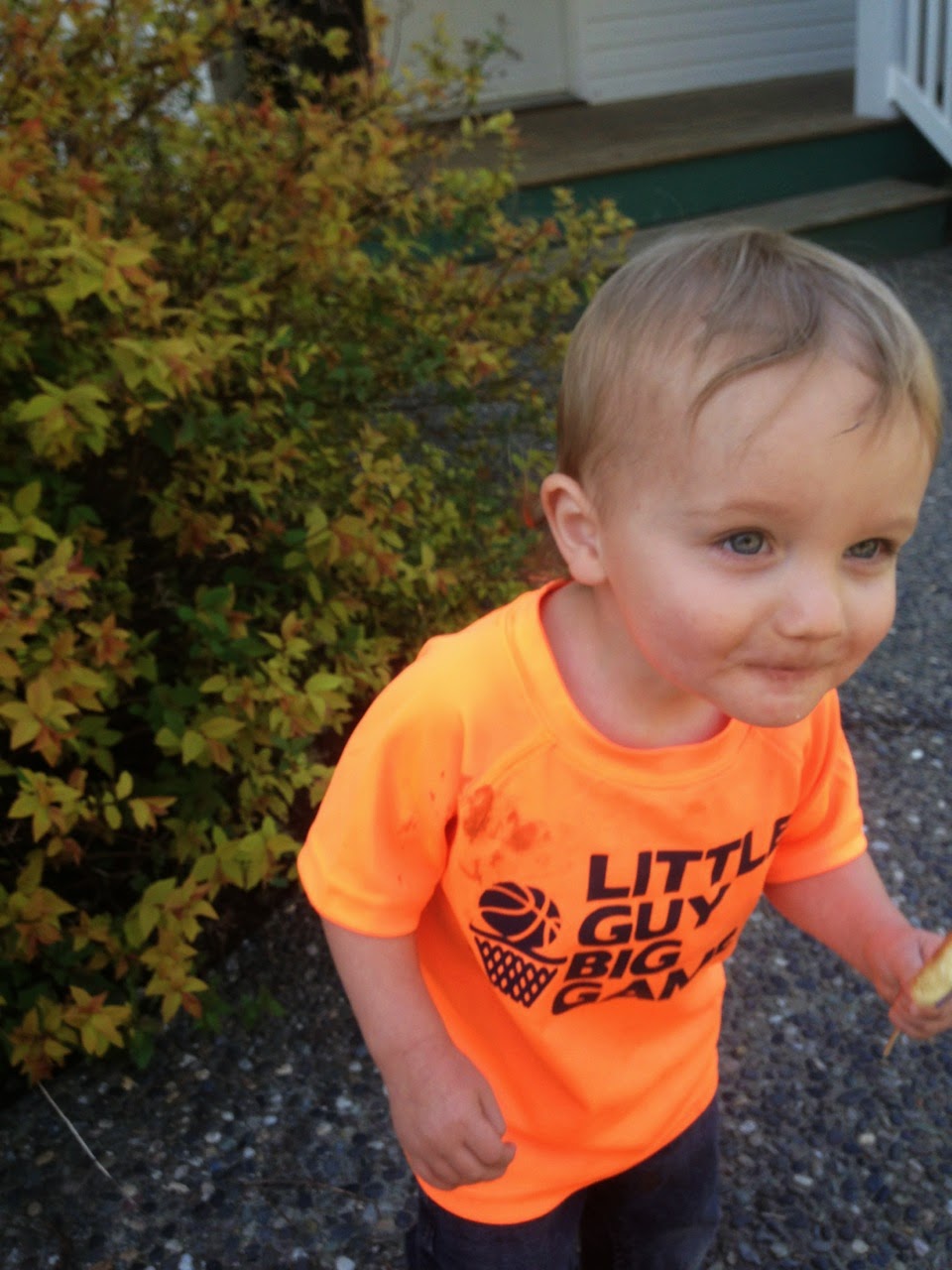 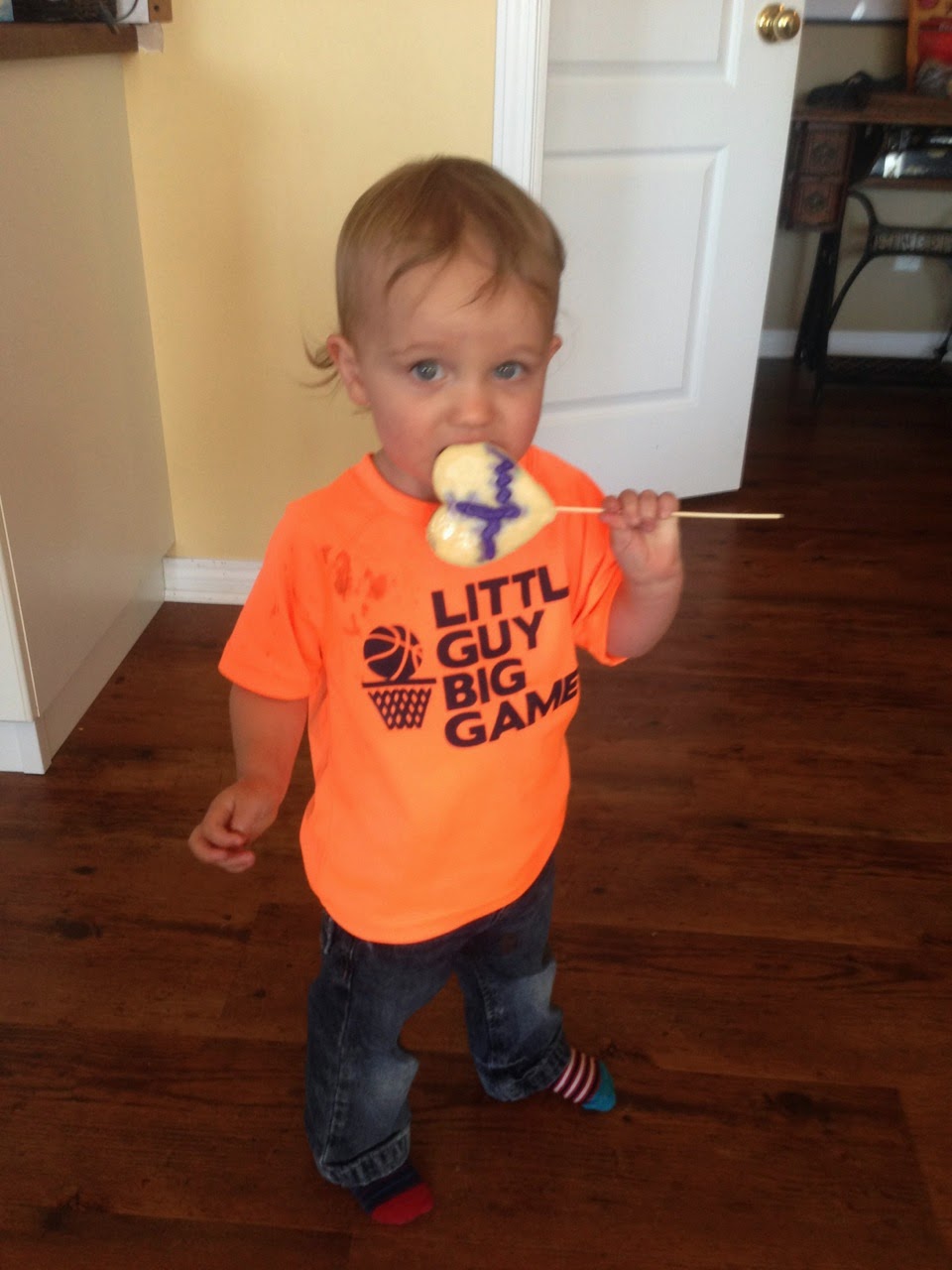 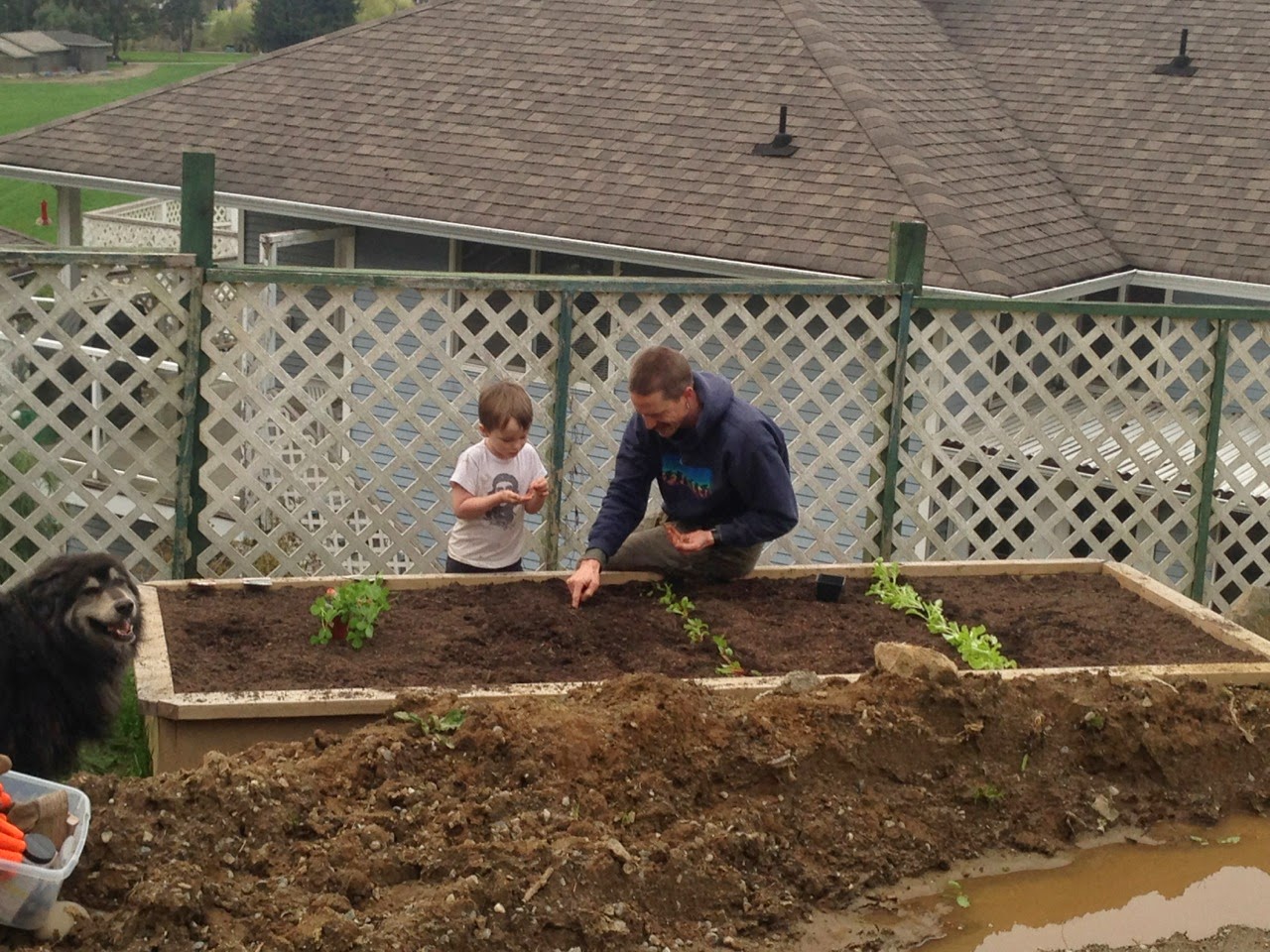 The weather has been nice enough for us to get our garden in.  Almost everything is coming up and Ty was a great help for Marc.  He is so happy to go and check to see if his seeds are growing.  Our yard is still in a bit of disarray as our deck is being finished, but at least our garden is in. 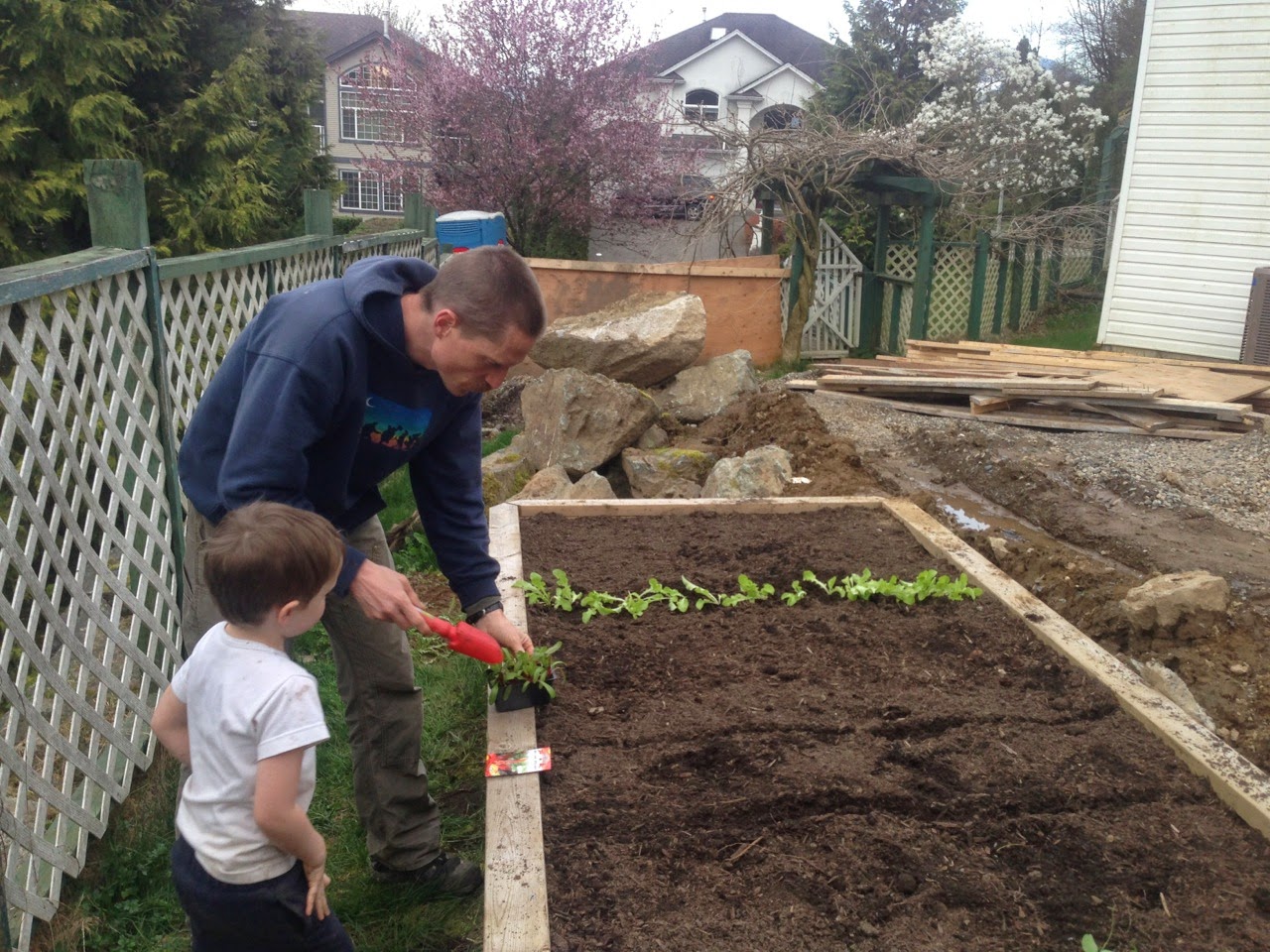 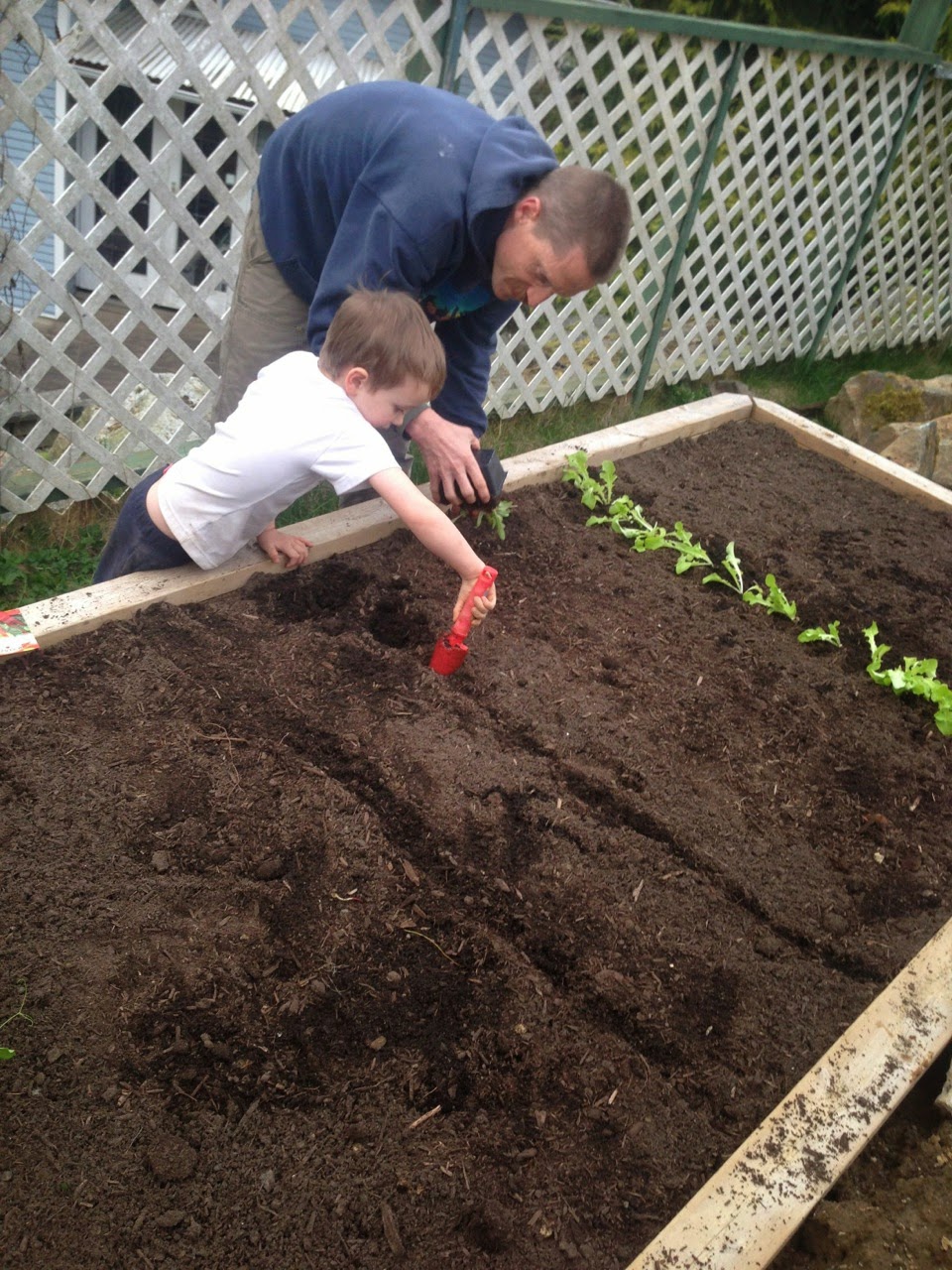 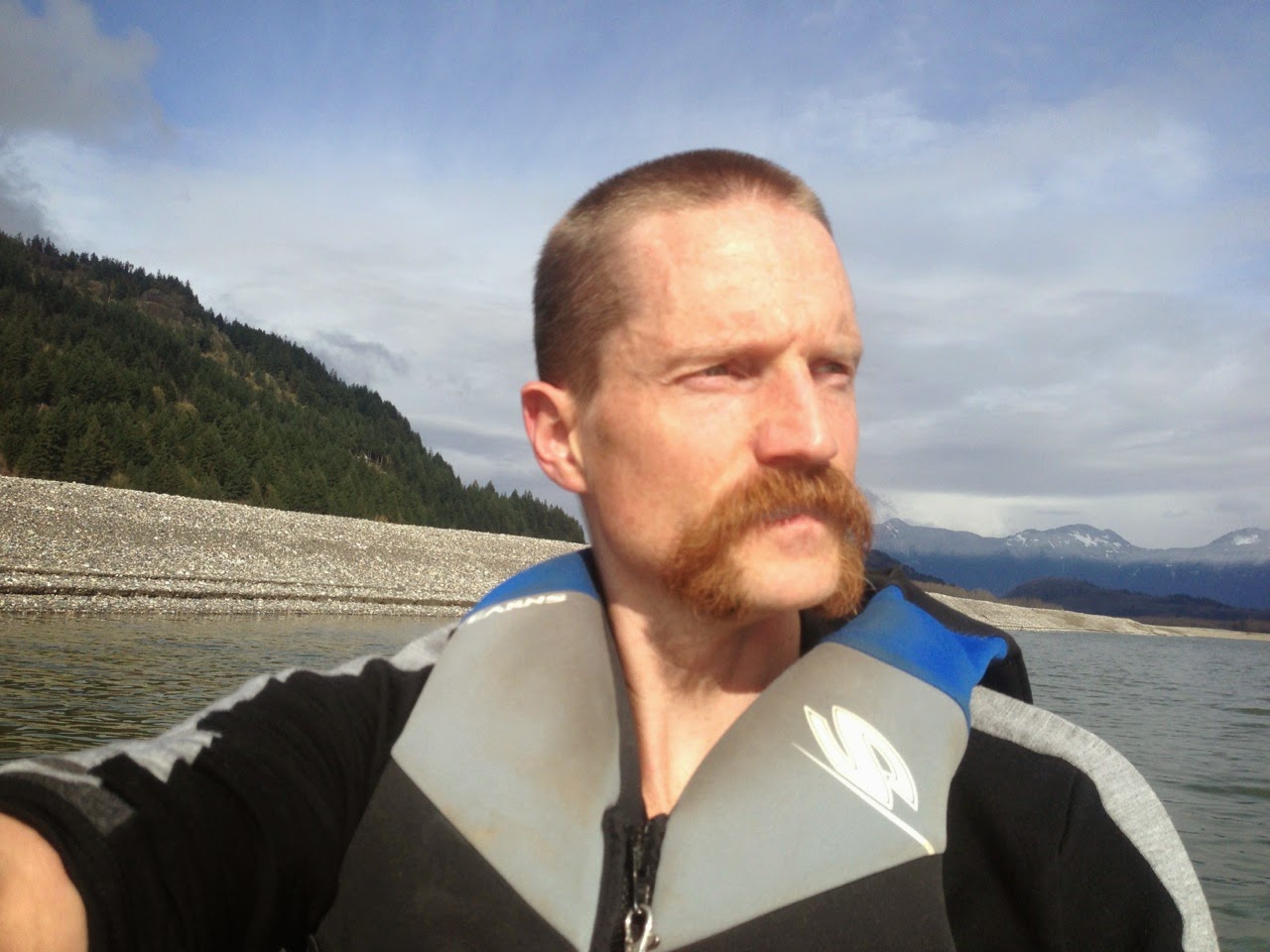 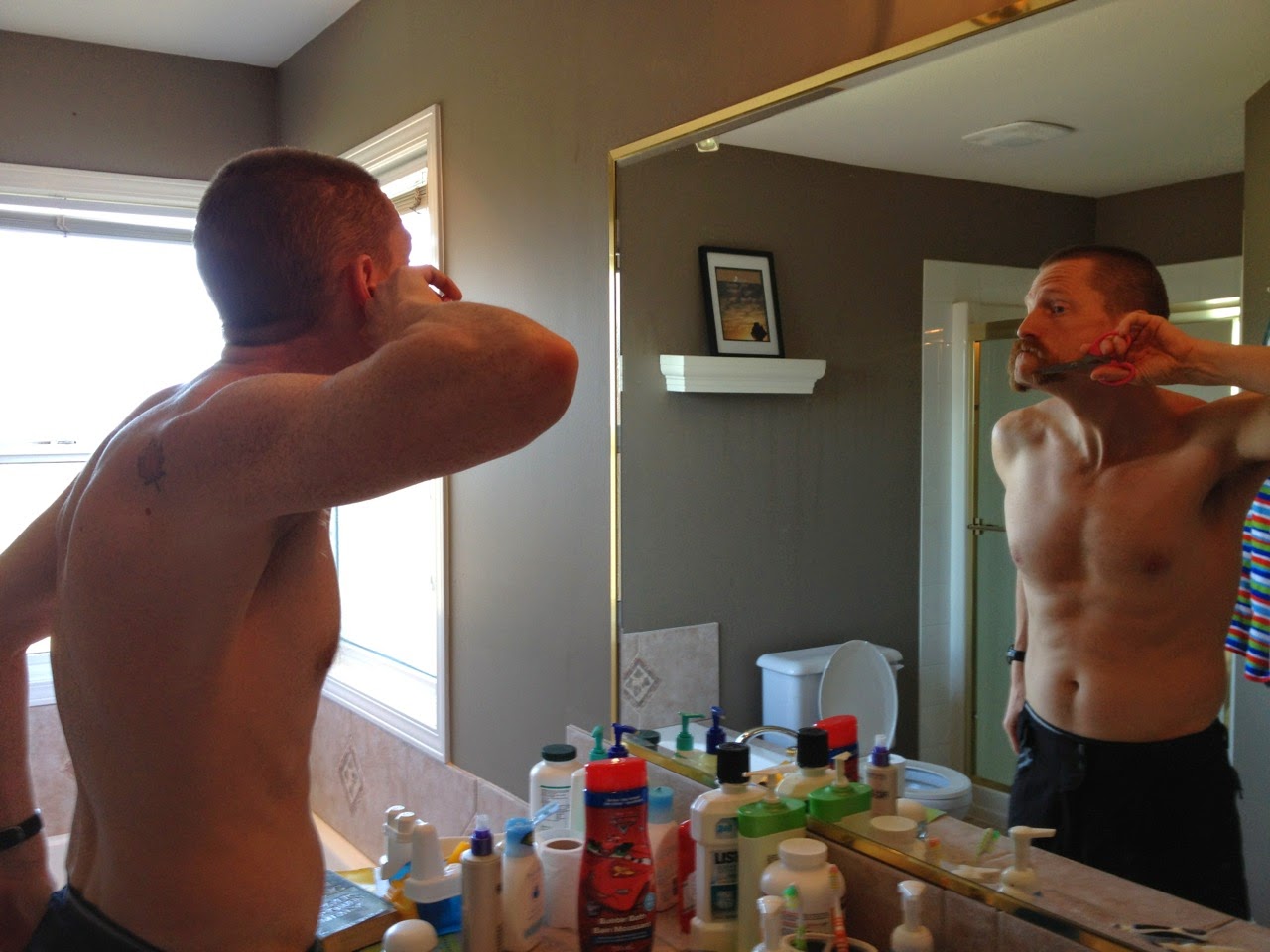 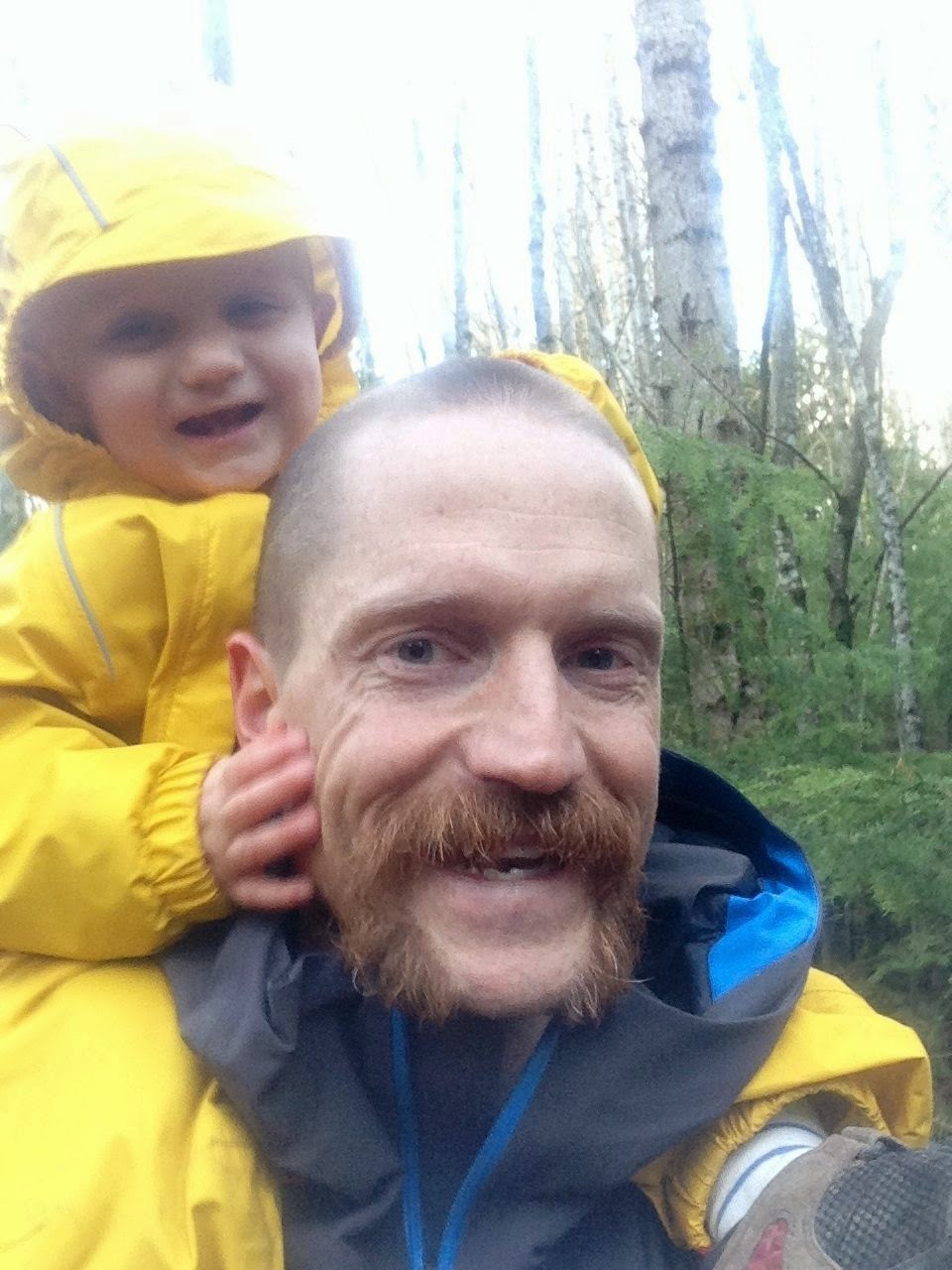 As I walked into the bathroom and saw Marc trimming his stash I thought that his moustache hours were numbered. Sadly I was wrong and it just became a shorter stash.  I have been told that tonight is the night that it is being shaved but I'll believe it when I see it.  That being said he has been informed that he is not welcome in this house after tomorrow if it is still on his face.  ;)  (Update:  The moustache is gone!!  Yay!!!  He looks so different!!)

This spot on the river is no more as the Fraser continues to rise.  You may notice in the below picture that Zeke is only wearing one boot and his other foot, only socks.  We drove to the river with the window down and somewhere on the way, Zeke decided to throw his boot out the window.  Crazy kid! 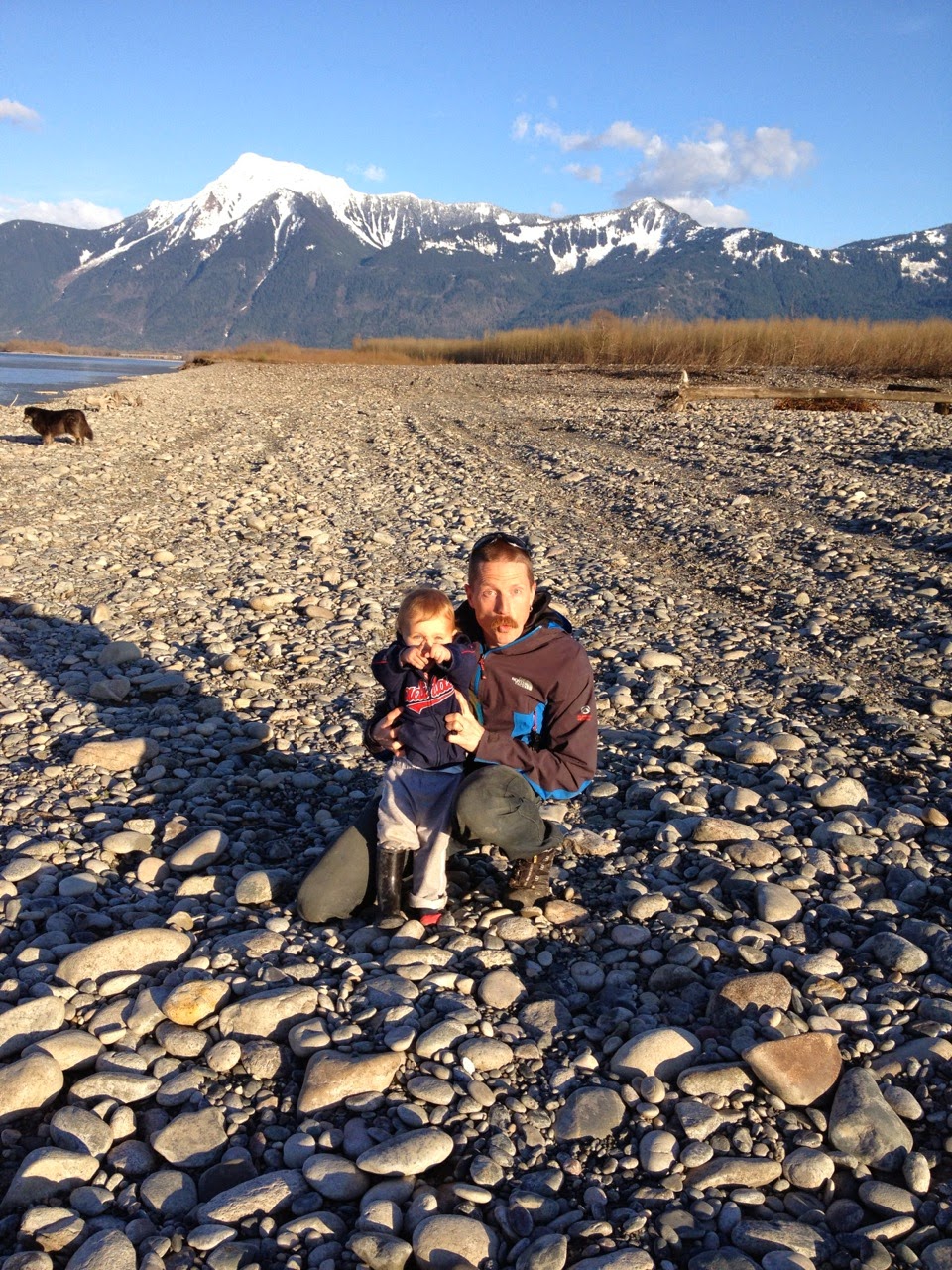 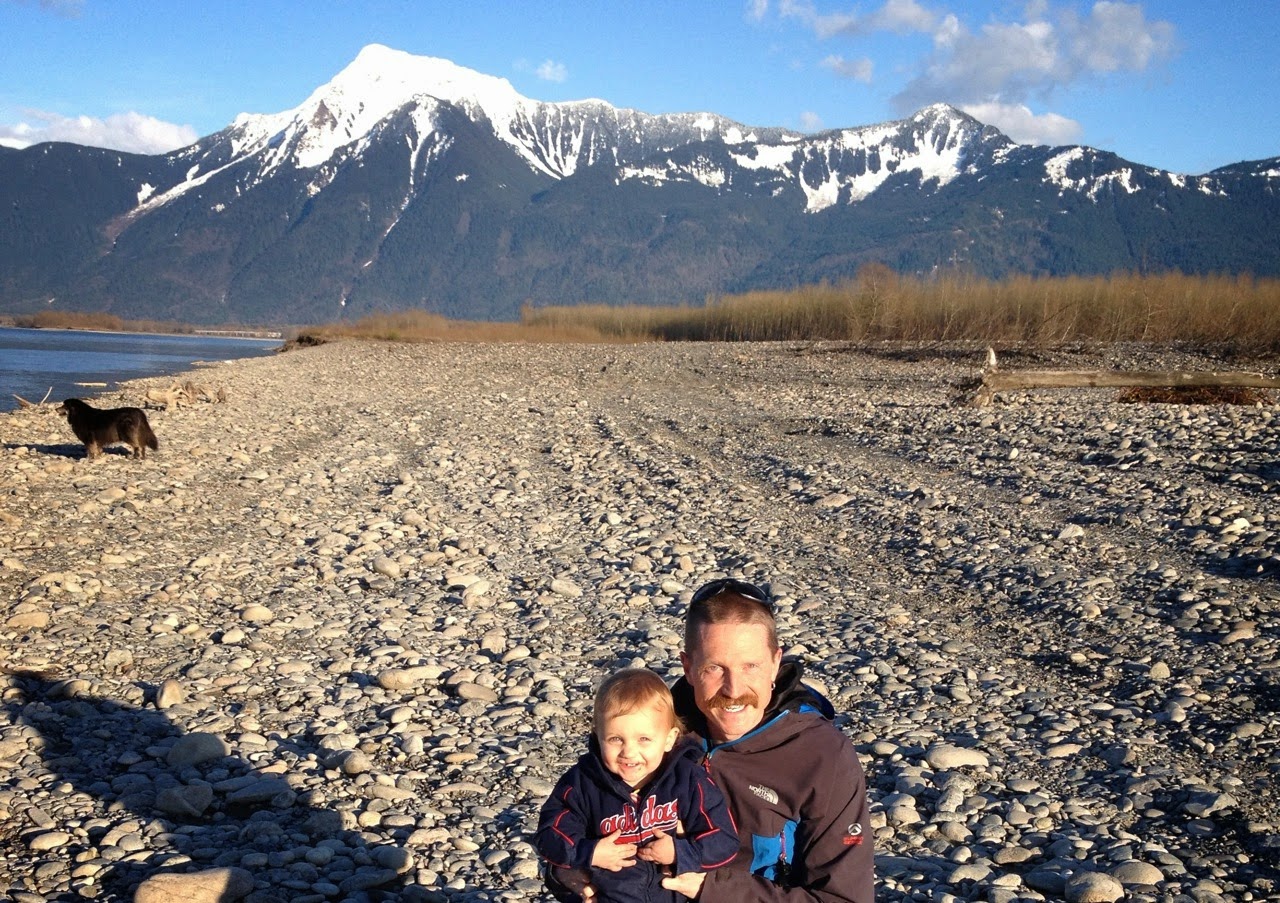 Taking a break while out in our forest. 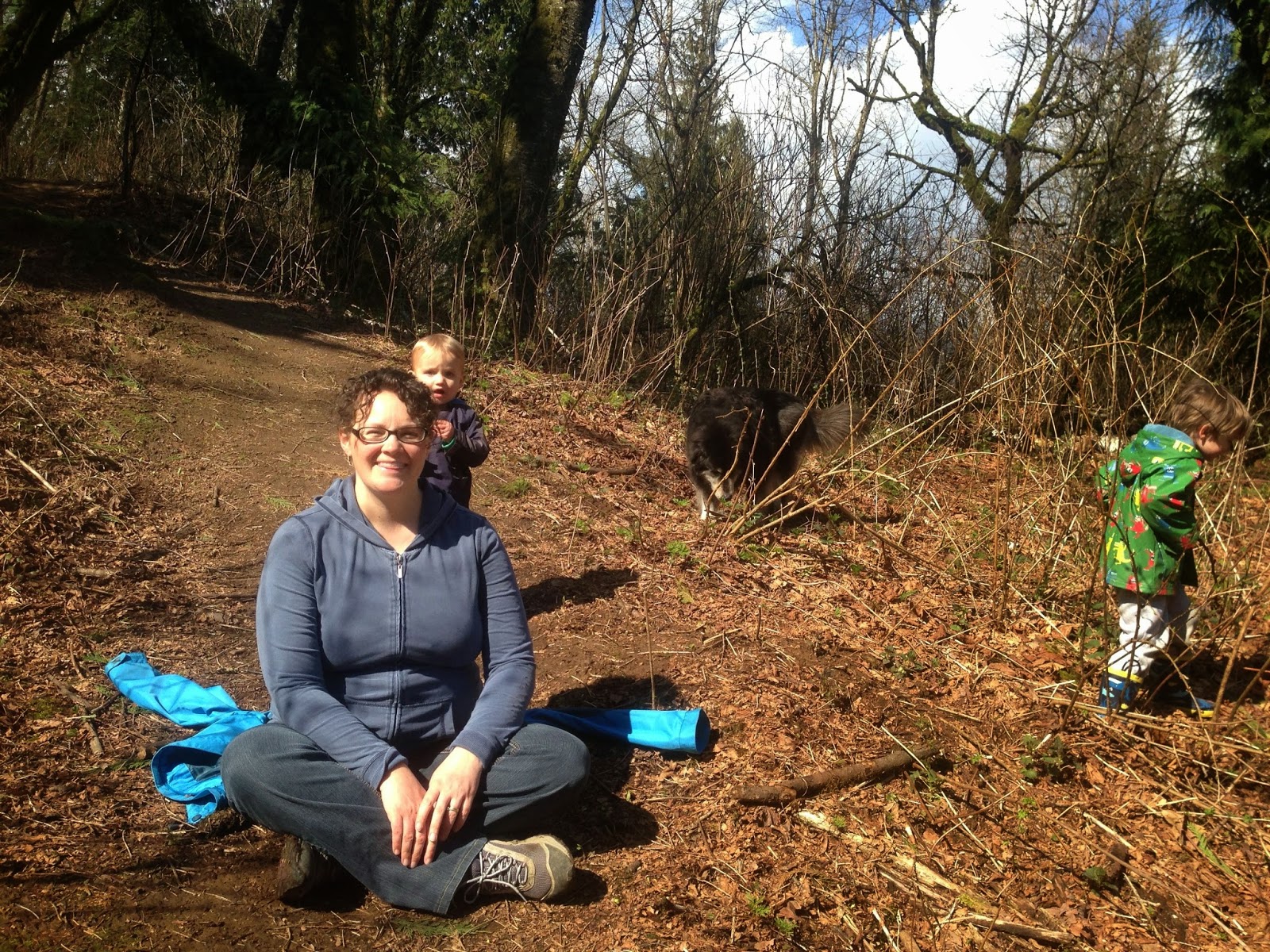 We had a fun night out curling with some friends for a birthday party.  Definitely harder to do with a big belly!! 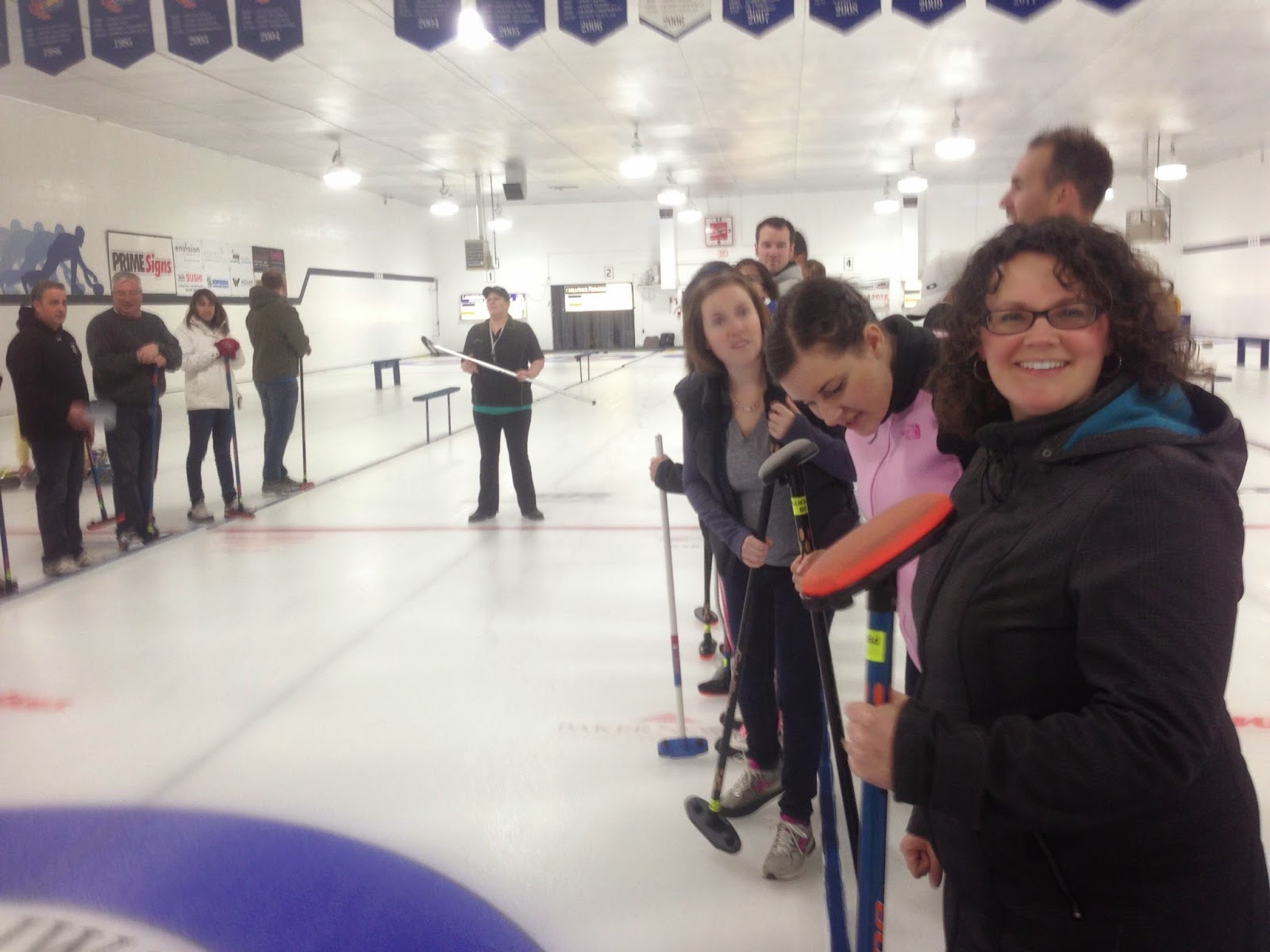 Zeke is becoming quite the goof.  He is still pretty shy around people he doesn't know but at home he loves to make faces and make us all laugh. 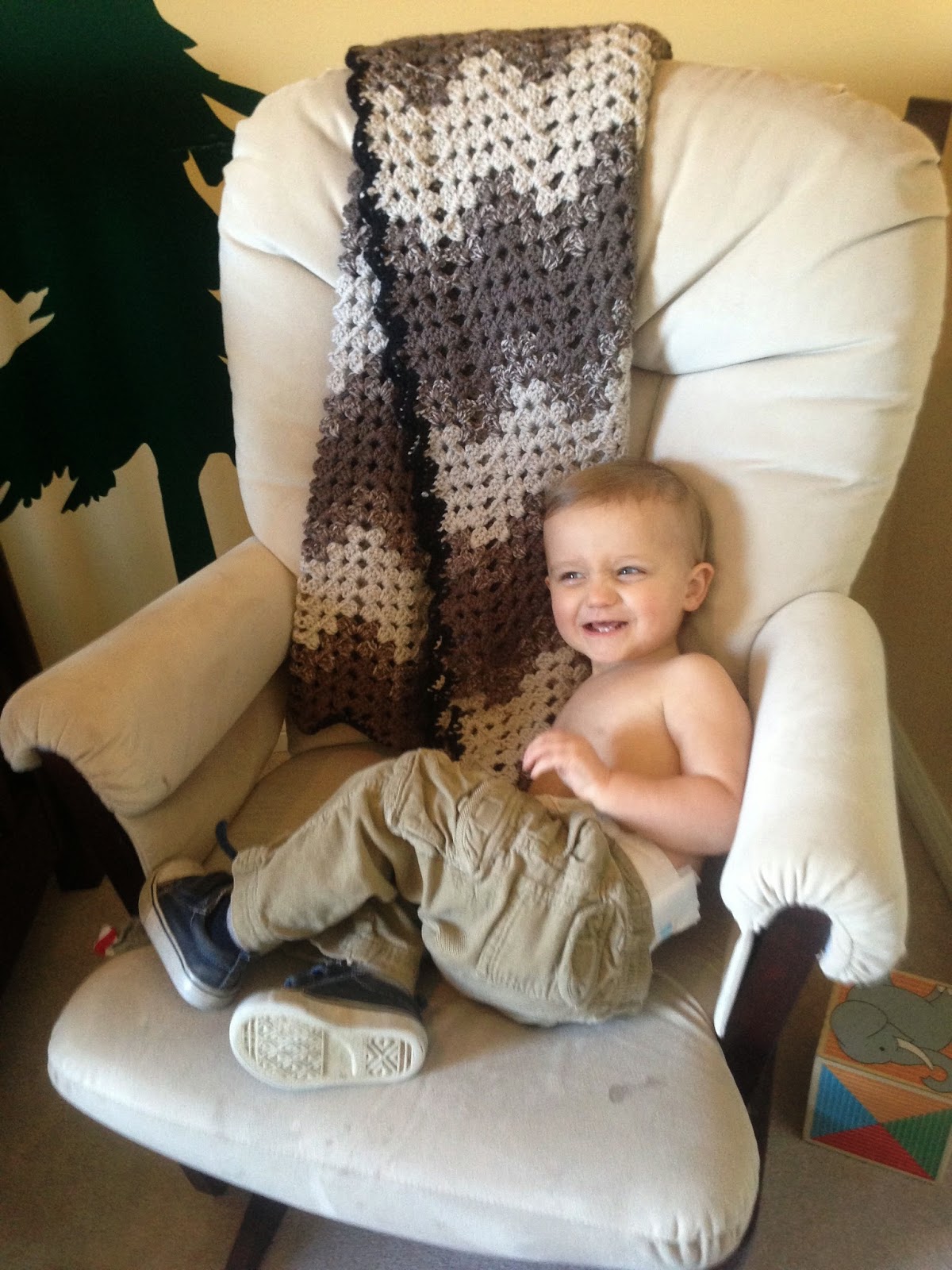 More river walks.  We found this new spot along the Vedder after the beavers dammed our old spot. 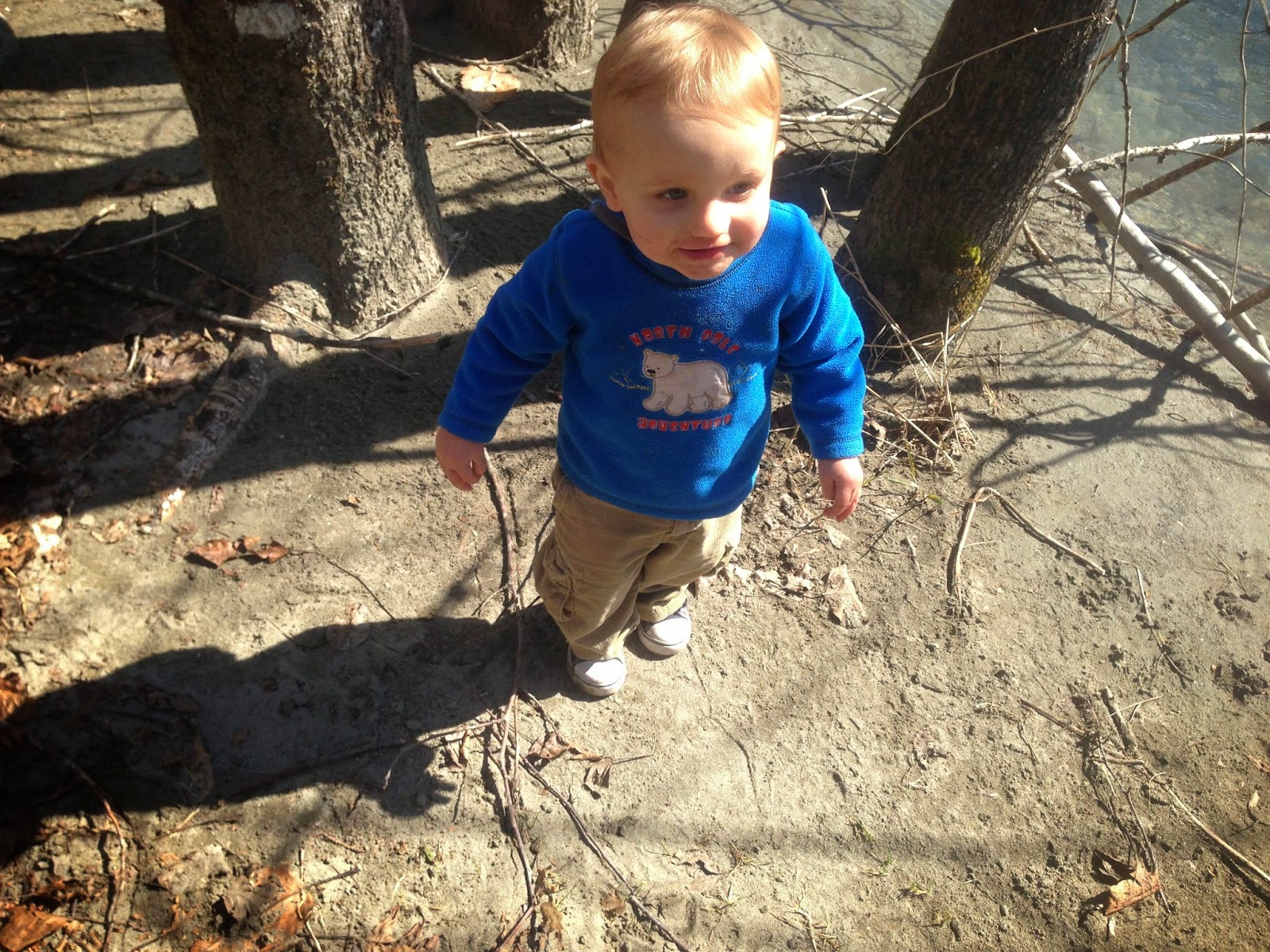 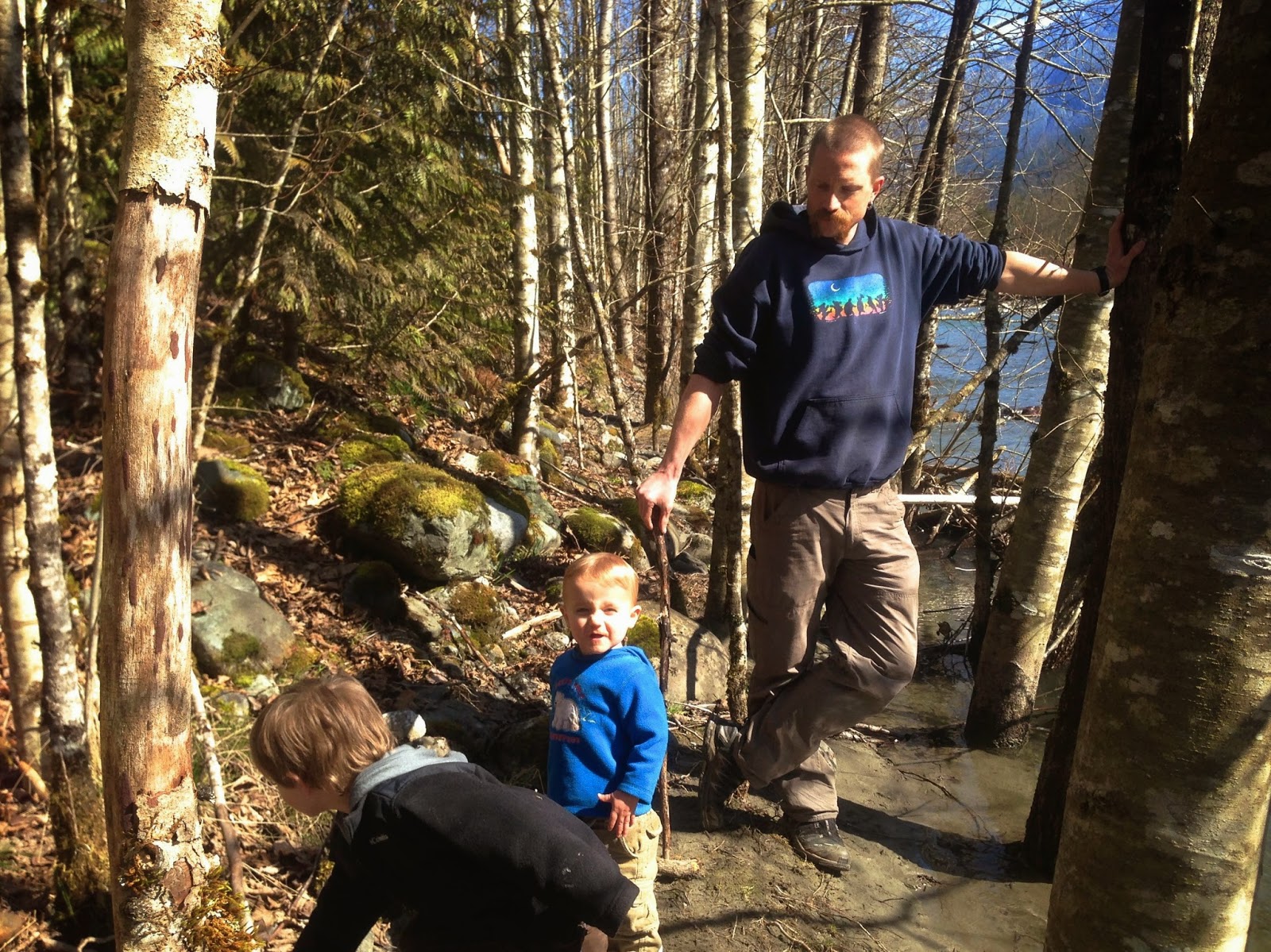 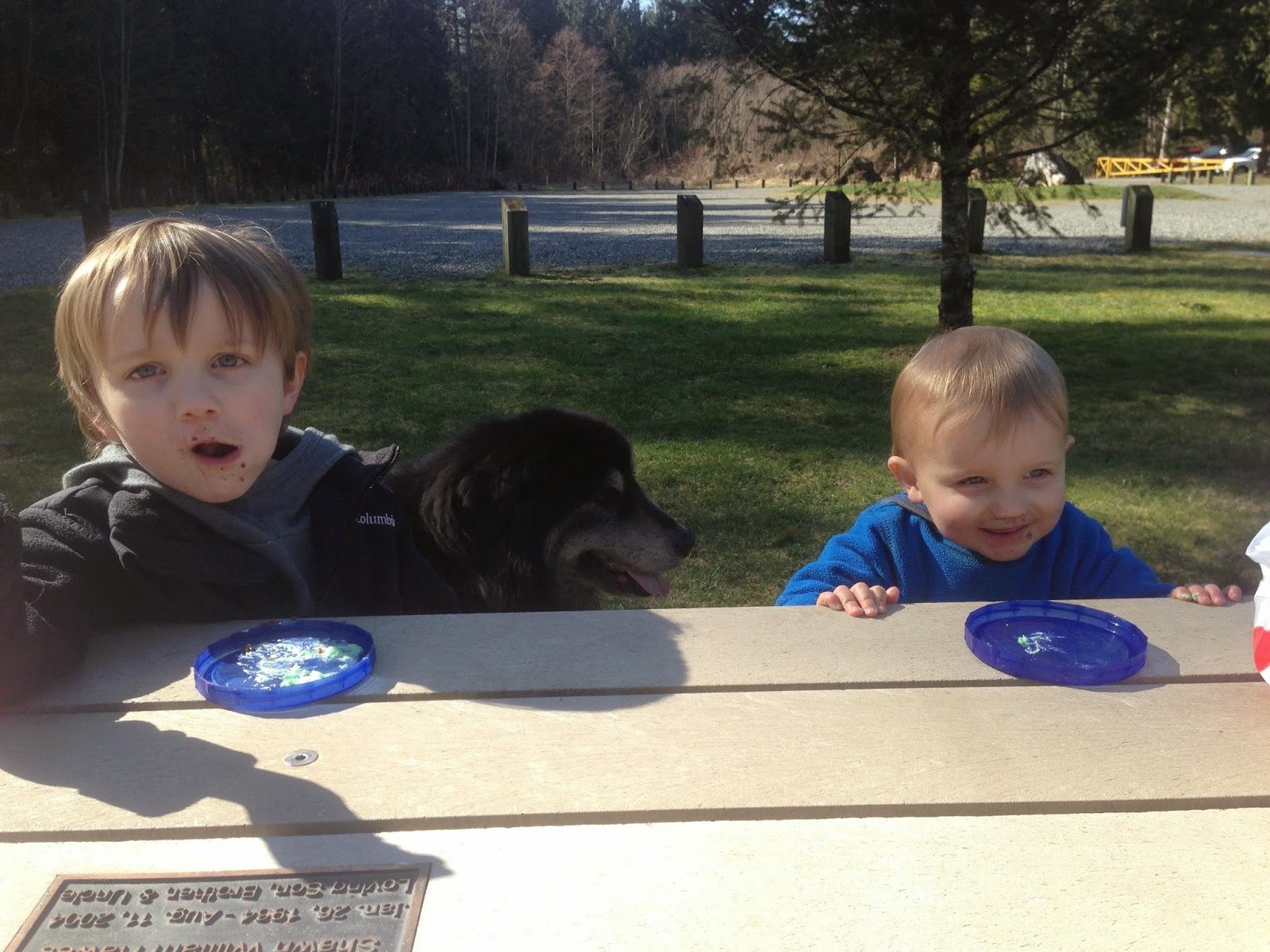 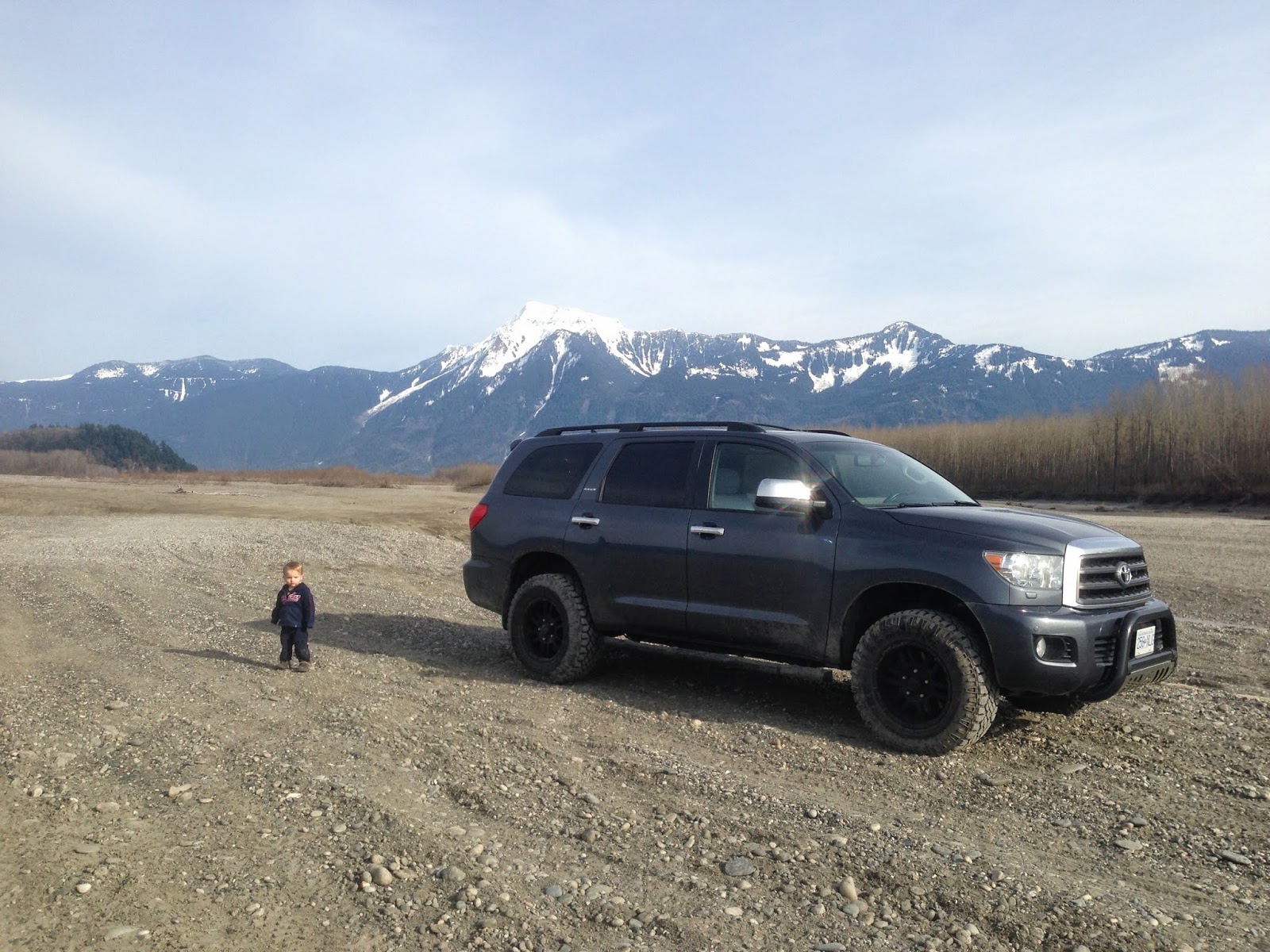 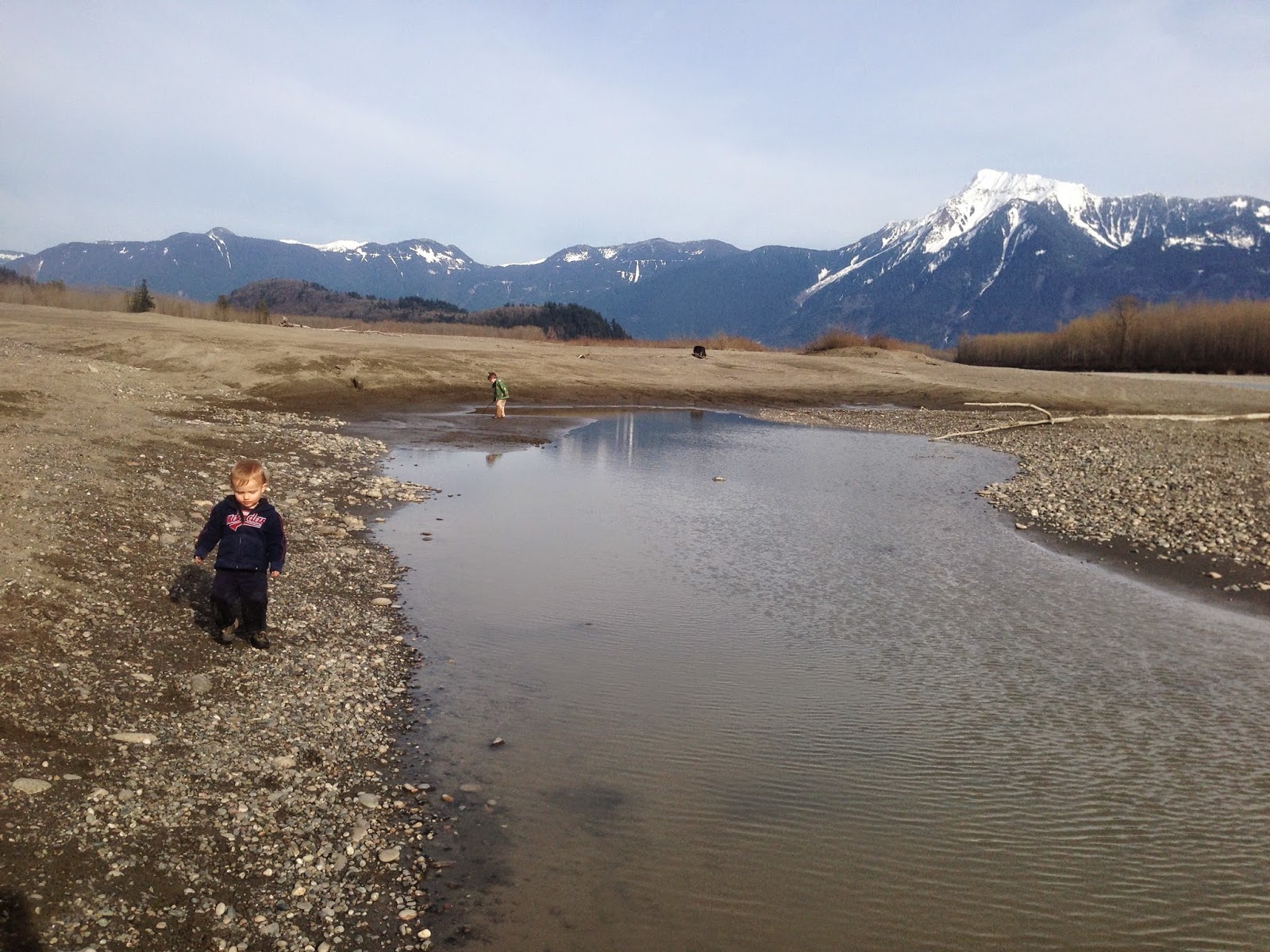 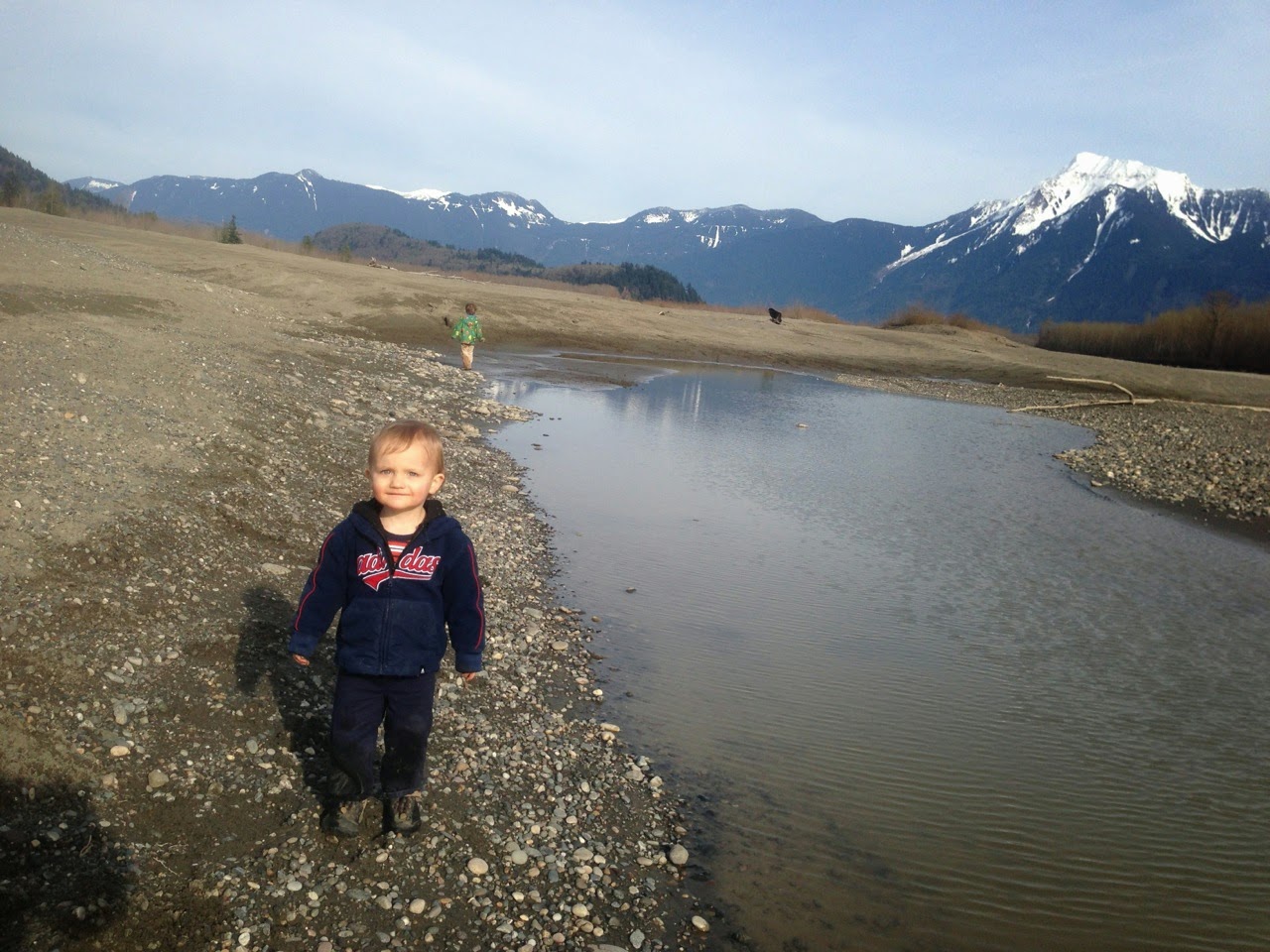 Breakfast at Quinton's new house.  This picture below made me think of this picture taken 4 years ago.  Crazy!! 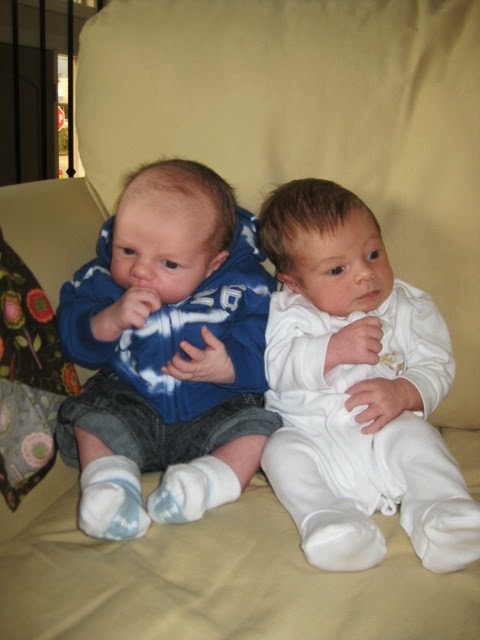 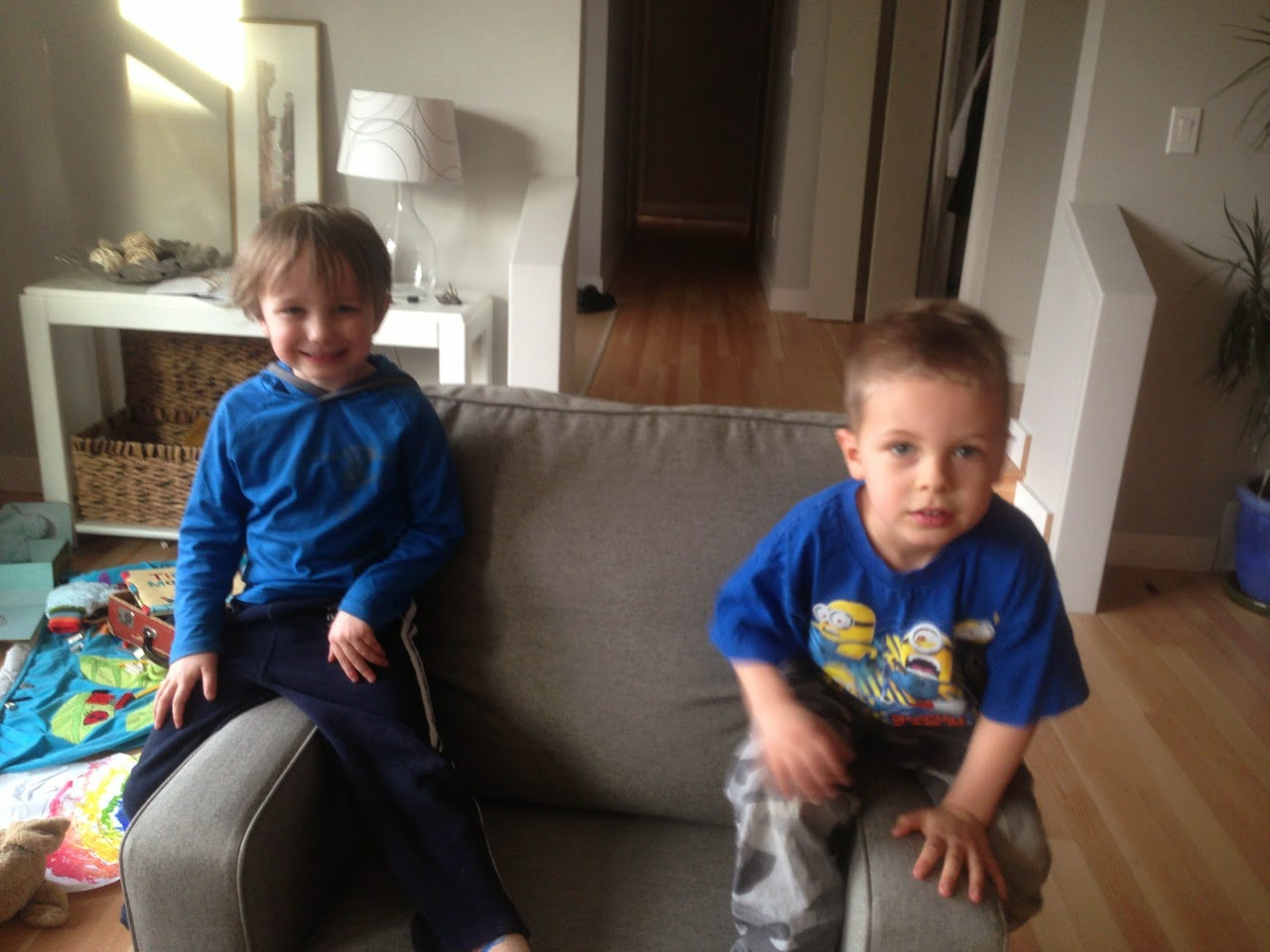 Ty got a Superman toy from Mike and Patti for his birthday and has been very curious about Superman stories.  He also quite enjoys scrolling through google images of him. 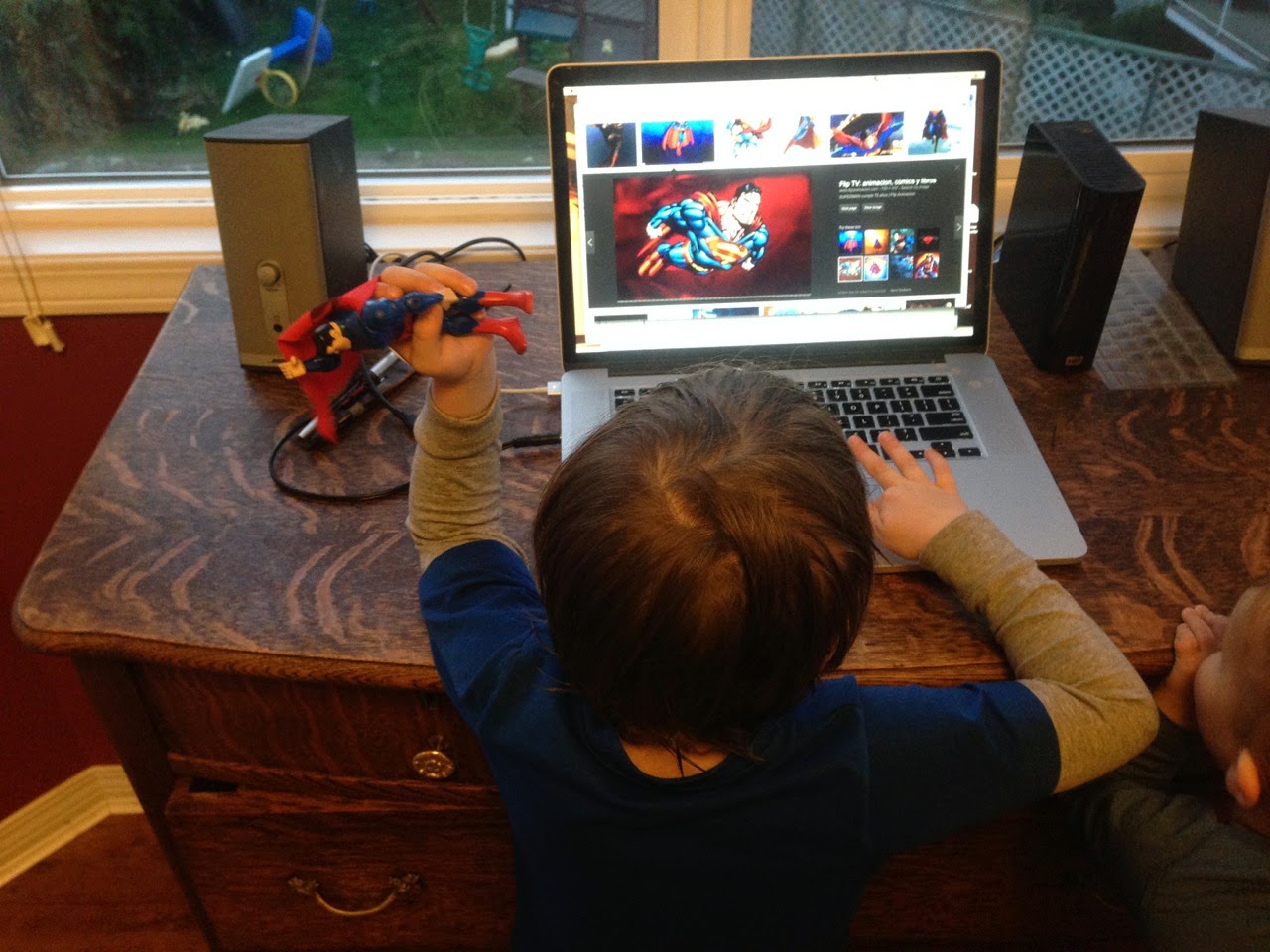 There was a bit of March Madness in this house.  I do find it a little harder to watch the games while taking care of two crazy boys but I did see a few of the upsets.  After winning the last 2 out of 3 years in my pool (while making very educated picks based on team names and logos) I did very poorly this year.  You can't win 'em all. 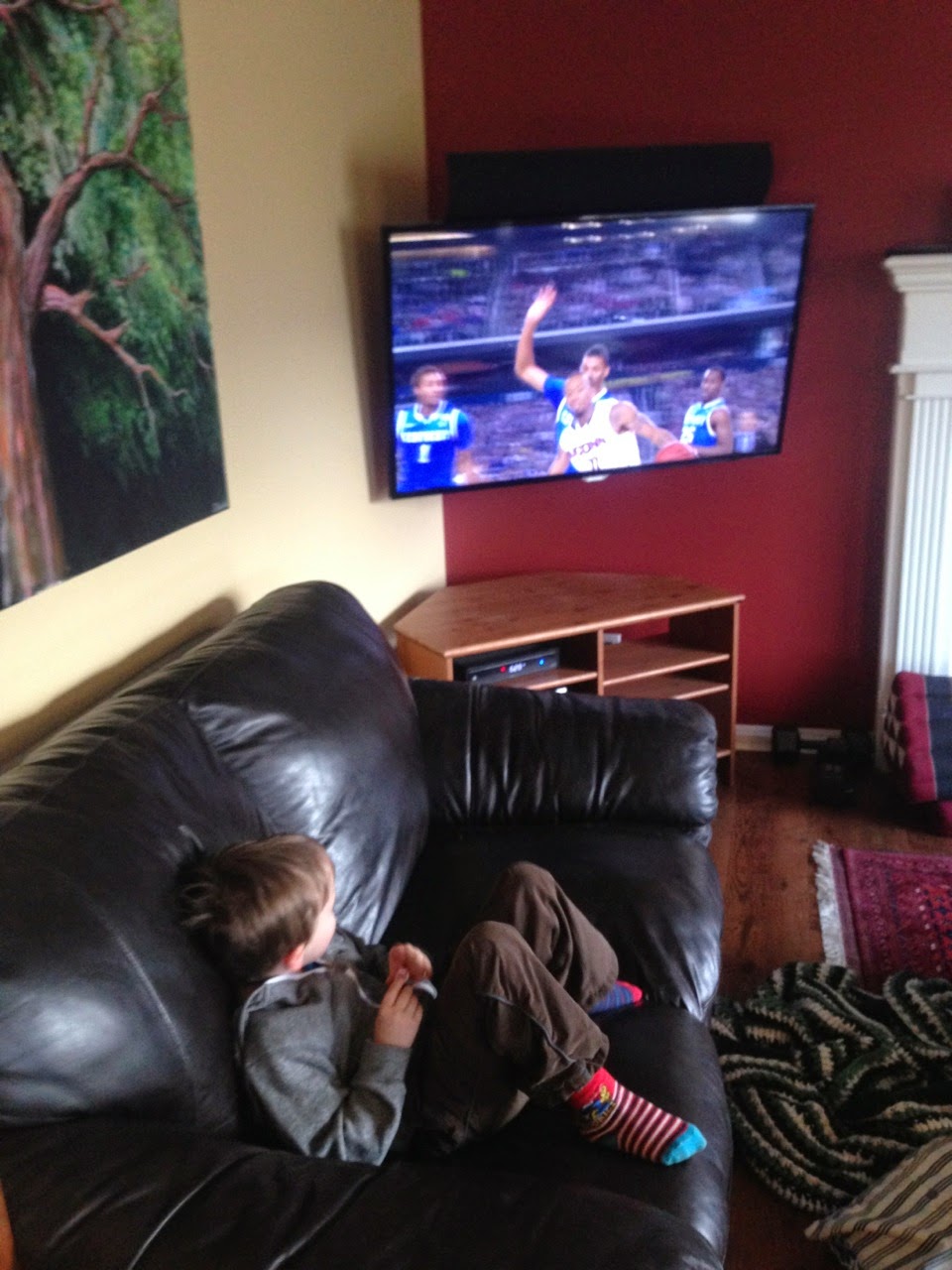 Bring on the spring!!  And more sun!! 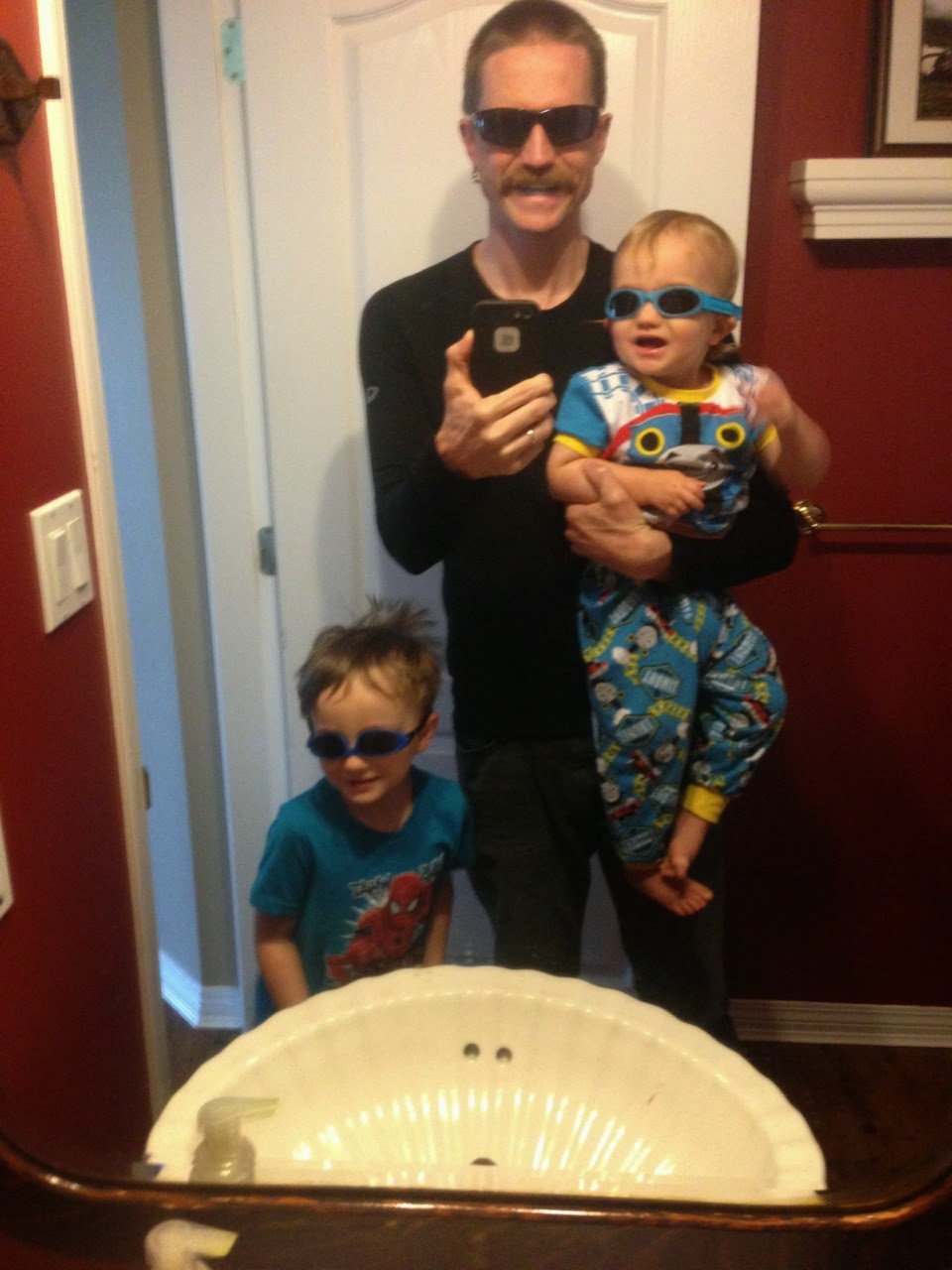