I went for another snowy bike ride today with my friend Levi. Unfortunately it was so slippery that i endoed in the first 2m of the trail and broke my rear brake. Those of you who mountain bike will already know that slippery trails and front tire braking are a bad combo. I fell a lot. Fortunately i was not going full speed so I now have multiple small bruises rather than multiple large bruises and long bone fractures.

This is the head of the trail. I broke my brake 5 feet to the right of this picture. 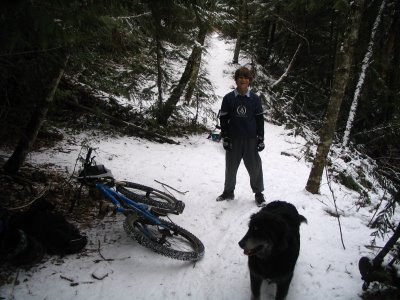 Here is Levi ripping it up on Mexican Ninja. 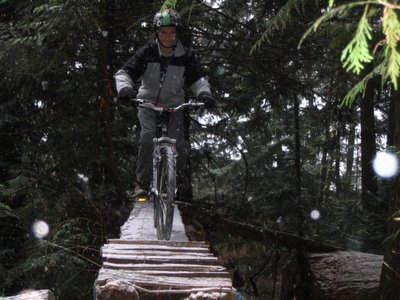 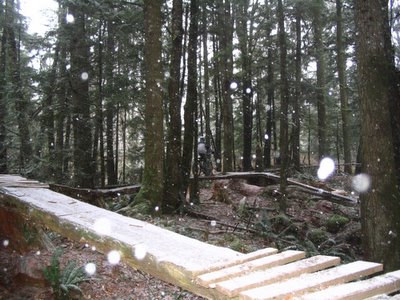 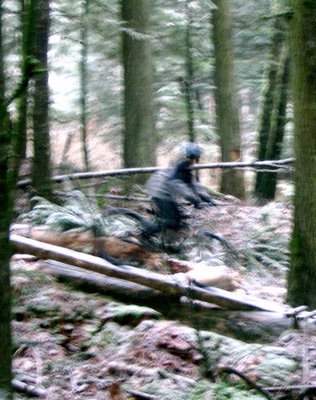 Here is Niko ripping it up on Mexican Ninja. 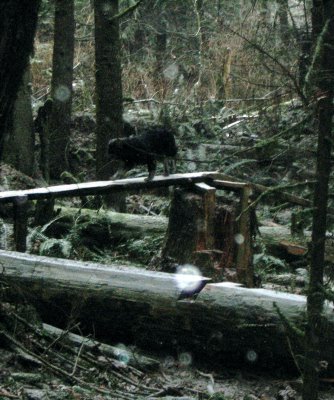 Here is Levi and Niko ripping it up on Mexican Ninja. 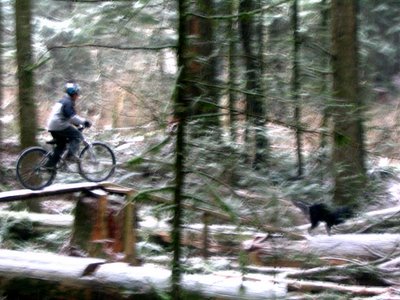 I touched the Save on Man's nipple!

A couple of weeks ago when Marc and I were in Save On Foods I had a nipple incident. I was telling Marc about it after and said if I had a blog I would post this story but alas I did not have one then, but now I do and would like to share my embarassment with you all.

I was in Save On looking for an exotic spice (which at this moment I cannot remember). I could not find it so I asked a nice friendly Save on worker if they had this spice and pointed to the name of it on my list. He said yes, "Let me show you where." I was assuming he would go to the left but he ended up going to the right and for some very strange reason I had my pointer finger pointing towards him. As he turned, I also turned to go the other way and my pointer finger grazed across his nipple. I looked at him, he looked at me and then said, "Let me take you to the spices." AHHHH awkward awkard! The nipple touching moment was not mentioned and he very quickly left me in the spice aisle. A word to the wise: Do not use your pointer finger when standing in close proximity to a Save On employee. :)
at 11:35 AM 1 comment: 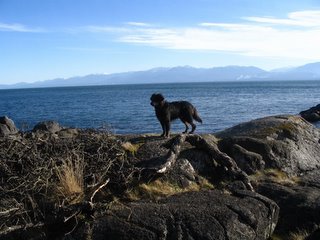 our friend the iceman (Chilliwack residents are HC) 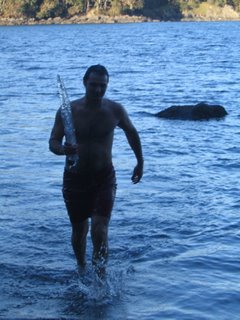 Finally, a view from our hotel balcony.

Various rants on the state of our healthcare system will be forthcoming when I'm not so burned out (today was an odd day).
marc
at 10:34 PM No comments:

Here's a brief photo tour of our weekend in Victoria, minus all the boring conference stuff.

Kylie on the ferry 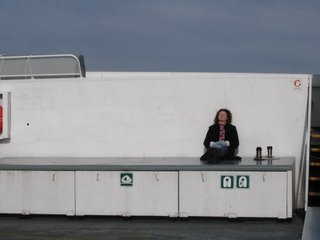 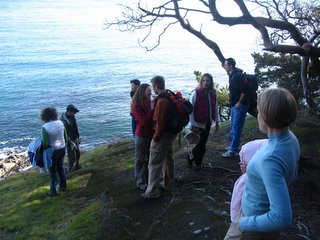 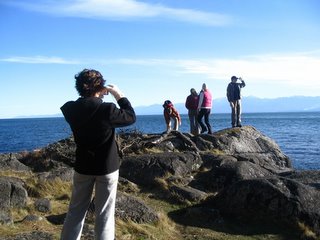 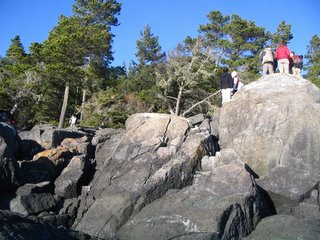 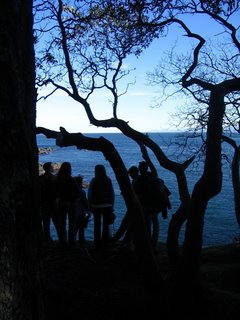 Well, it seems that this has turned into a silly picture contest. Luckily there is no one in the world who can beat (lose to?) Kylie in a silly photo contest. 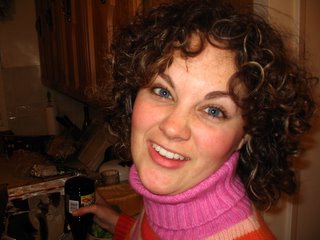 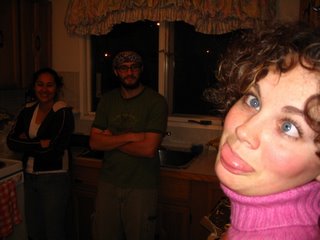 We are off to Victoria for a weekend conference. I had better hurry or we will miss our ferry and be 9 hours late instead of 7 hours late.
marc
at 2:14 PM 1 comment: 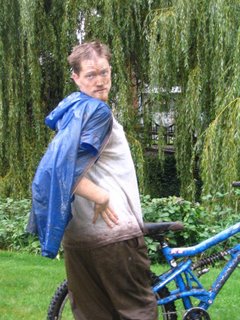 Marc is sad that the only picture of him is when he is in full martian gear so for those of you needing to see the REAL Marc here you go!
at 11:14 PM 5 comments: 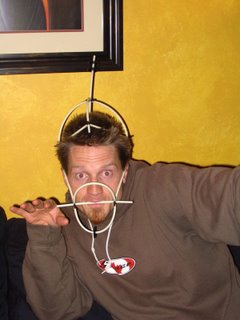 While Marc has recently discovered that I am in fact a Ninja (just in my off hours, no worries) I have recently discovered that my husband is in fact a martian. All of these years I have wondered why Marc is so much smarter than I am and after my recent discovery I now understand that Marc is receiving telepathic messages from aliens in space, which is why he never has to study and can remember all the information he learned in elementary, juniour high and high school as well as from every magazine article and newspaper article he has ever read. Thankfully he remembers my birthday and our anniversary too!
at 11:01 PM No comments:

I took Niko and my friend Levi for a rip on Vedder Mountain today. We pedaled up in just under an hour and encountered snow in the last 100m or so. It was Niko's first real bike ride. He did all the stunts and a couple of the drops and every time i looked back he was galloping behind me (except when he was waiting for Levi and blocking the trail). He's way too young to fully exercise so he only got one run. I won't take him biking very often until he's older, but it sure is fun. We'll see how he's feeling tomorrow.
Levi did fantastic as well. I think it was his fourth time mountain biking ever. He did some sweet skinnies and a few nice drops. That is pretty amazing considering he is 11 years old.
For those of you wondering, "Is it normal to bike up a canadian mountain in february?" I will only say that the Fraser Valley is a pretty sweet place to live. We had a cold snap this week. I think it actually got below zero overnight.

In other news the guy who was shot by Dick Cheney had a heart attack. This incident has generated alot of angst over Dick's association with the NRA. However, in my reading, very little has been mentioned about Dick's association with Halliburton, the mega corporation that he left in order to become VP. I won't belabour the evils of Halliburton as they are well known and can be further elucidated with a simple google search, but i will say that while accidentally shooting your buddy does not make you a bad guy, spearheading a propagandized war with little regard for human life and then reaping a healthy profit from the cleanup definitely does. Americans might be waking up, but they're 2 (or 6) years too late.

In happier news, I have recently discovered that my wife is in fact a ninja.
marc 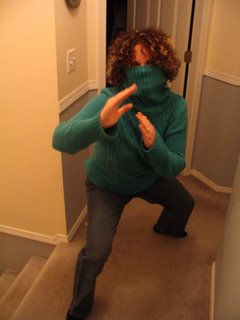 I actually started this blog so I could post to my friend Sparks' elitist blog. His only post read "temporary". However his blog seems to be more of a place holder at this time, so I am reposting my midnight ramblings here.

temporary eh?
I've really noticed lately how temporary the present is. My conciousness feels like a constant and yet the only constant in my reality is the rapidity of change. I am in a different situation than i was in yesterday and the choices available to me at any one time have been subtly altered by what has occurred around me in the last 5 minutes. However all that has occurred around me has been influenced by the choices I have made in the time leading up to that.
Having recognized this phenomenon you would think that i would take advantage of it, but the weeks seem to fly by with only my pinky maintaining a tenuous grip on the steeringwheel of my life.

Valentine's update.
Kylie (the author and subject of the last post) and I went for a sunset picnic on a beach near our house. Highlights were the stars and blueberry wine. Lowlights included Niko spilling my blueberry wine. In fact at one point Kylie referred to Niko as our mitt stealing, wine spilling, sandwich licking puppy.
On the way home we made two stops and at both stops the cashier commented on my hoodie. Kylie gave it to me for christmas. Good pick Kylie!
at 11:43 PM No comments: 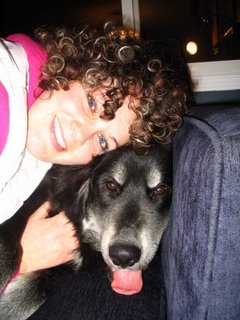 This is our cute puppy Niko. He is no longer much of a puppy (he weighs 60 pounds). He is the funnest and cutest dog EVER! (I know that many dog owners will say that their dog is the cutest, but I on the other hand KNOW that mine is. :)
at 1:58 PM No comments: 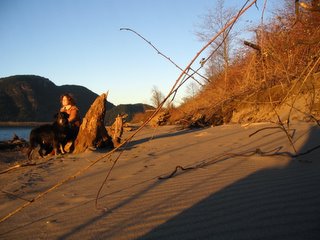 Like pictures.
This is a beach on the Fraser river by our house.
at 6:30 PM No comments: 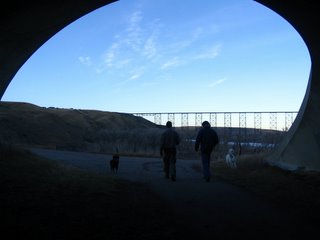 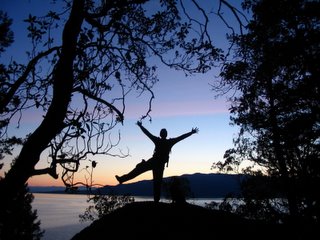 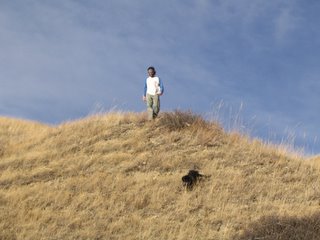 We will be terrible fairweather bloggers but i need a place to put things.
at 6:20 PM No comments: