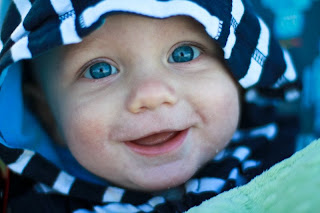 It has been a bit insane around here lately between moving, renovations and cursing every piece of technology that has been installed or purchased for this house. (This includes 3 iphones, Bell Cable, Shaw Cable, a landline, a lawn mower, 2 computer chargers and a mastercard machine.) **No we didn't purchase a mastercard machine, mine just rendered one absolutely useless. After a week of having TV, phones and computers stop working on us, I told the clerk that it was me and I should probably not touch anything else in the store - especially since it was a phone store!!)

There is currently an oven, sink and gas range on our porch. (If you are my facebook friend you already know that!) We will hopefully done major renos to our new house next week and I will post some pictures. We are loving our new place and are enjoying settling in. In between the craziness my mom came for a visit and we headed back to Lethbridge while Marc went to Alaska. (I apologize to those of you I did not see in Lethbridge, I kept this to a family only visit.) :) 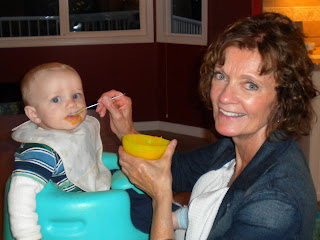 We still have to go for walks (poor us) because of Niko Bear. The weather was beautiful when my mom was here. 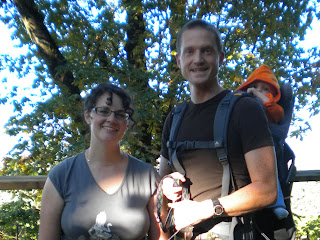 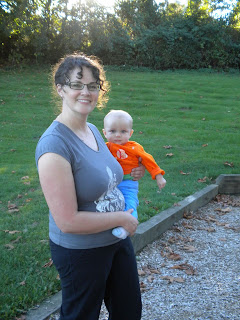 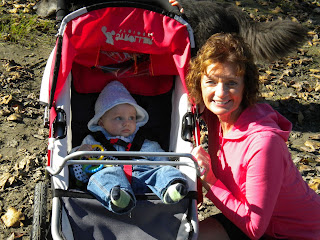 My mom and I headed to Lethbridge. Here we are waiting at the Abbotsford airport. Ty wanted to share my apple. 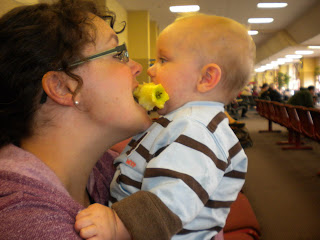 We spent Thanksgiving with my family and Raquel's family. Here is my lovely niece Maria. 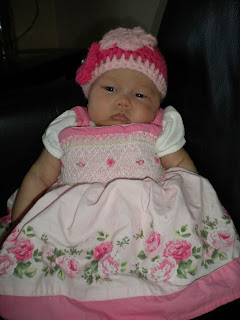 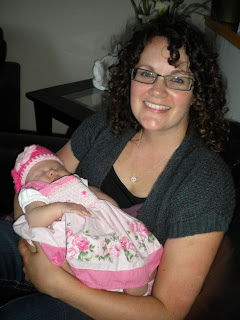 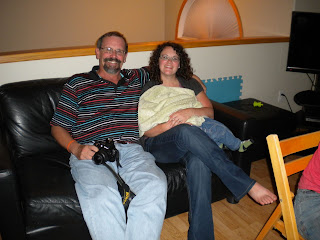 Julie, Lowell and I got out for a walk one day and went to Broxburn Restaurant to celebrate Julie's birthday. Afterwards we picked strawberries and posed Ty in the pumpkin patch. 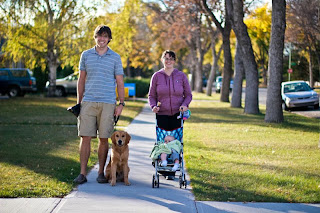 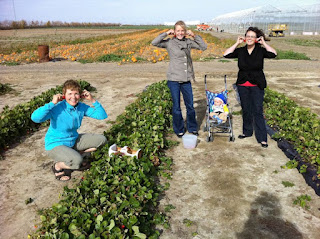 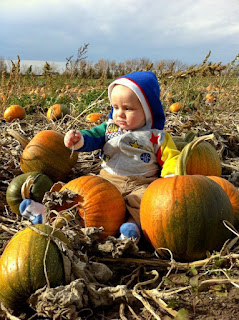 Here's to less craziness and more posting this coming month. Happy Halloween everyone!
at 6:15 PM 1 comment: 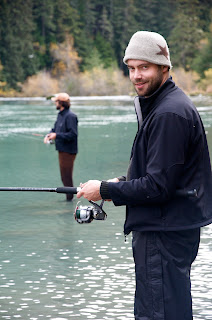 last week fraser, arie and myself met up in whitehorse, rented a sweet RV and drove up over the pass and down to the coast. ostensibly we were fishing for coho salmon on the rivers of haines, alaska, but really we were just hanging around outside watching the eagles and the bears. 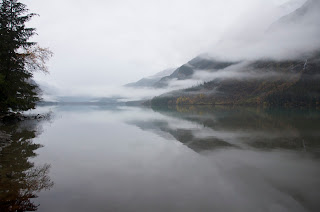 chilkoot lake, where we camped for the majority of our trip.

it's a good thing that the fishing was more of an excuse than a reason, b/c the coho declined to show up this year, or at least not in numbers that made them easy to yank out of the water. there were a few fish in the river, as the bears can attest. 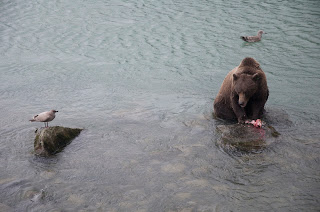 grizzlies came down to the river every day to fish for salmon. we were privileged to watch a mamma bear fishing while her cubs gambolled on the river's edge. she did a bit of teaching, but mostly the cubs played while she trolled the river. 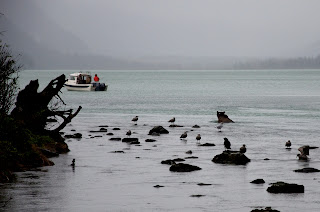 there's mamma on the right, with one of the cubs sitting on a stump on the left bank. 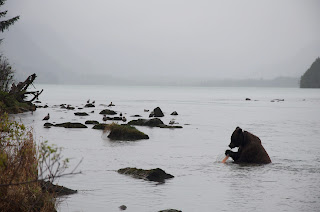 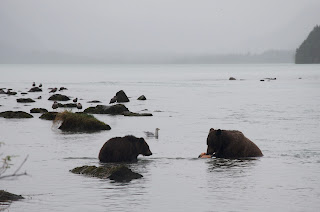 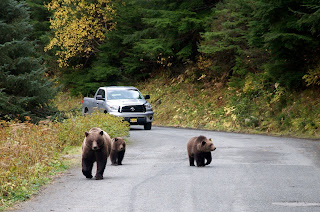 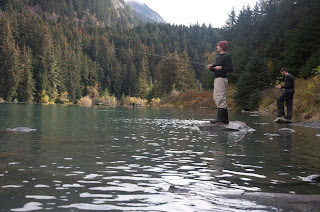 here is arie and i fishing the chilkoot river just downstream from the bears. i neglected to take a picture of the bald eagles, but they were continually swooping up and down the valley fishing and irritating the resident gulls. 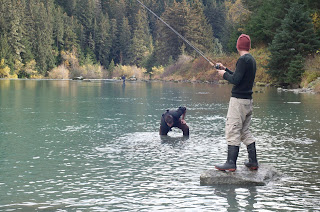 arie got fed up with not catching anything and tried the bear's method to no avail. 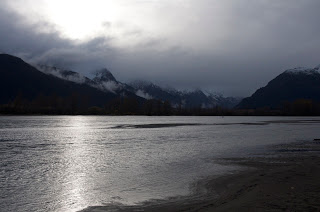 after striking out on the chilkoot, we drove to the other side of haines and tried our luck on the wide and shallow chilkat. nothing there either, but the views were great. 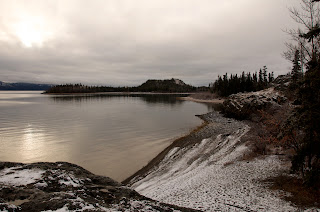 after returning across the mountains and camping illicitly in kluane national park we dropped arie off at the airport and proceeded to lake laberge, where we didnt fish at all. 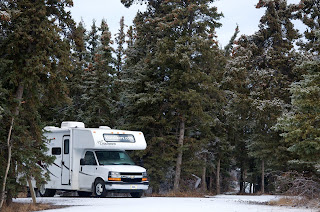 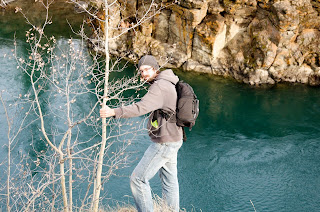 finally fraser and i returned to whitehorse to prowl the antique shops, visit some of his old friends and explore the nearby canyon.

so, no fish, but still a great fishing trip... as fraser and arie kept repeating, "a bad day fishing is still better than a good day at work!" amen.