Oh how behind we are on this little blog of ours. Levi was baptized at the beginning of September and we had a party after to celebrate his baptism as well as the finishing of our deck.  We started out with the church service in the morning.  Marc's cousin Janina preached about the Kingdom of Heaven, and about how furthering the kingdom of heaven on earth is like doing your family chores.  As the mother says to her child, "You are a part of this family.  You will do your chores!" 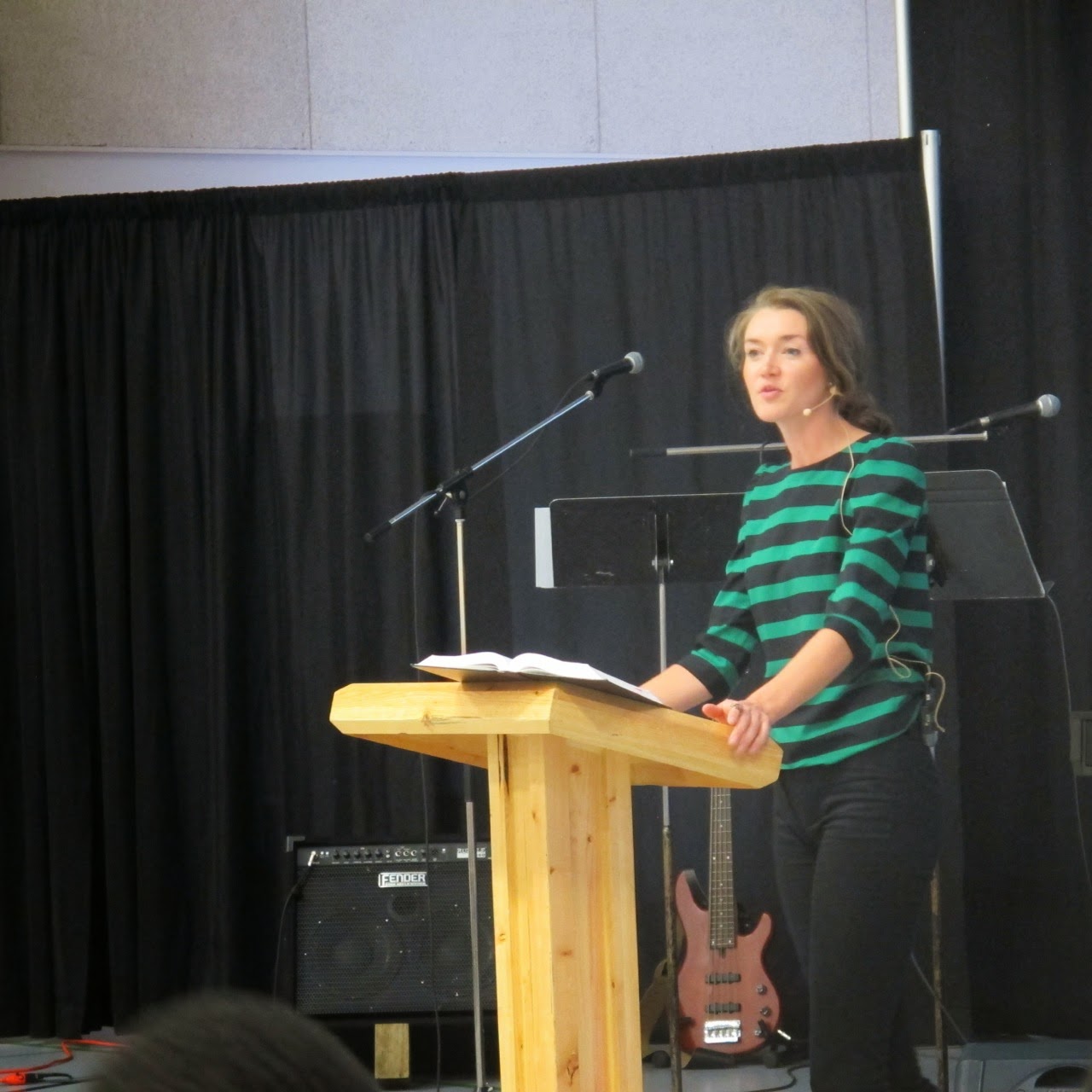 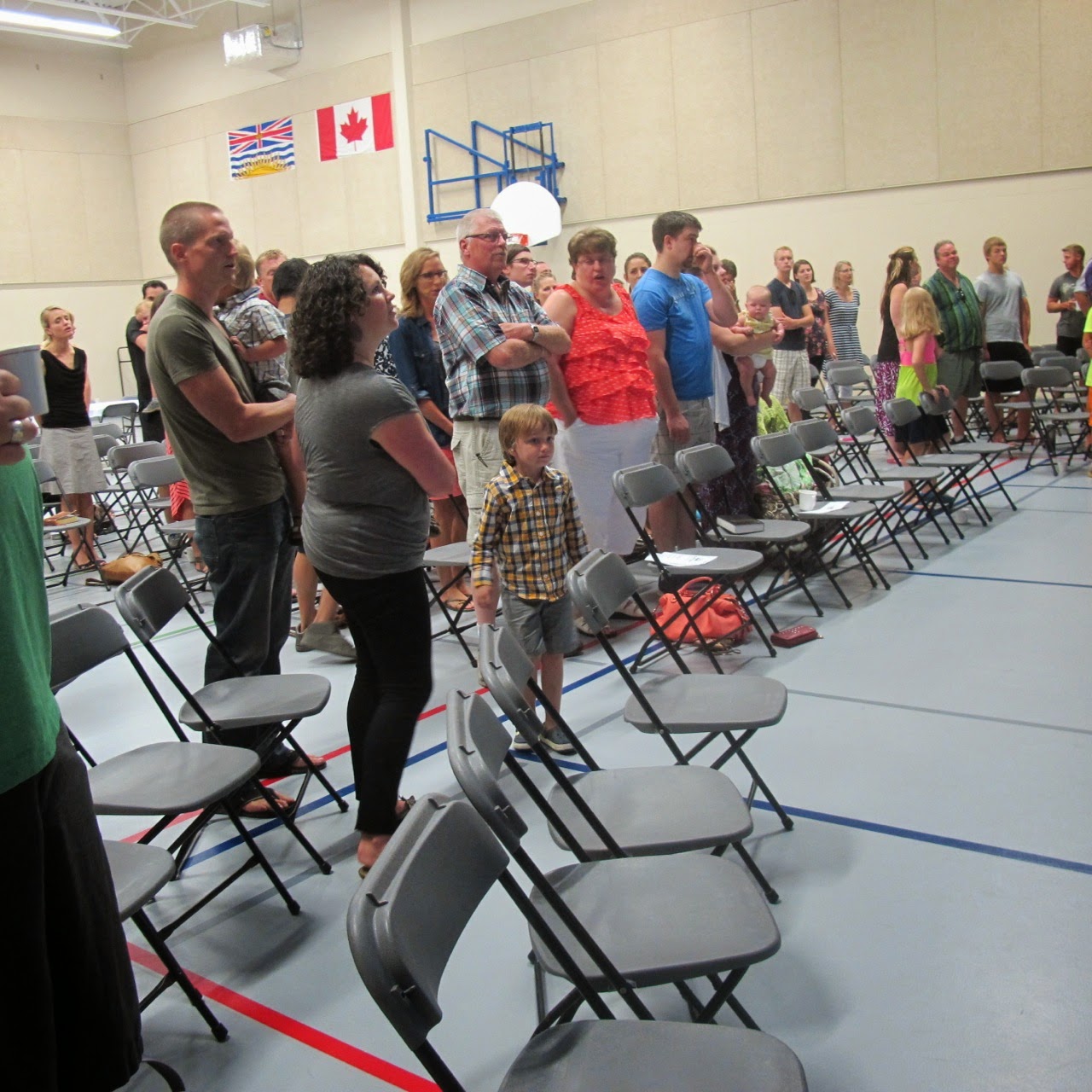 And Pastor Mike (whose son Levi is whom Levi is named after) made it with no moments to spare ;) to baptize him after having duties at his church in Abbotsford that morning.  There was quite the shout of celebration after he walked in the door (especially from the music team who were playing songs extra slow and extra long in anticipation of his arrival) ;) 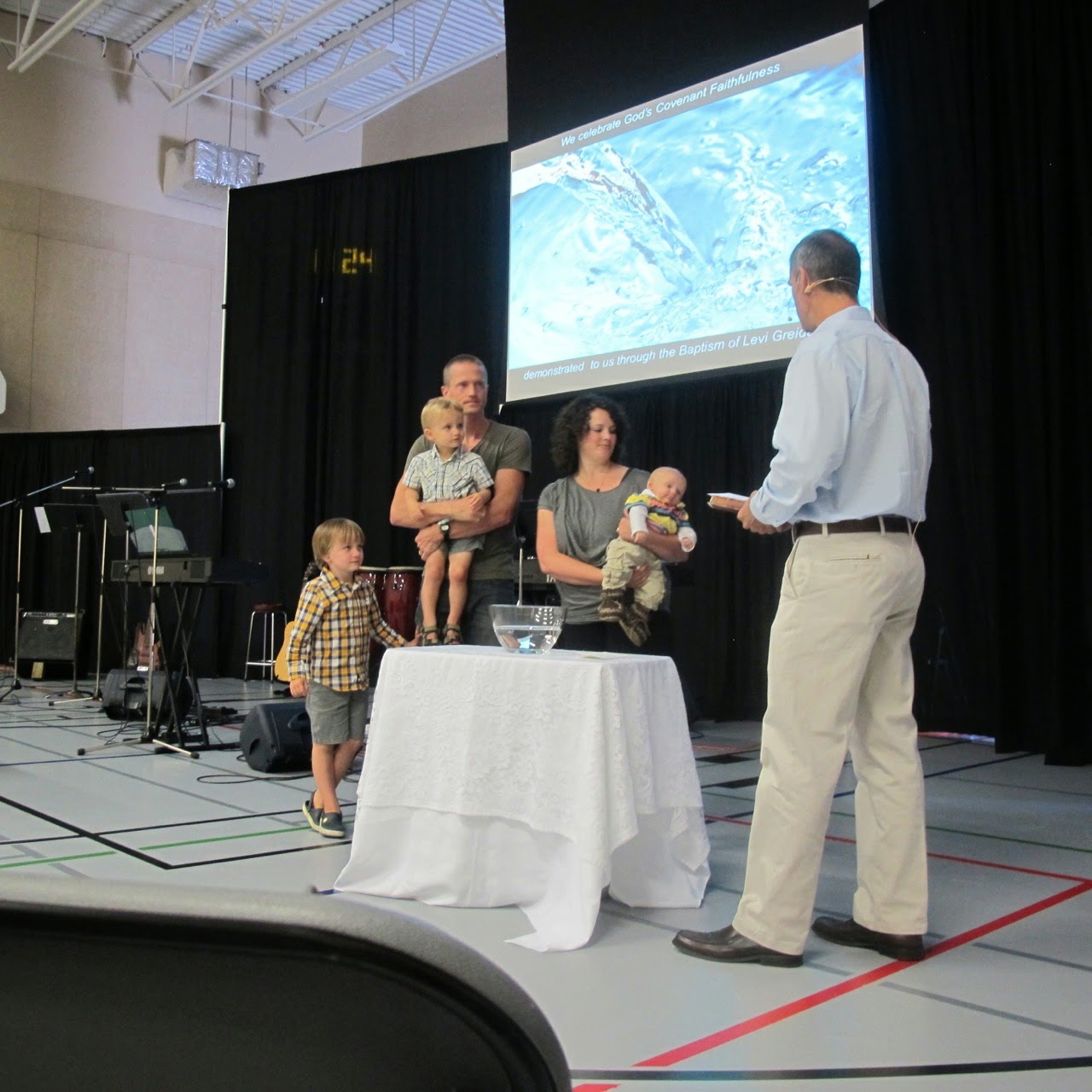 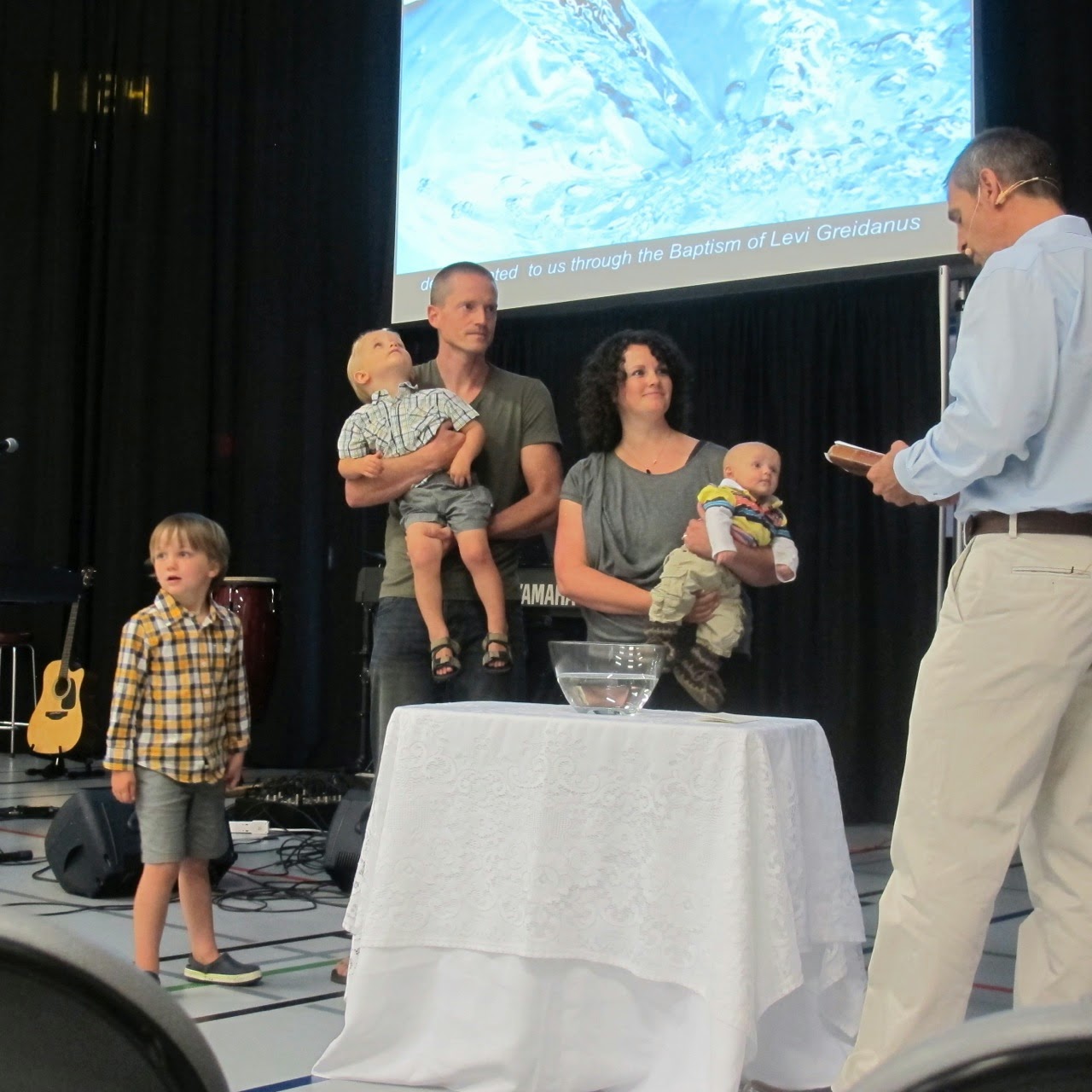 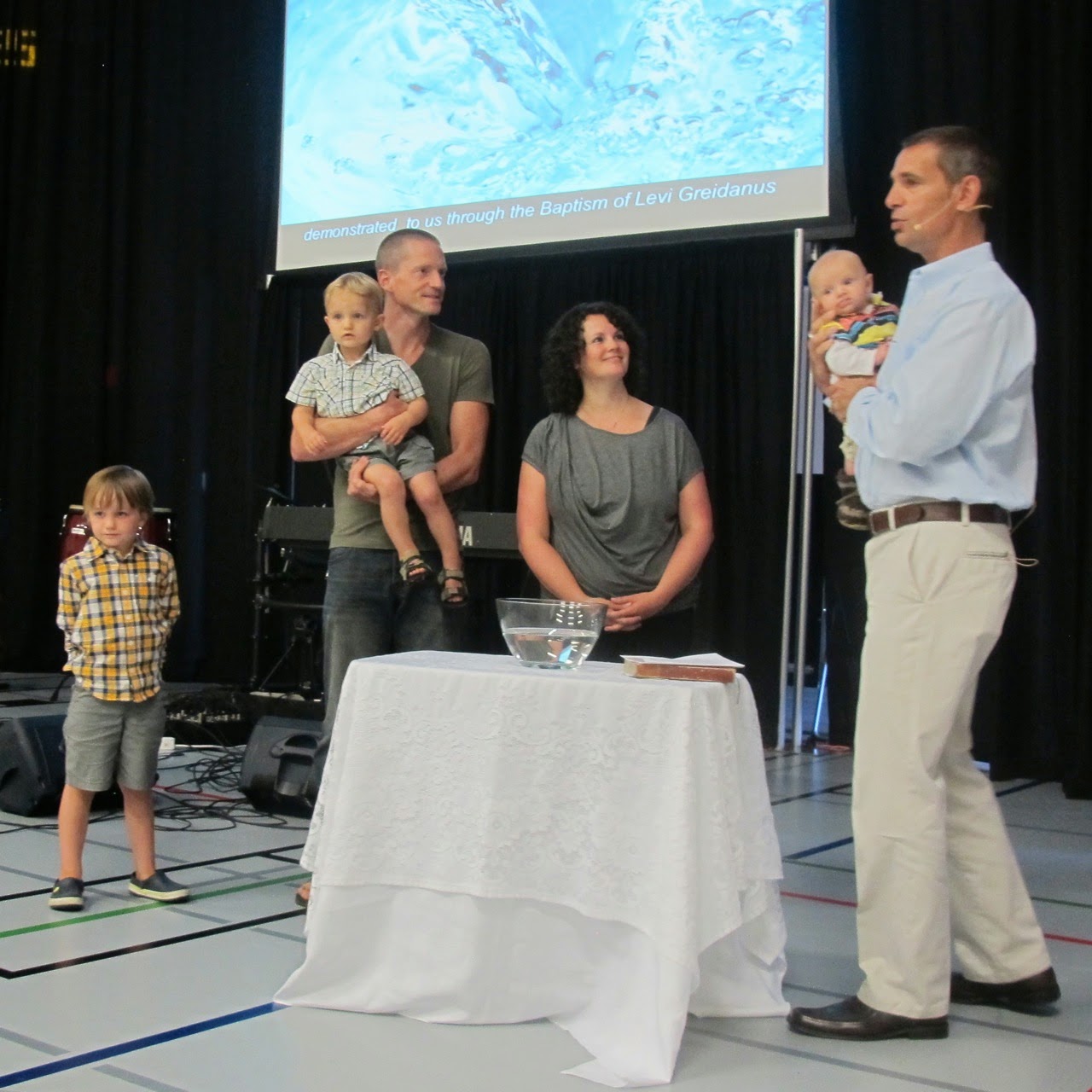 We had many family members and friends come from the Valley to attend the service.  Here is Marc's cousin and Ryan and his son getting to know Auntie Bette. 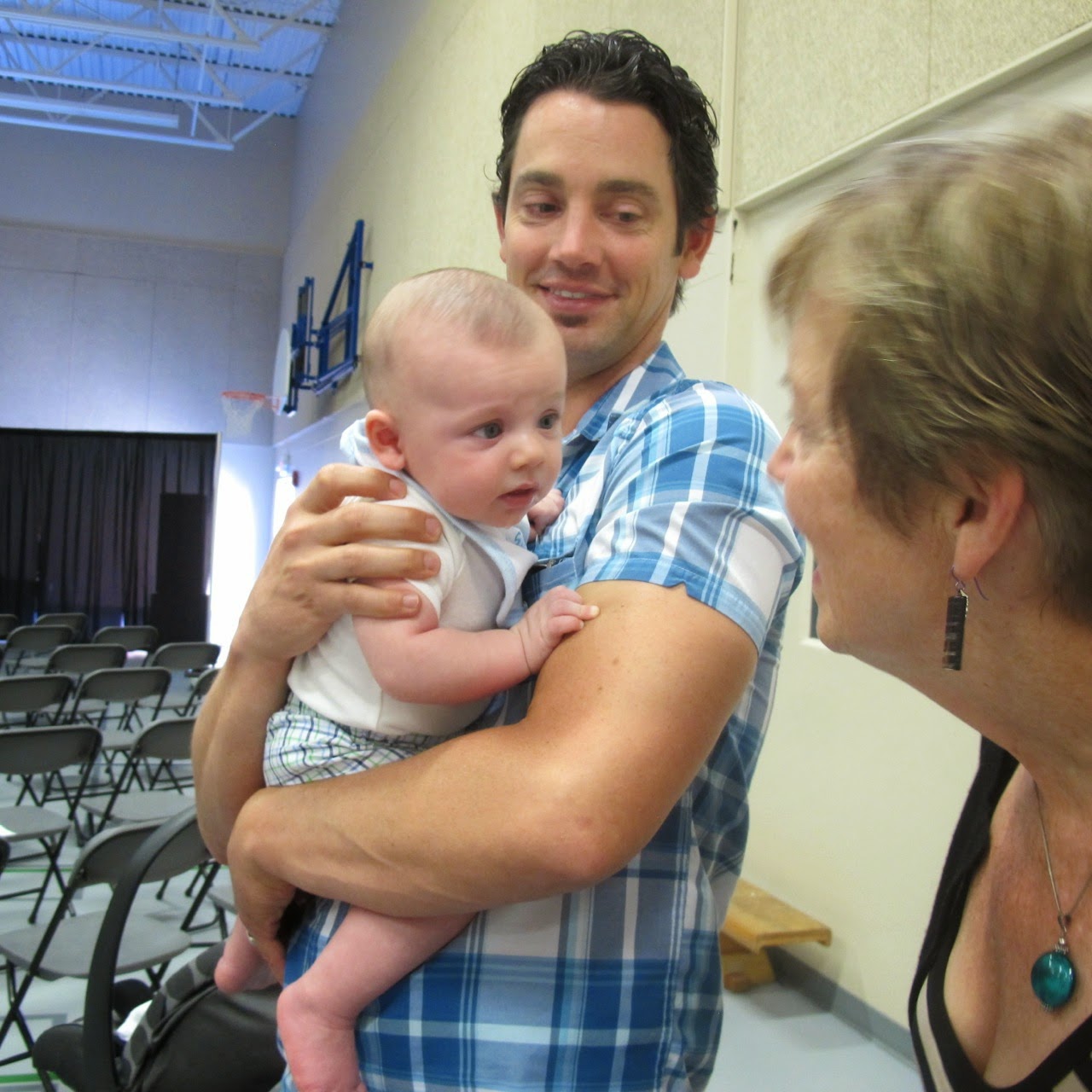 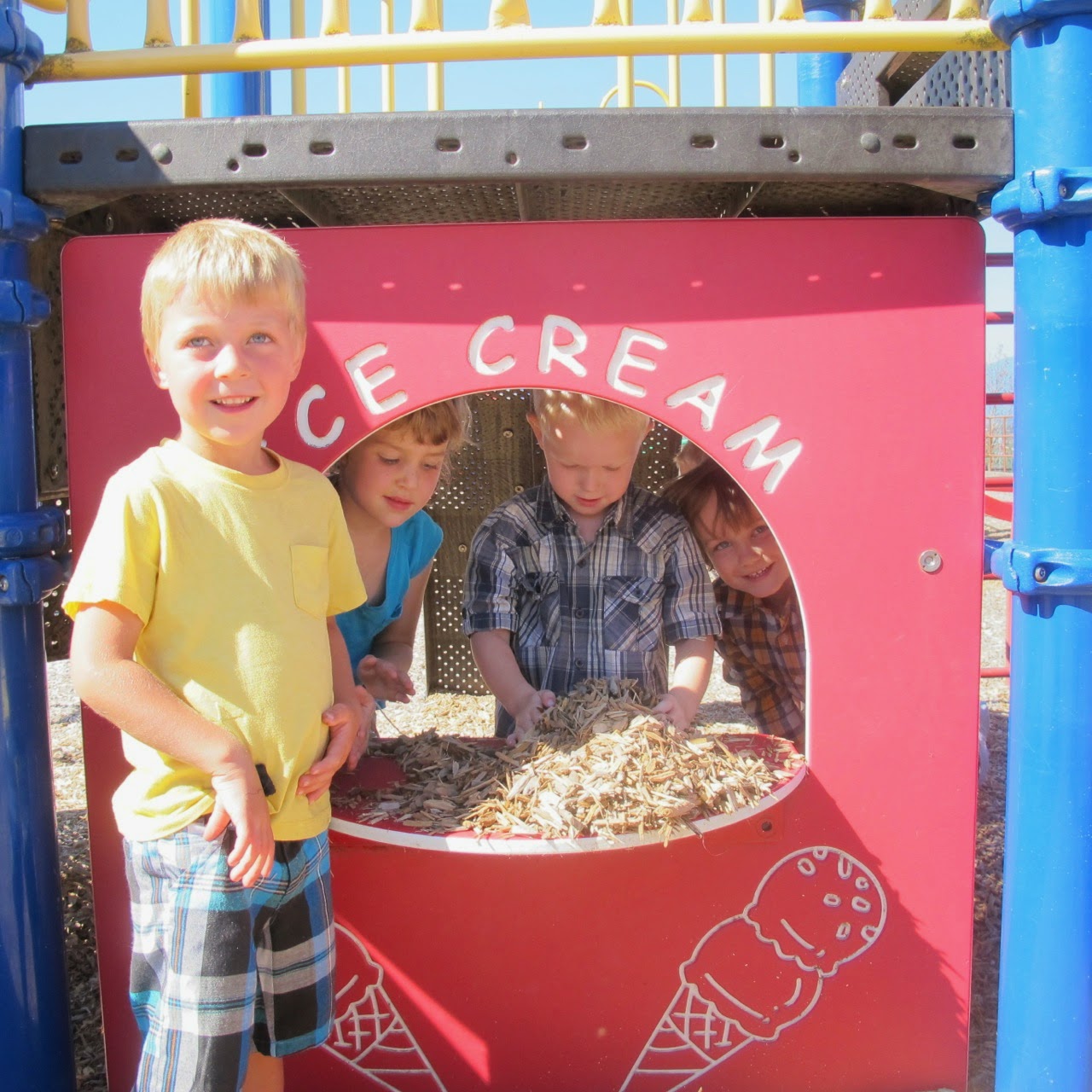 The party started with lunch with the relatives on the deck: 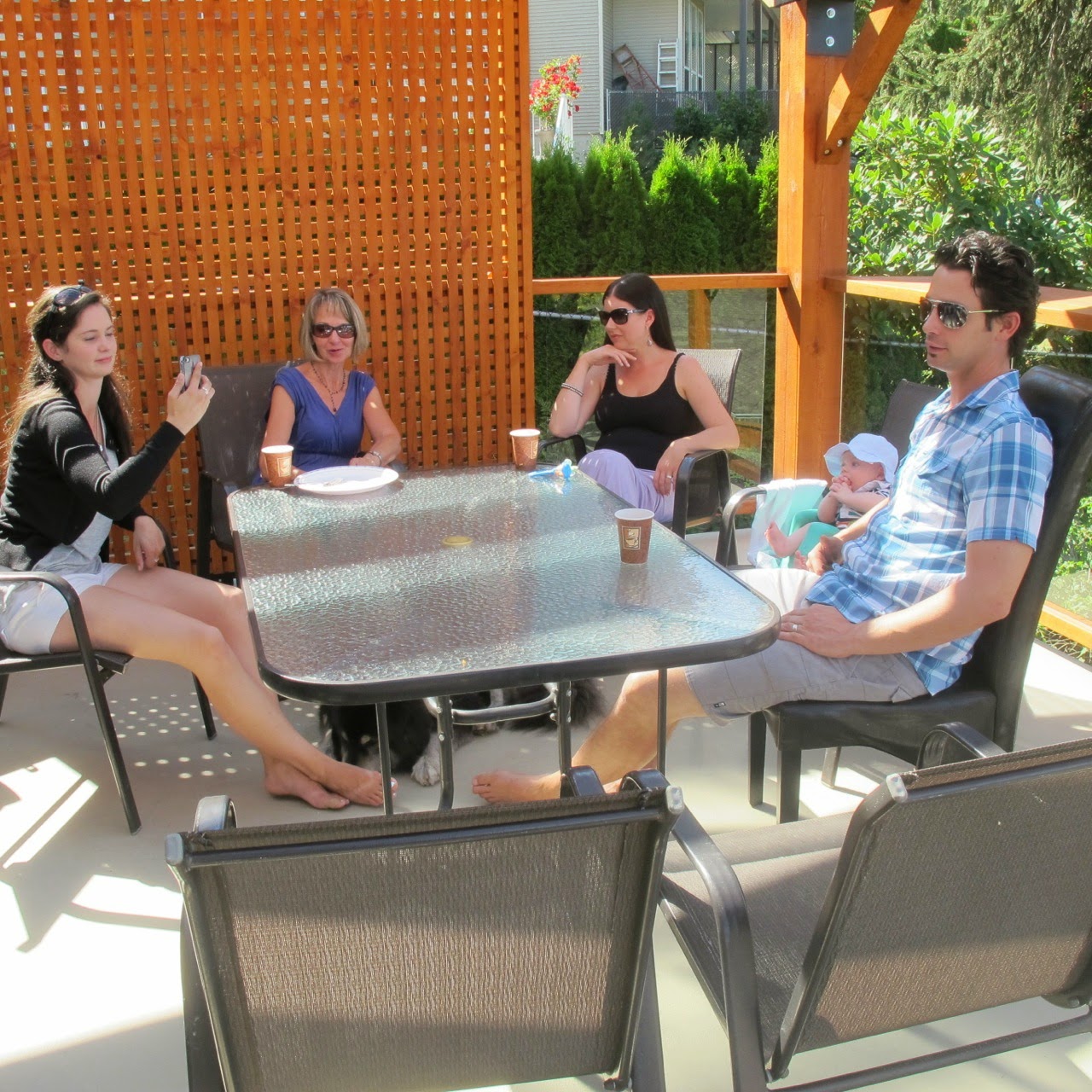 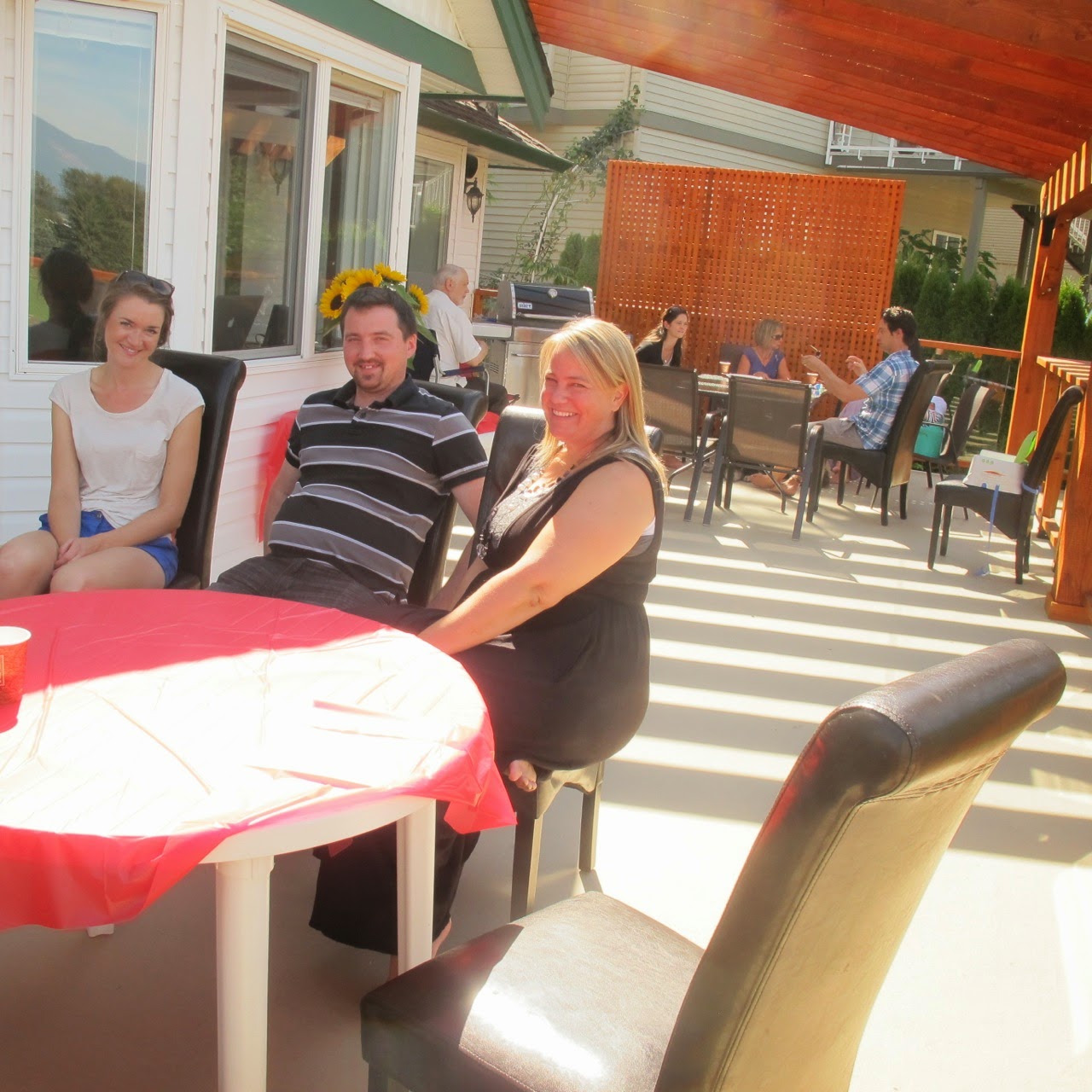 Then around 3:00 the party really got started.  The pig was ready and the bouncy castle primed . . . 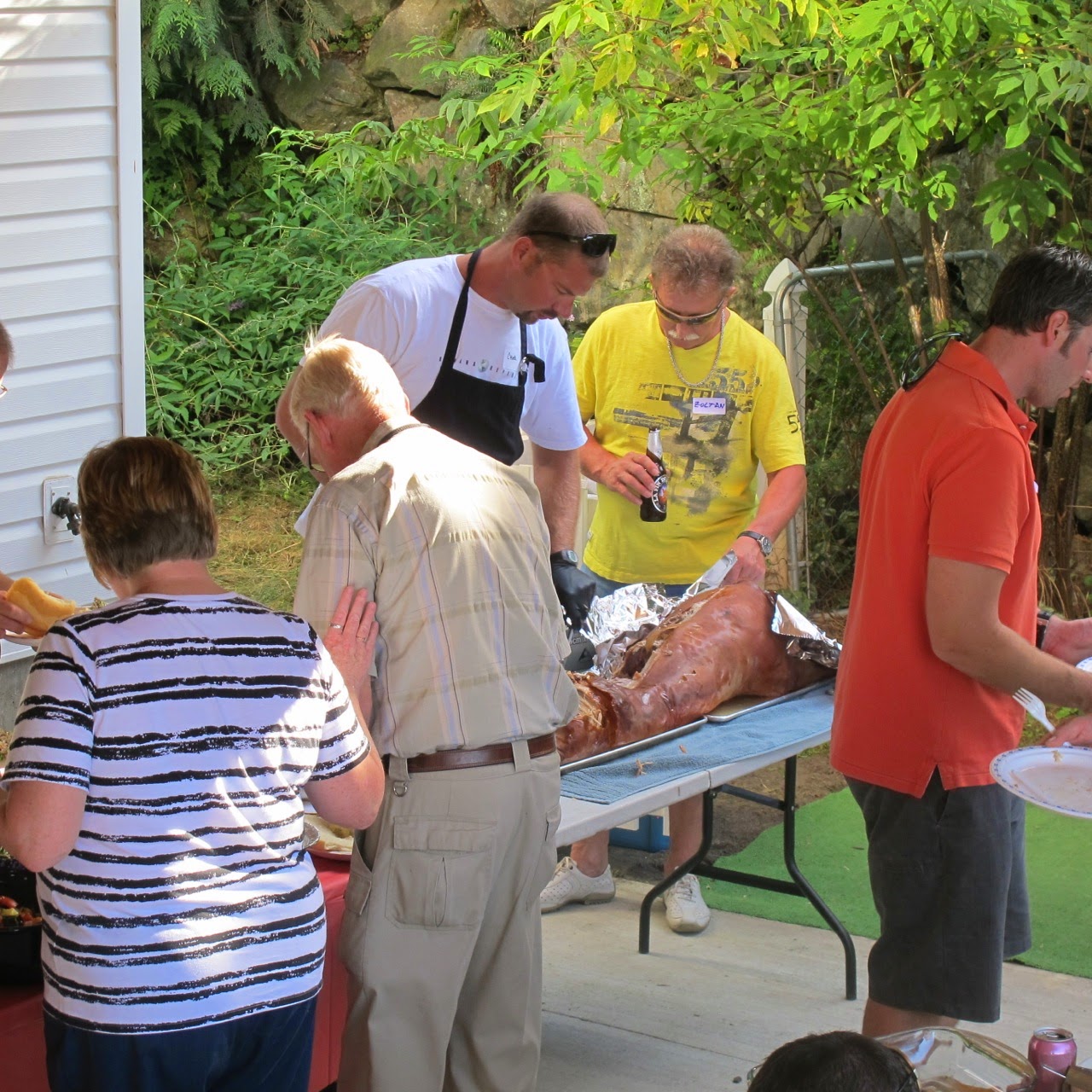 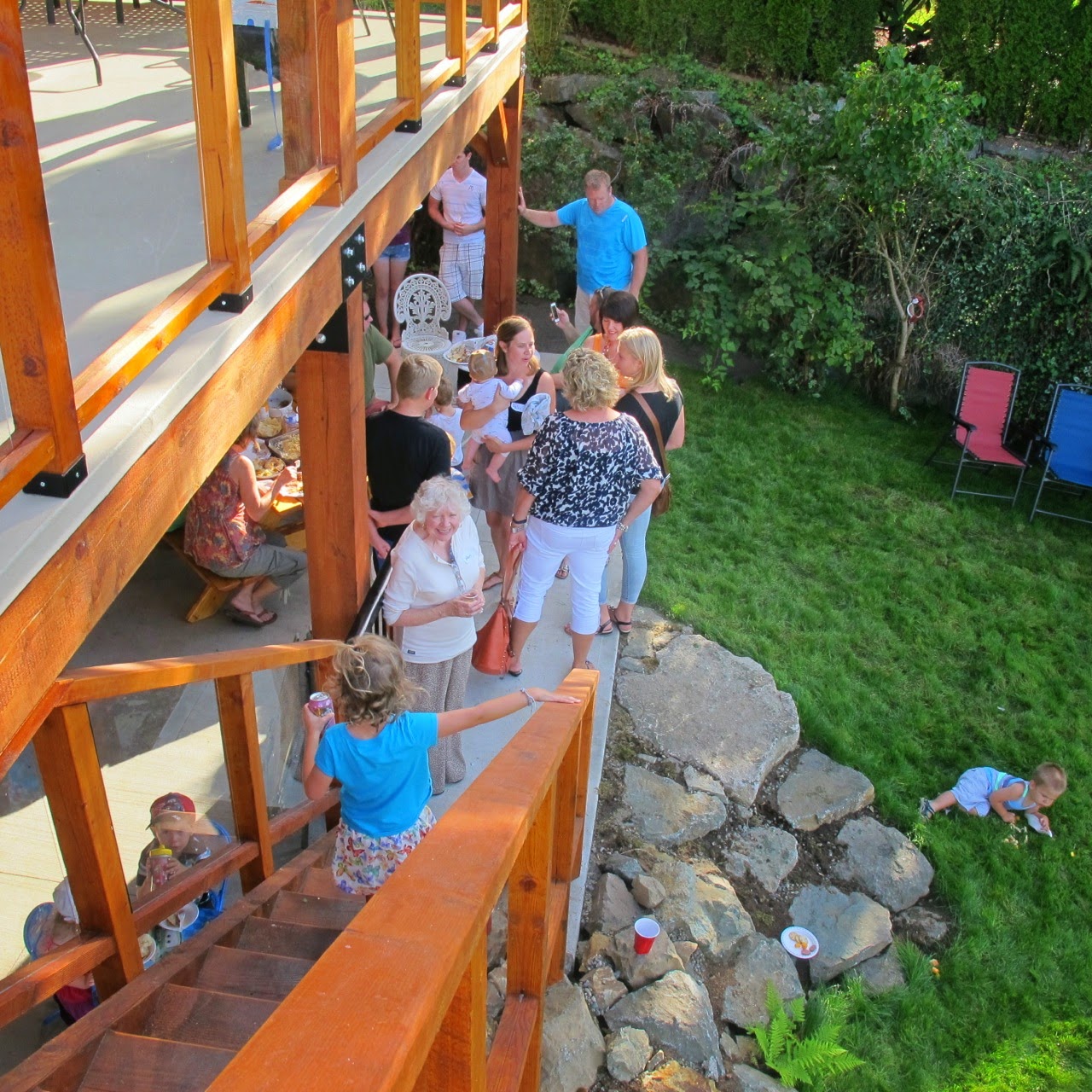 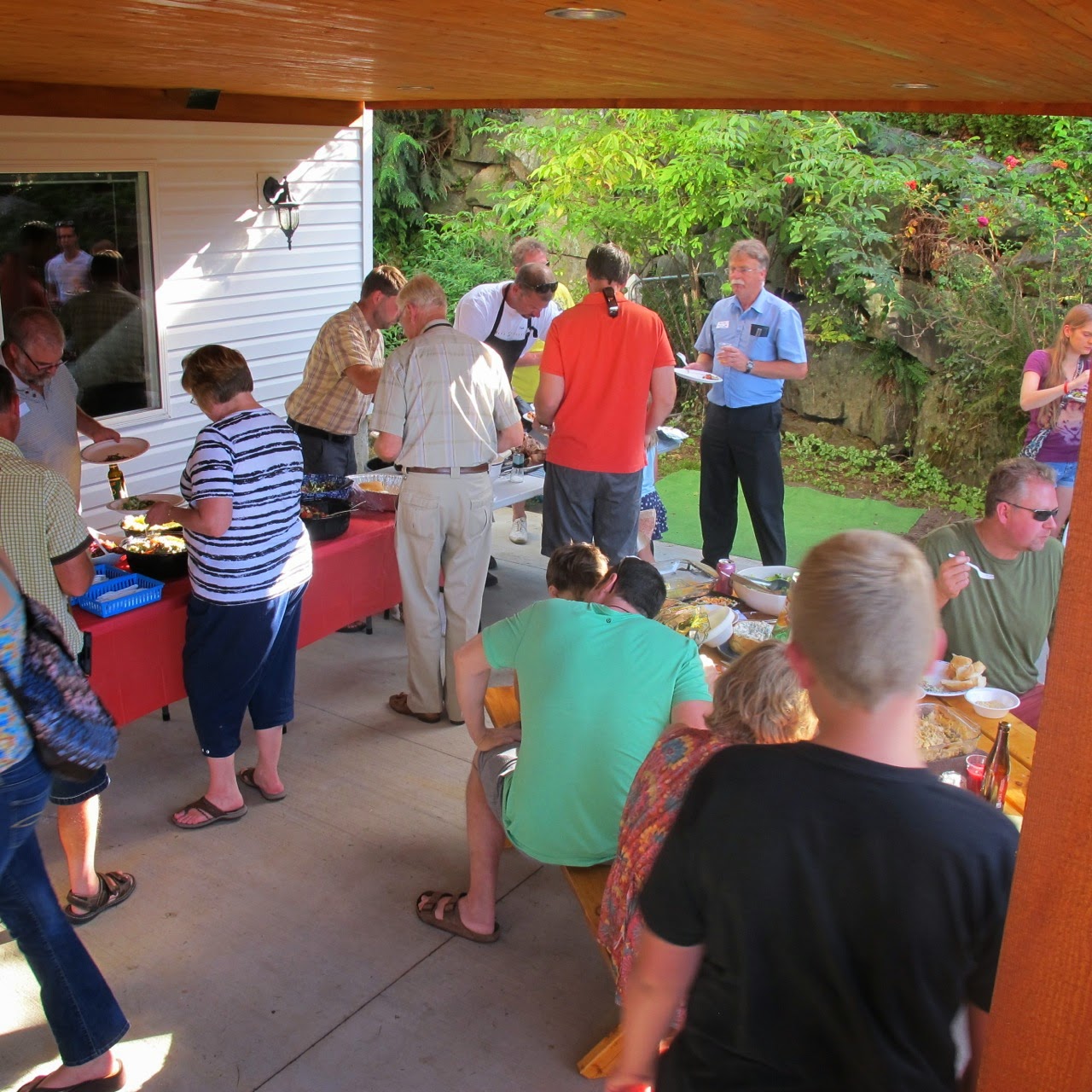 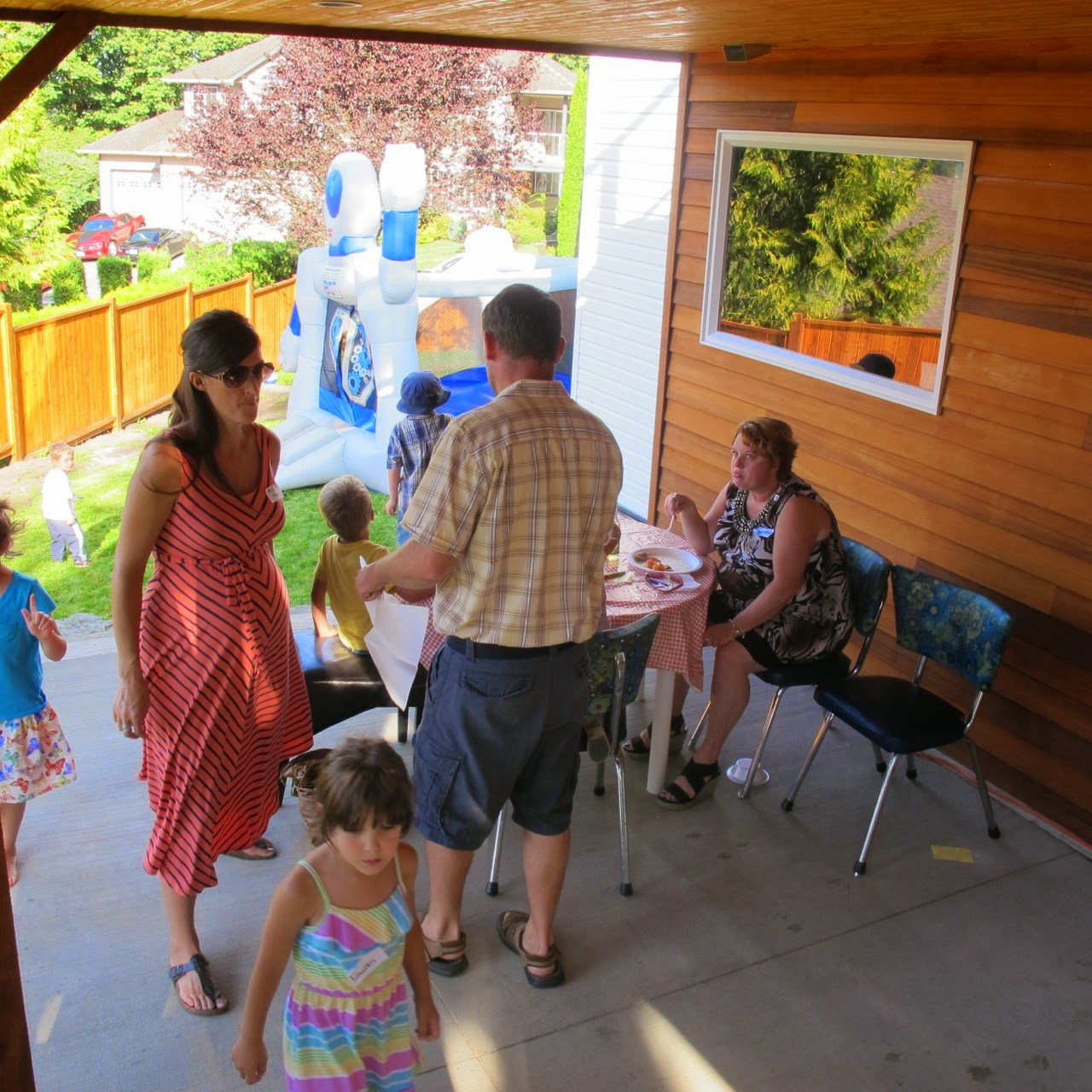 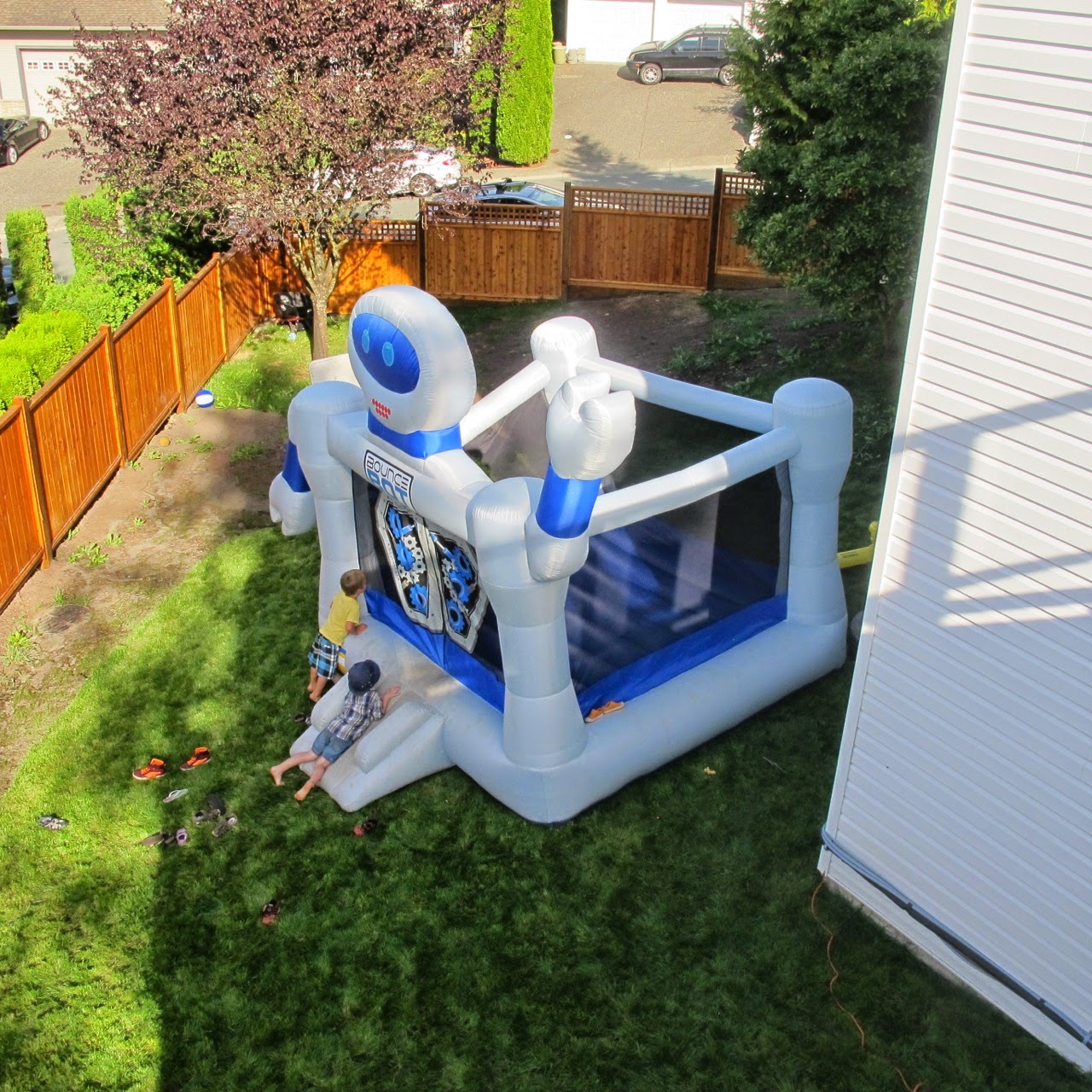 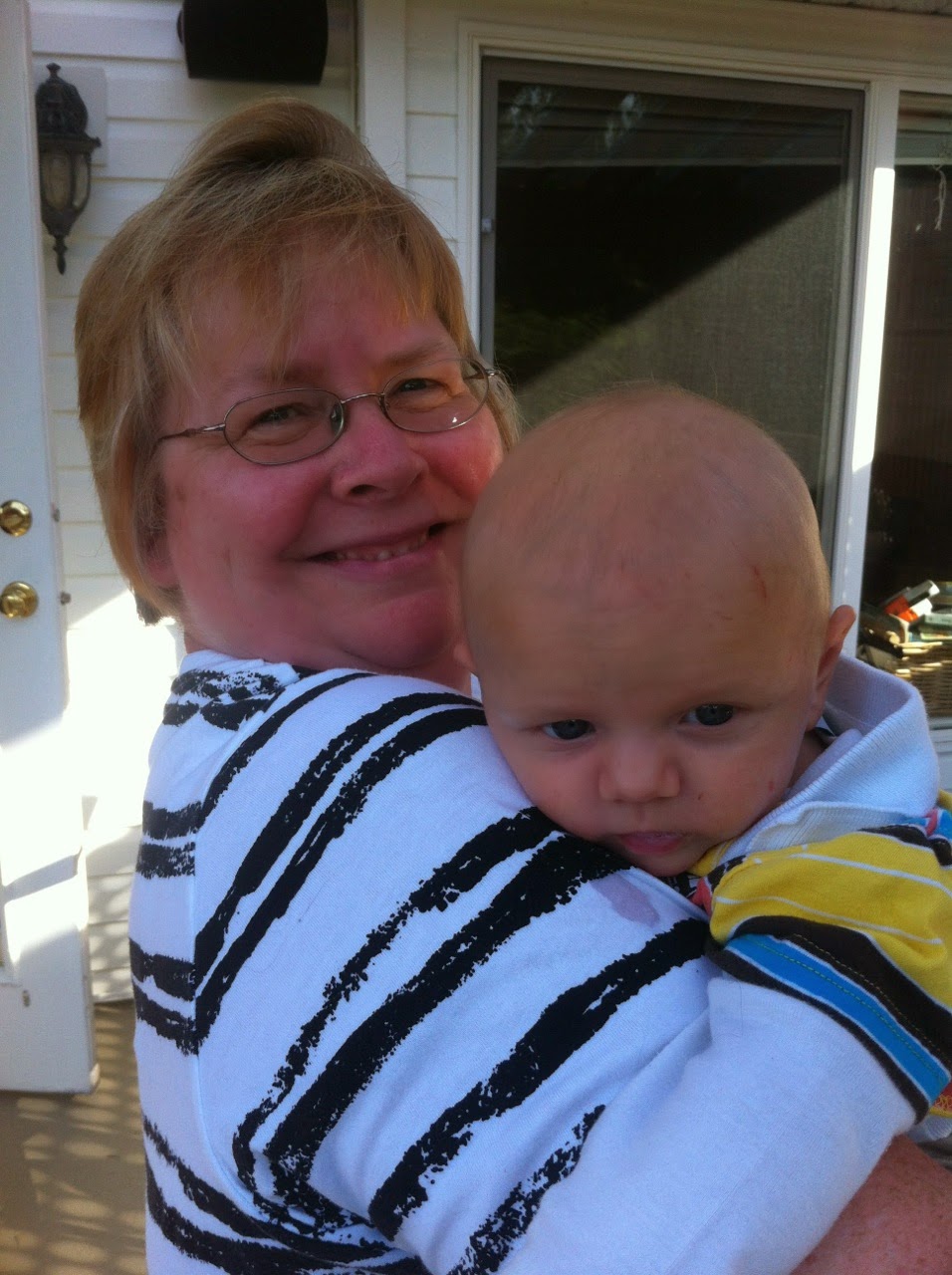 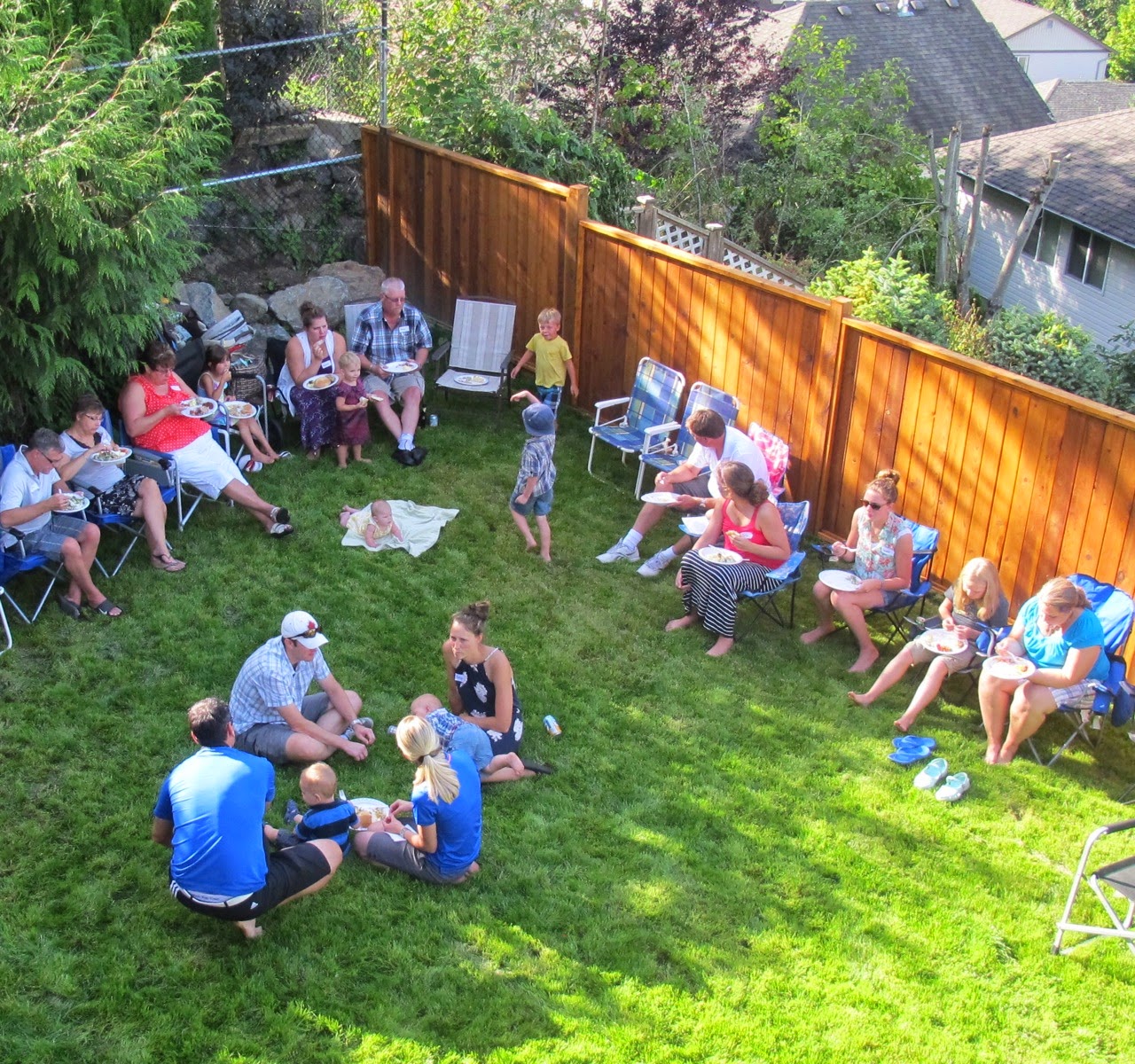 In total we had just over 125 people at our house.  Crazy busy and lots of fun!  Marc and I either felt like we were either saying hello or goodbye to someone the whole time but we had a wonderful time and were so happy to welcome Levi into his community! 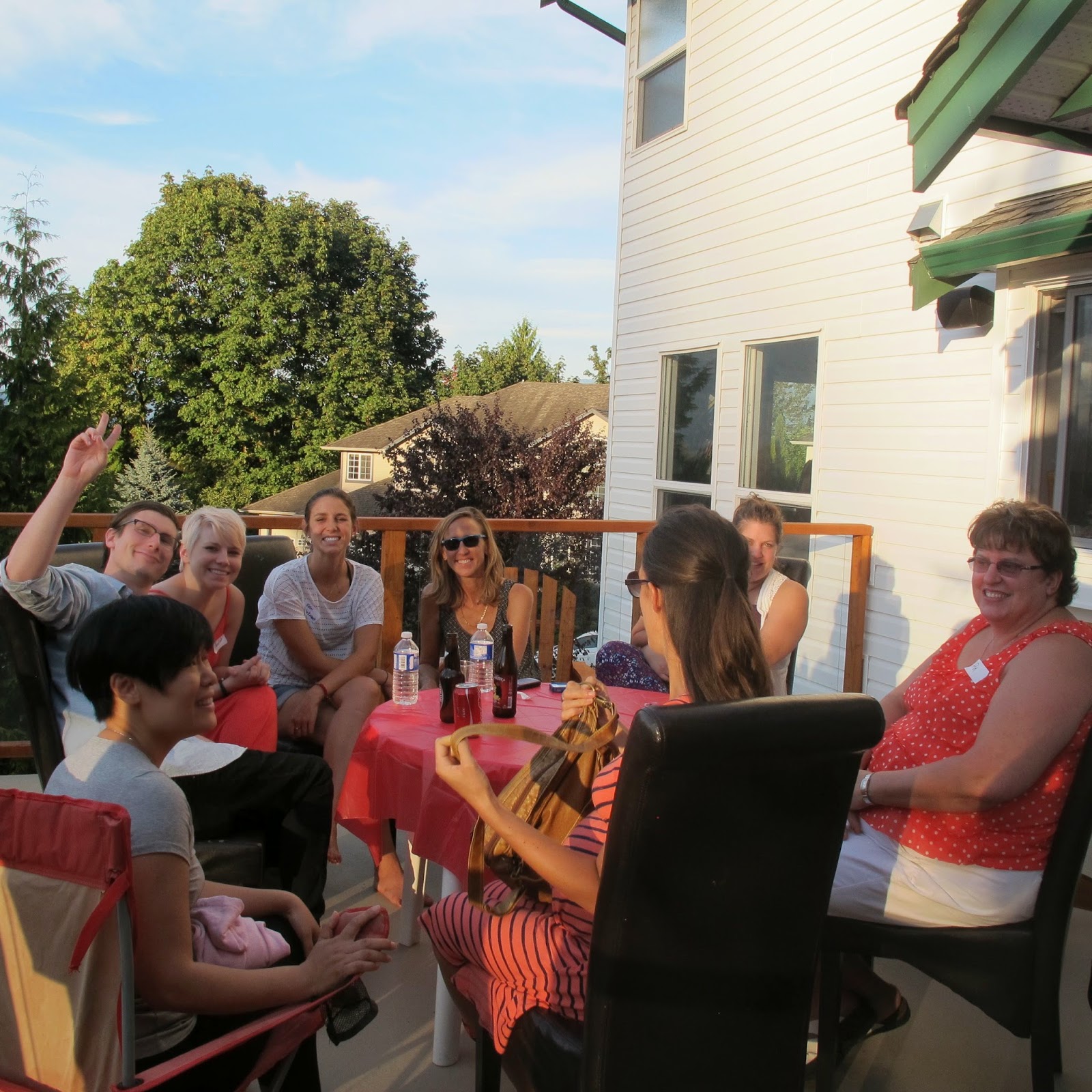 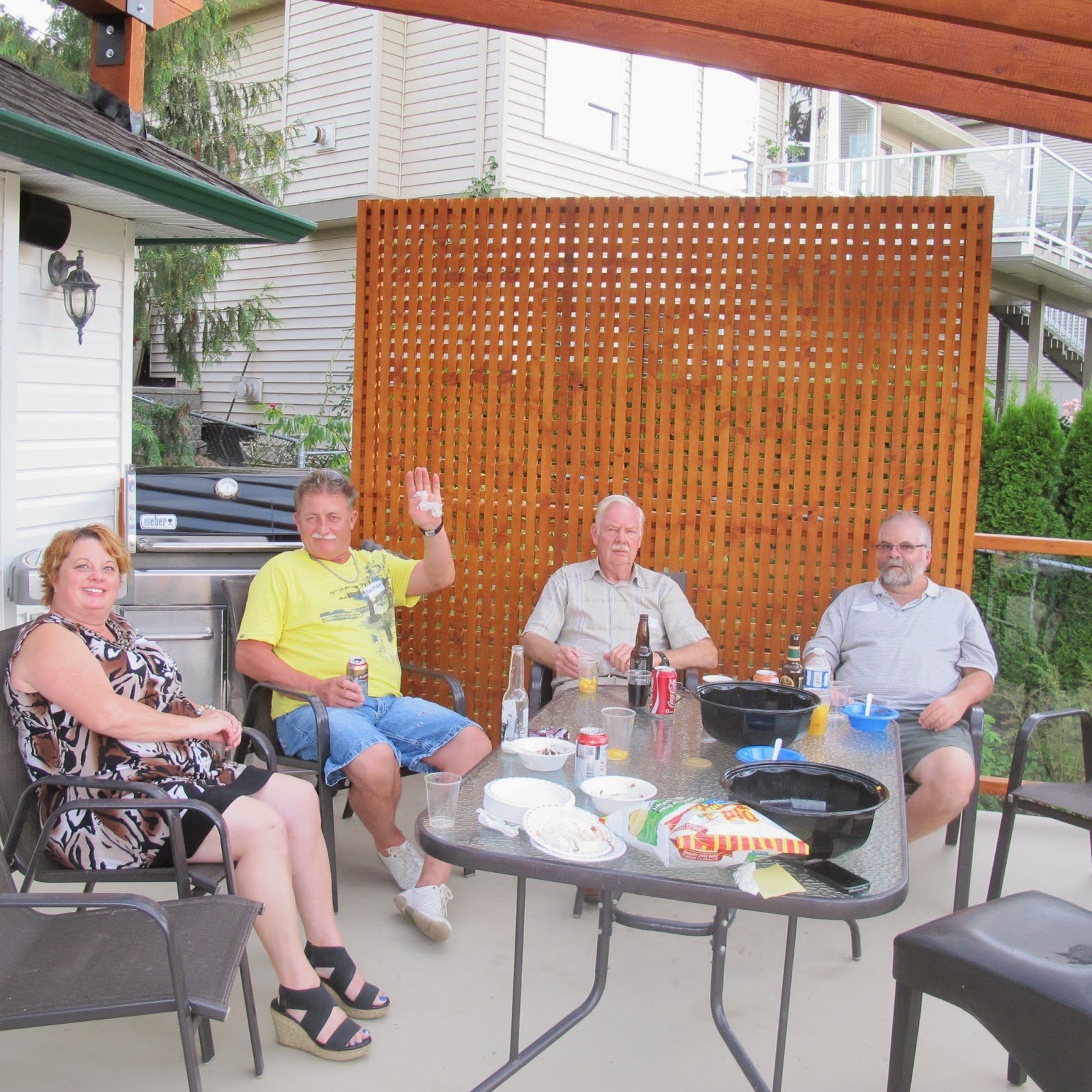 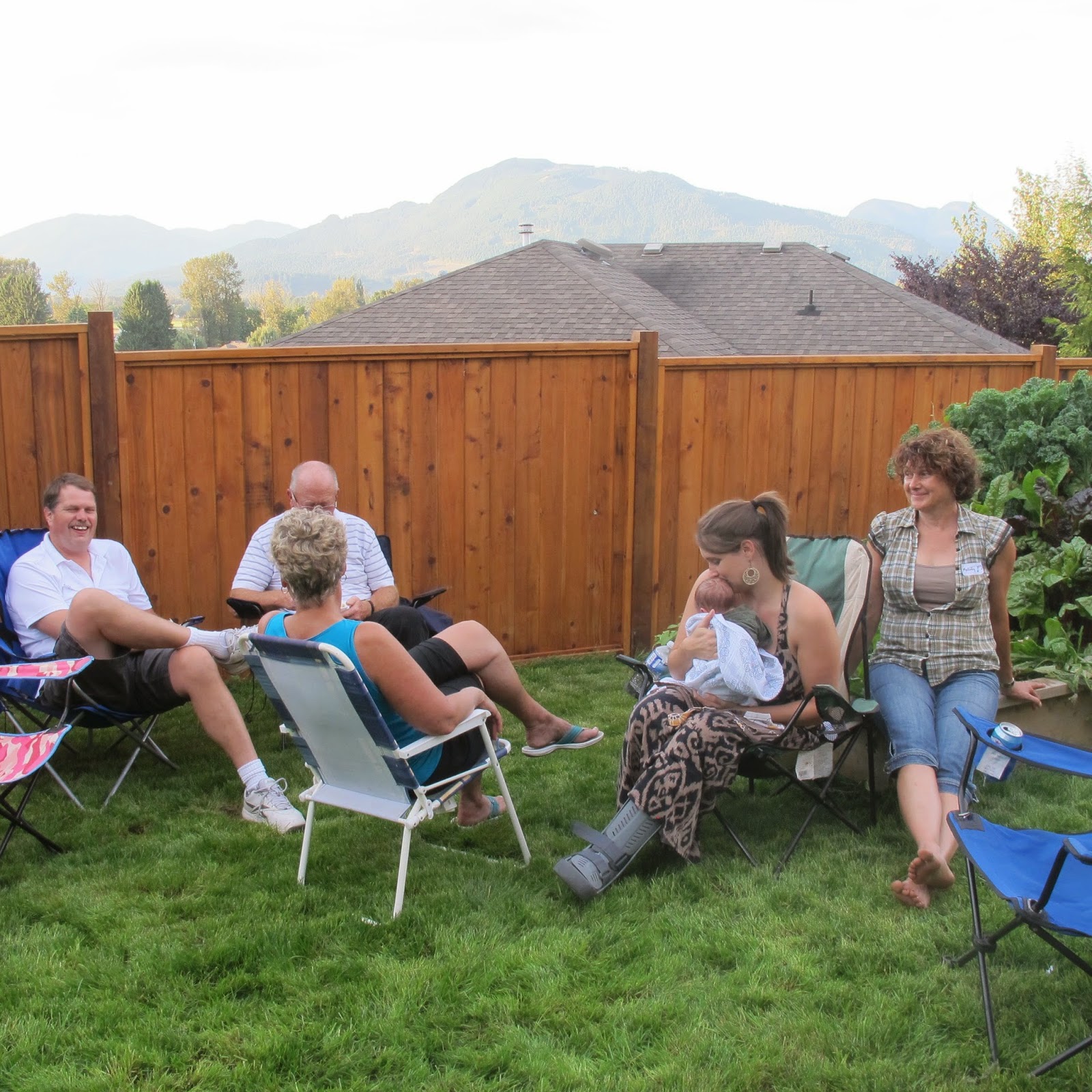 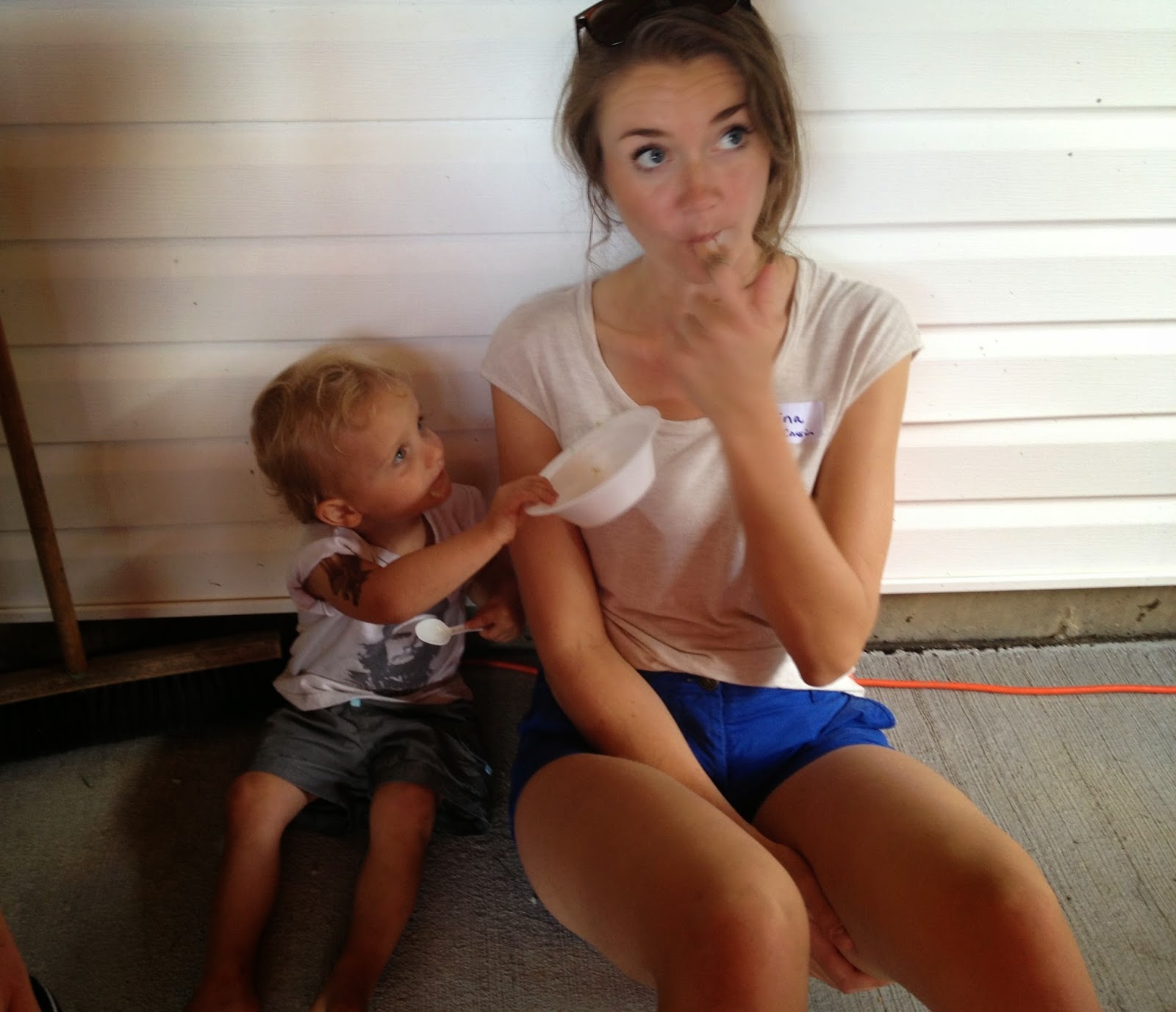 At the end of the night we brought out the airplanes and launched them off the porch . . . 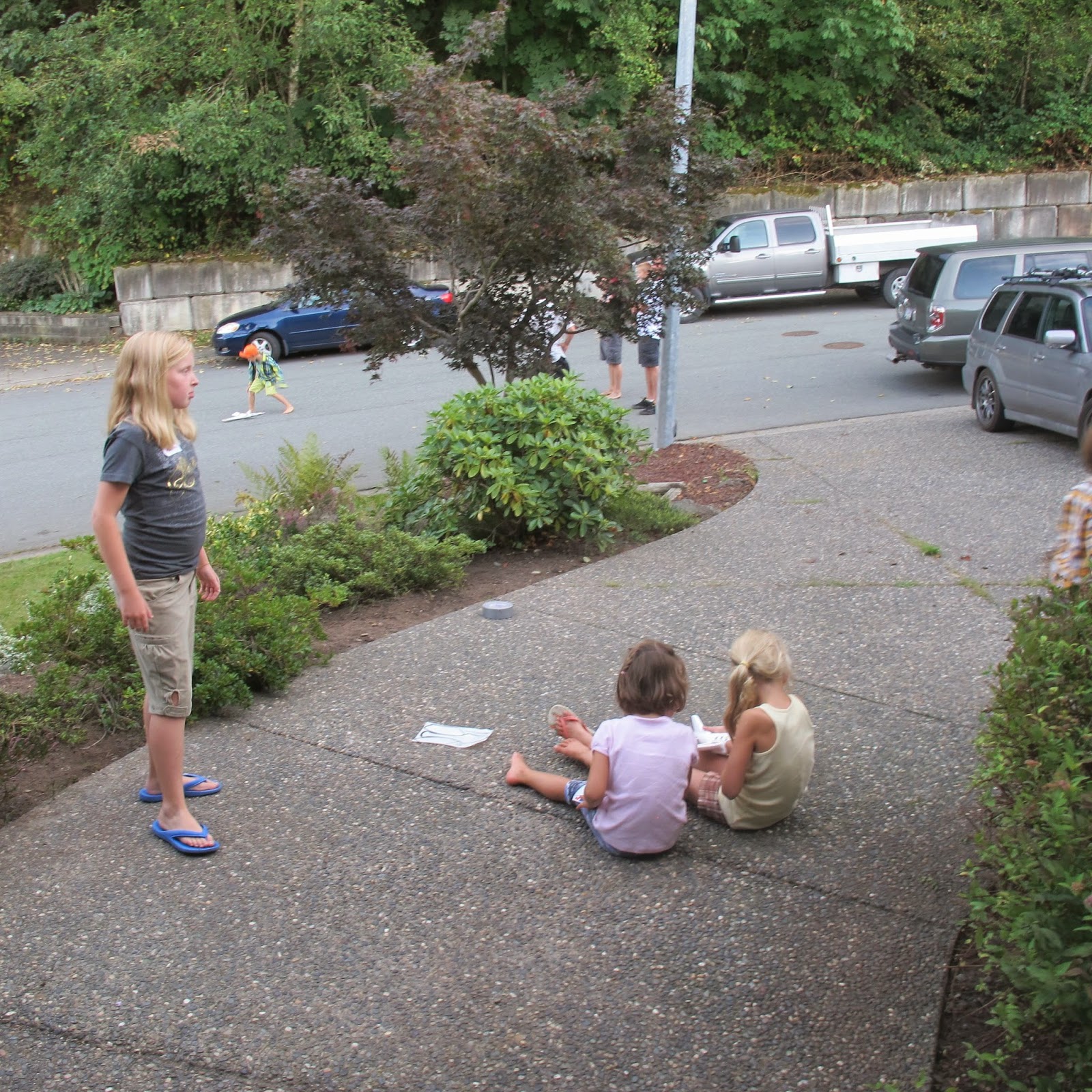 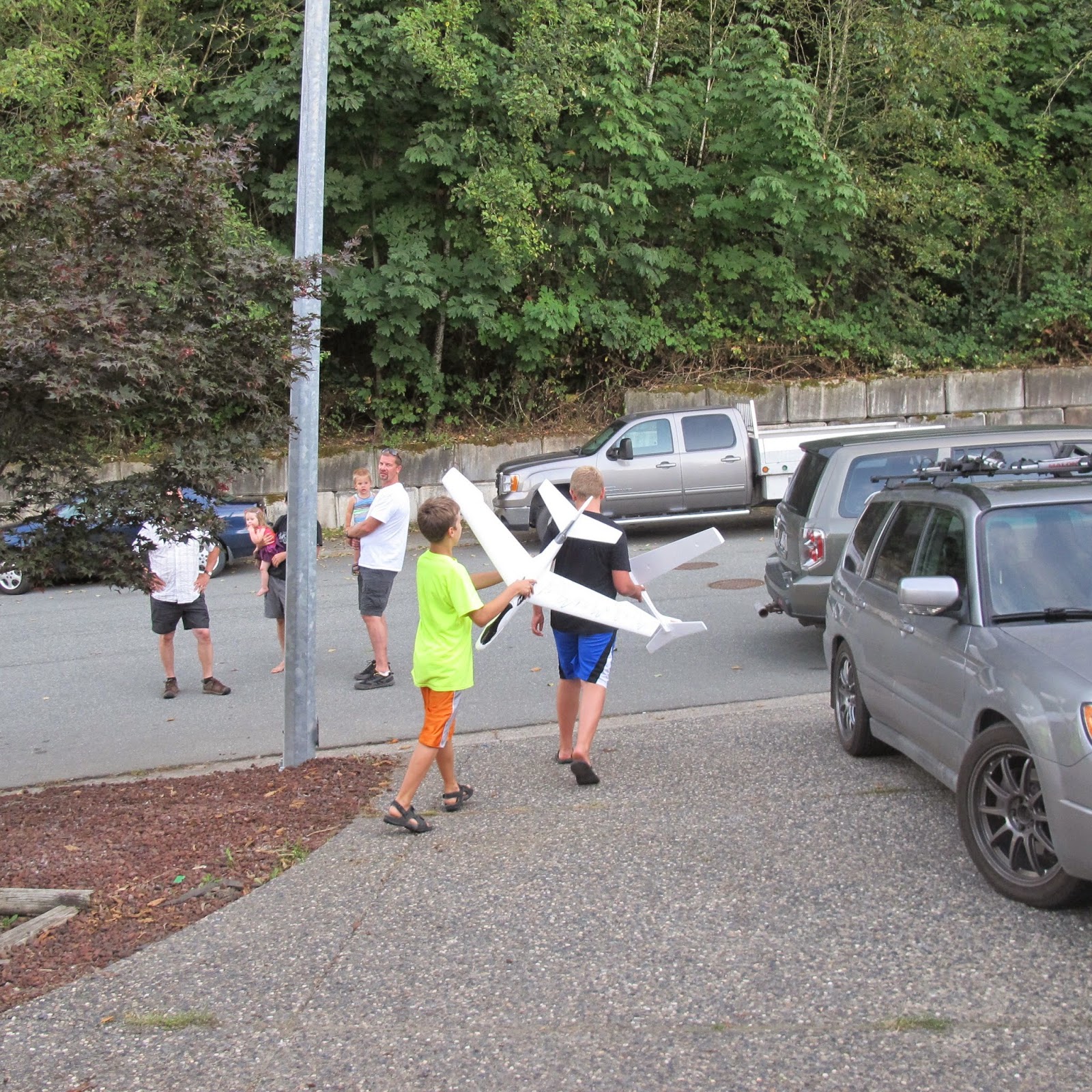 A wonderful time was had by all and we even managed to get a family picture in!  Hooray!! 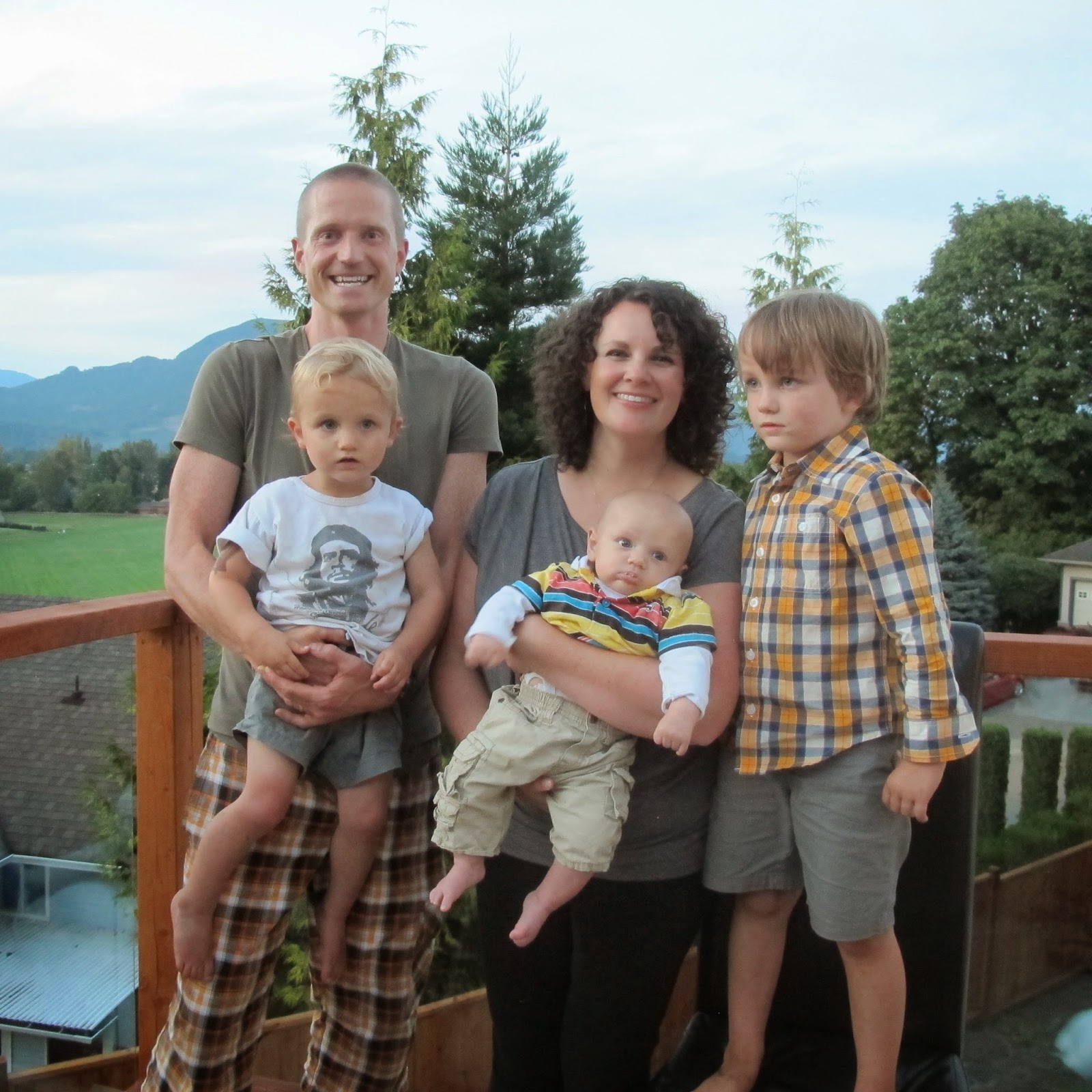