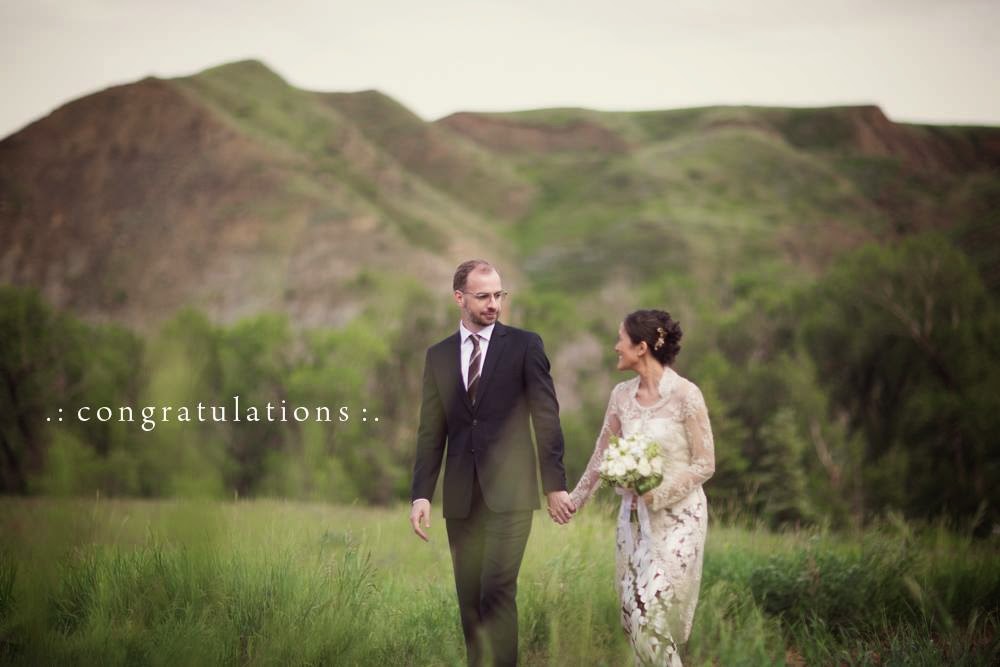 aaron and su's wedding ceremony was beautiful and powerful.  popson park was green and alive.  the forecast was for light rain but leading up to the wedding it poured like a monsoon.  like 4 o clock african rain.  the crazy downpour made for beautiful pictures and a cozy vibe to the entire affair huddled under the picnic shelter around the fire fraser and kally made. 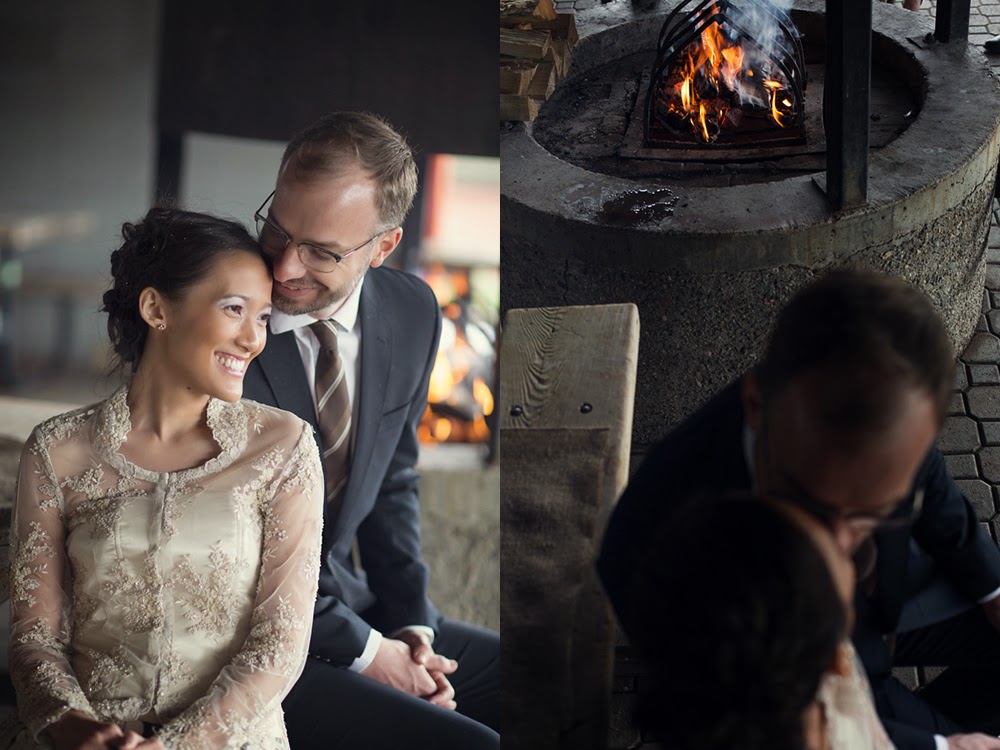 but i'm getting ahead of myself… first, i ran around town trying to find fruit trays.  then i spilled the fruit trays. 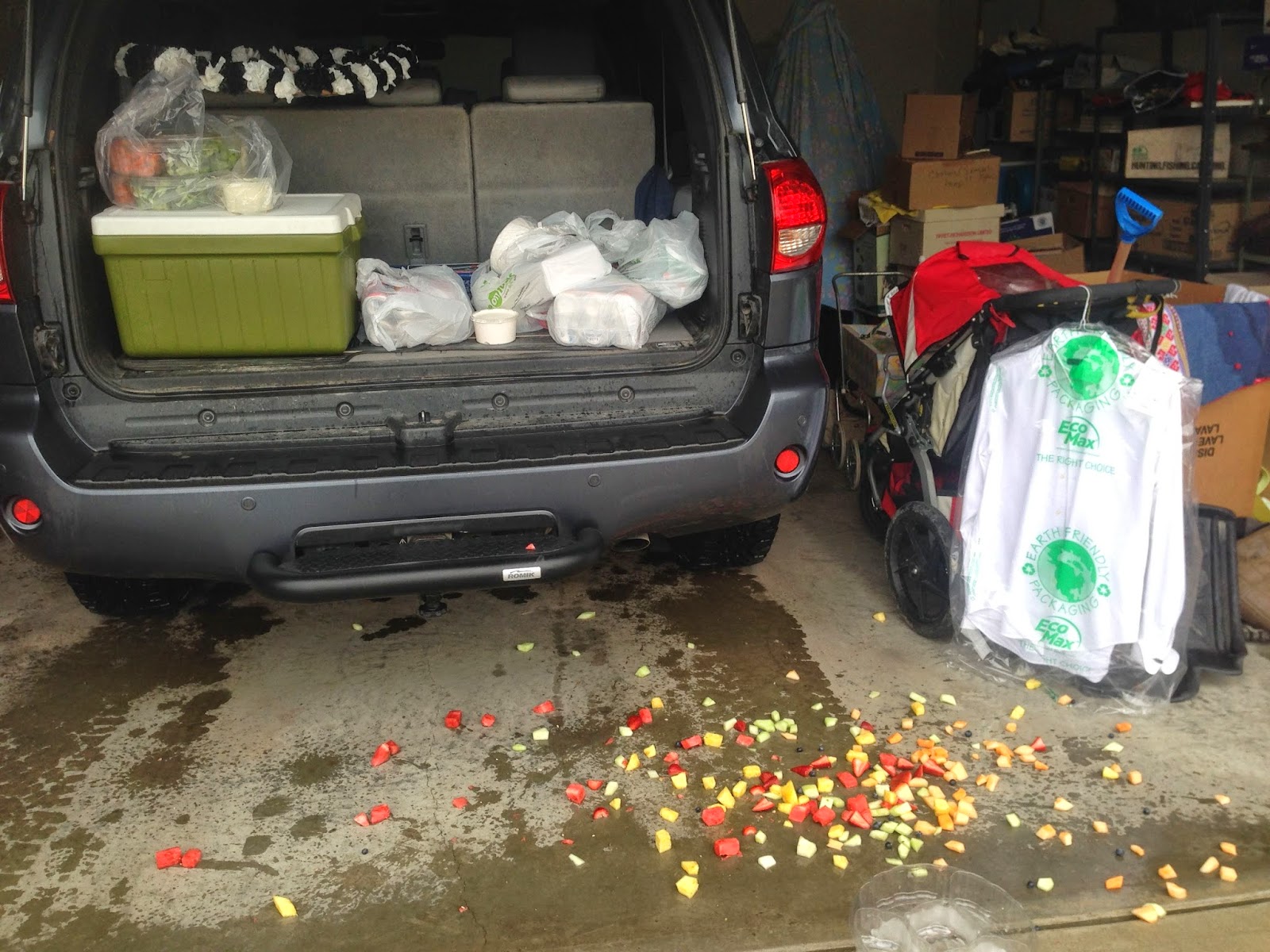 this actually happened 3 times in the 2 days of the wedding.  you would think that i would learn, but regardless of how carefully i placed things in the back, the fruit always suffered.  don't worry, we replaced the fruit trays and only our closest friends unwittingly ate dirt. 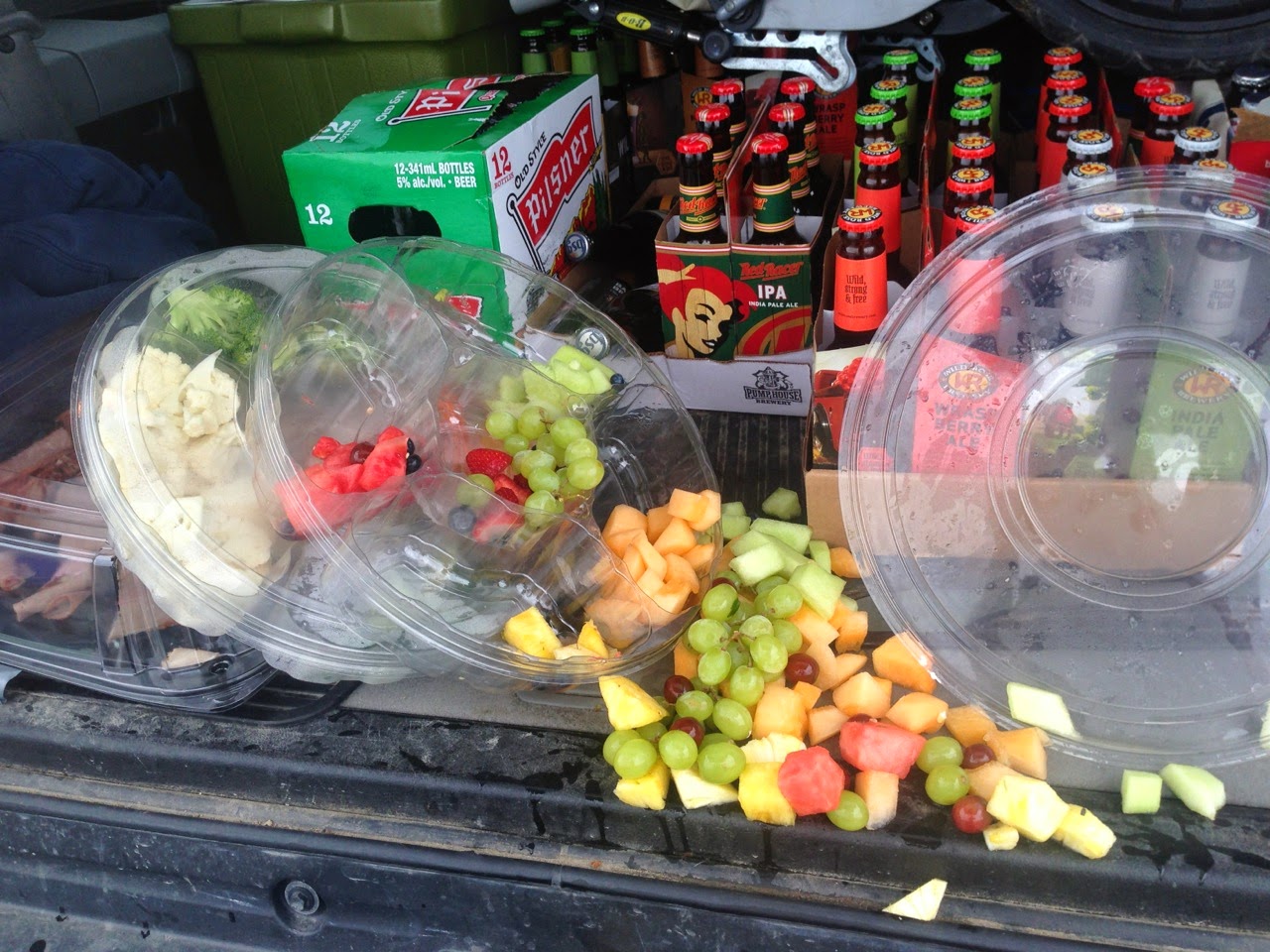 the wedding photos were taken by aaron's talented friends the zhaos.  every clearly well done picture in this post was shot by one of them.  my dad captured a few nice moments, and all the centre framed cataloguing shots are mine. 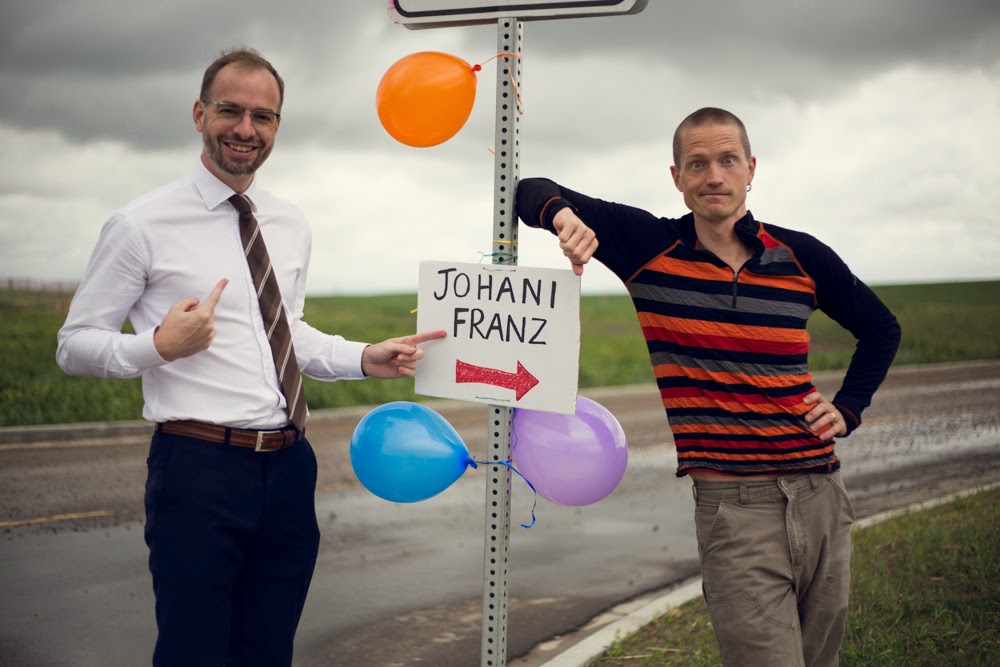 after rallying at the lodge we sallied forth to pavan.  witness aaron and neal opening the gates to marital bliss in their sunday best. 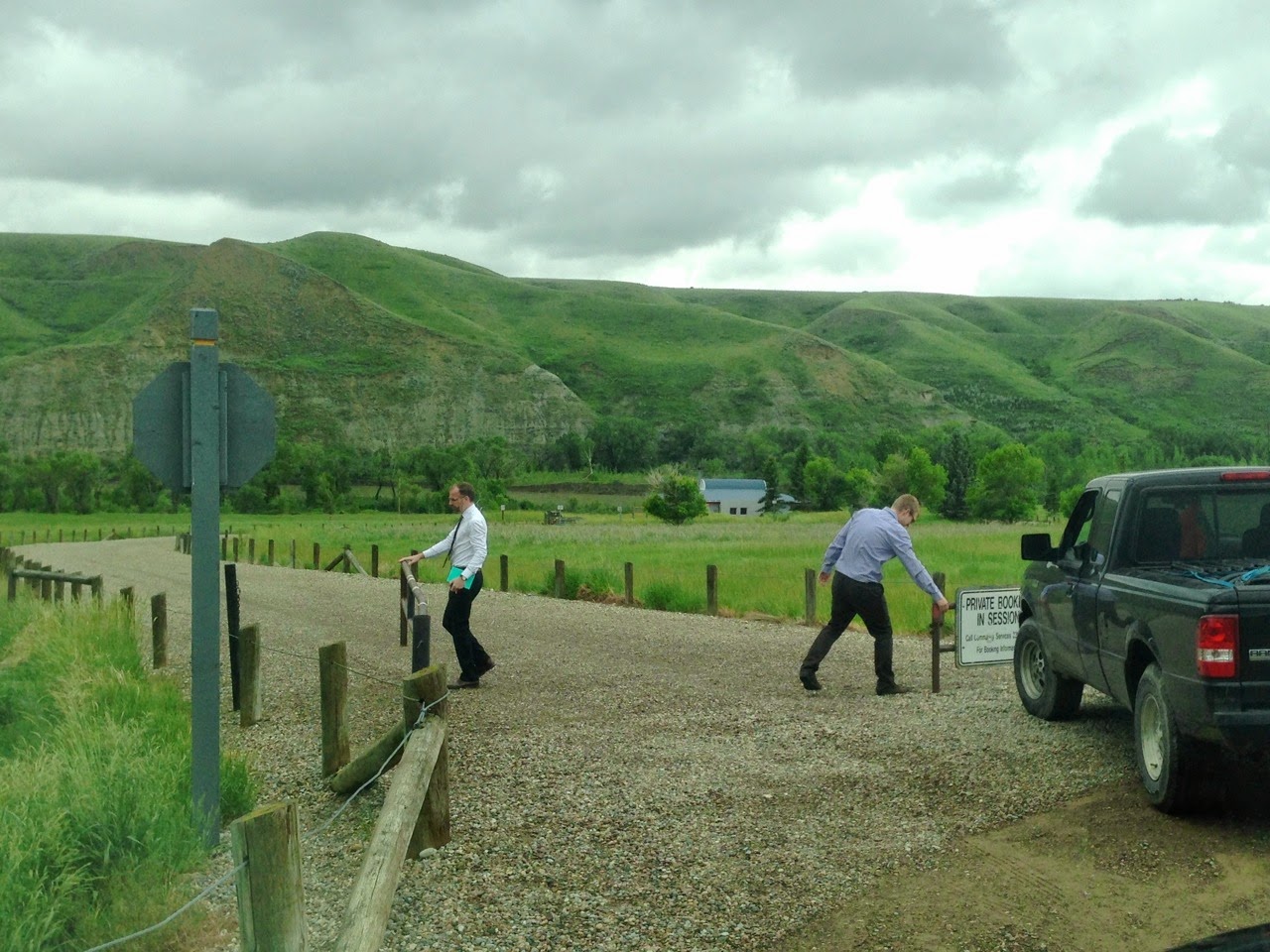 after some quick prep work and a raging monsoon, people began arriving for the wedding.  food and drinks were out and the guests had some time to get to know one another under the picnic shelter.  guests had come in from as far away as singapore, new york, montreal and coaldale.

suddenly and on aaron's command, the troops were mobilized and chairs put in place.  people sat on chairs in the front, then picnic tables in the middle with standing room at the back. 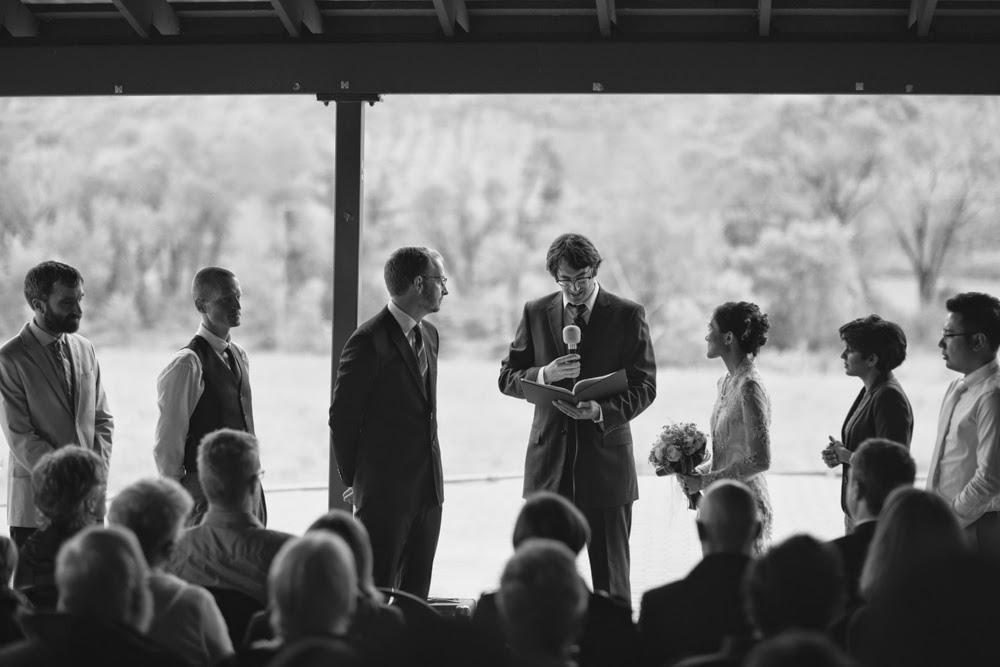 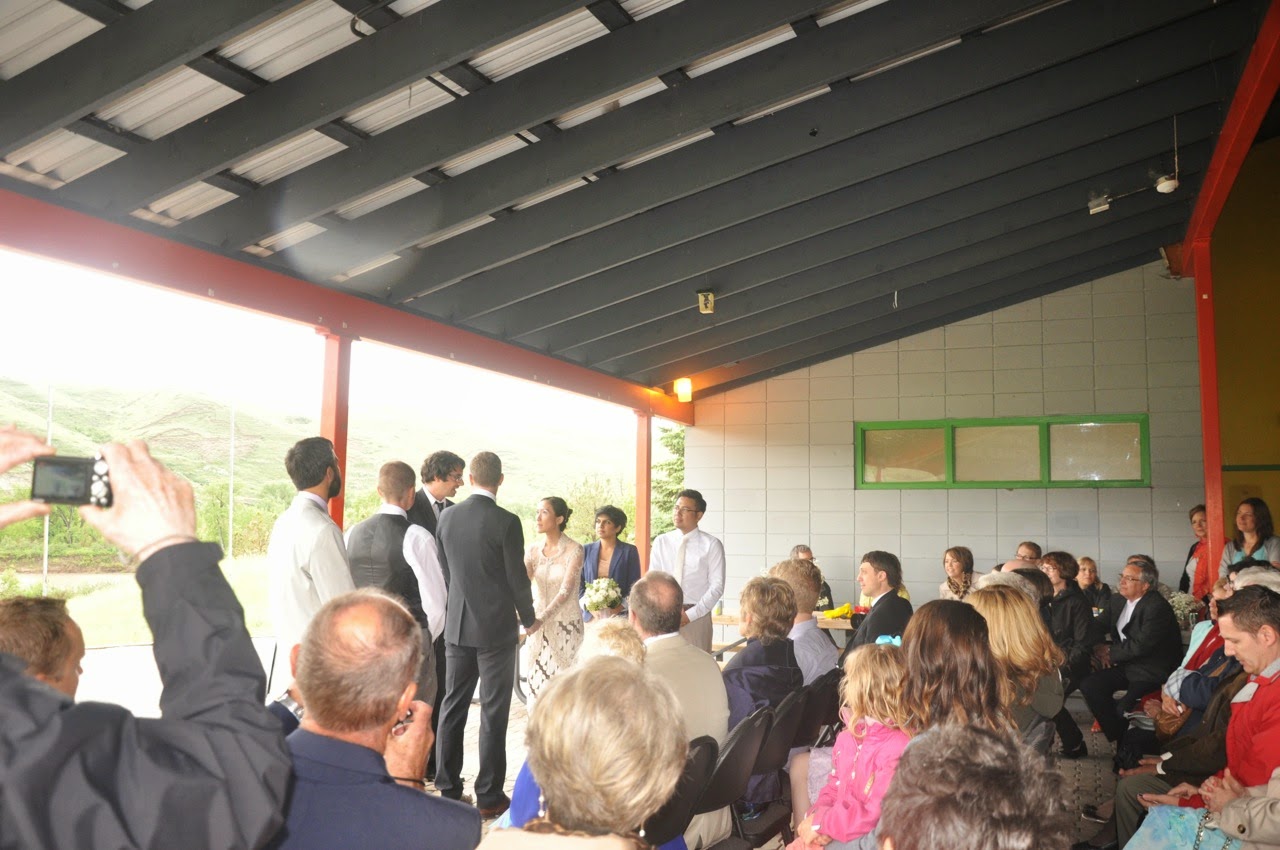 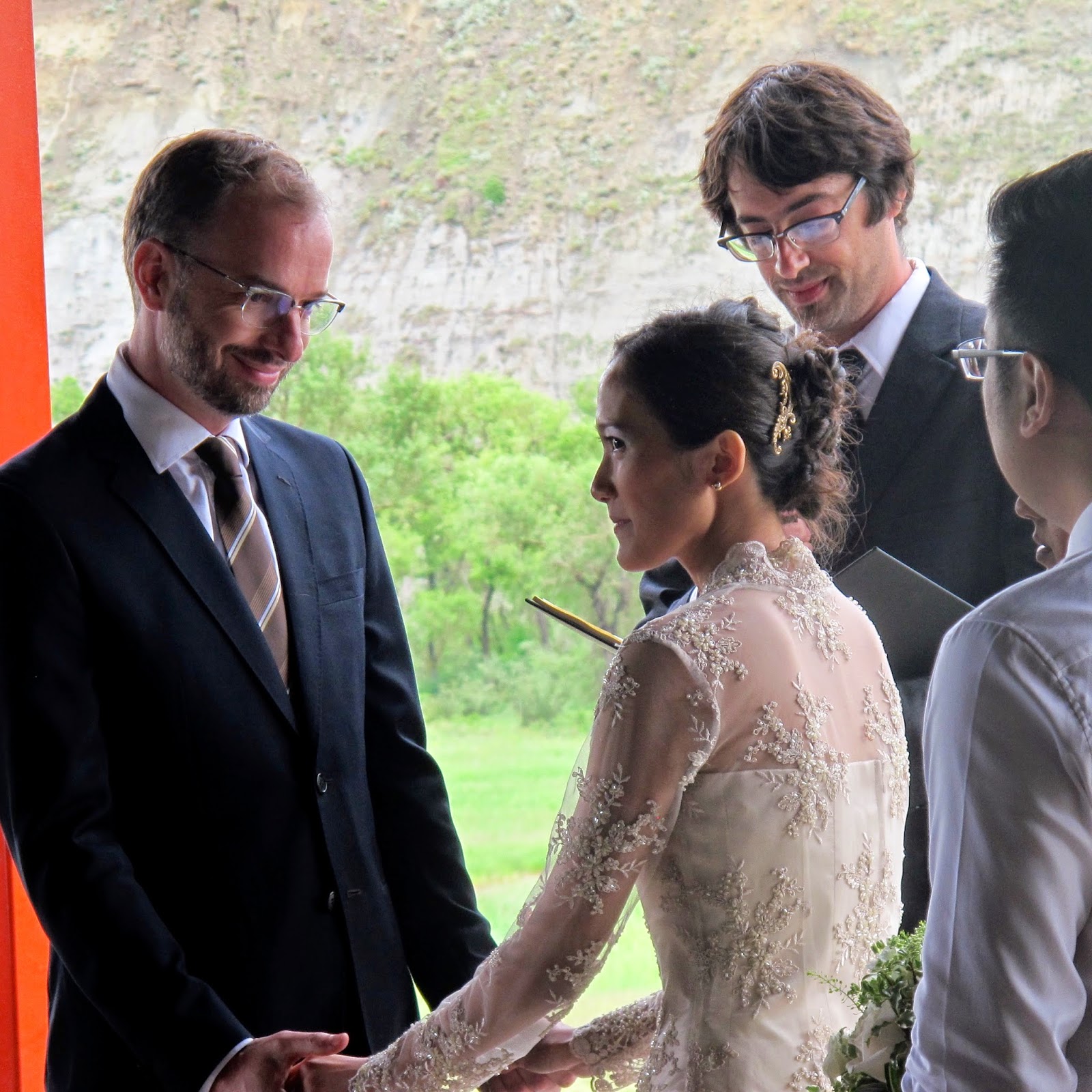 fraser conducted a meaningful service and the couple said their vows through and to some tears. 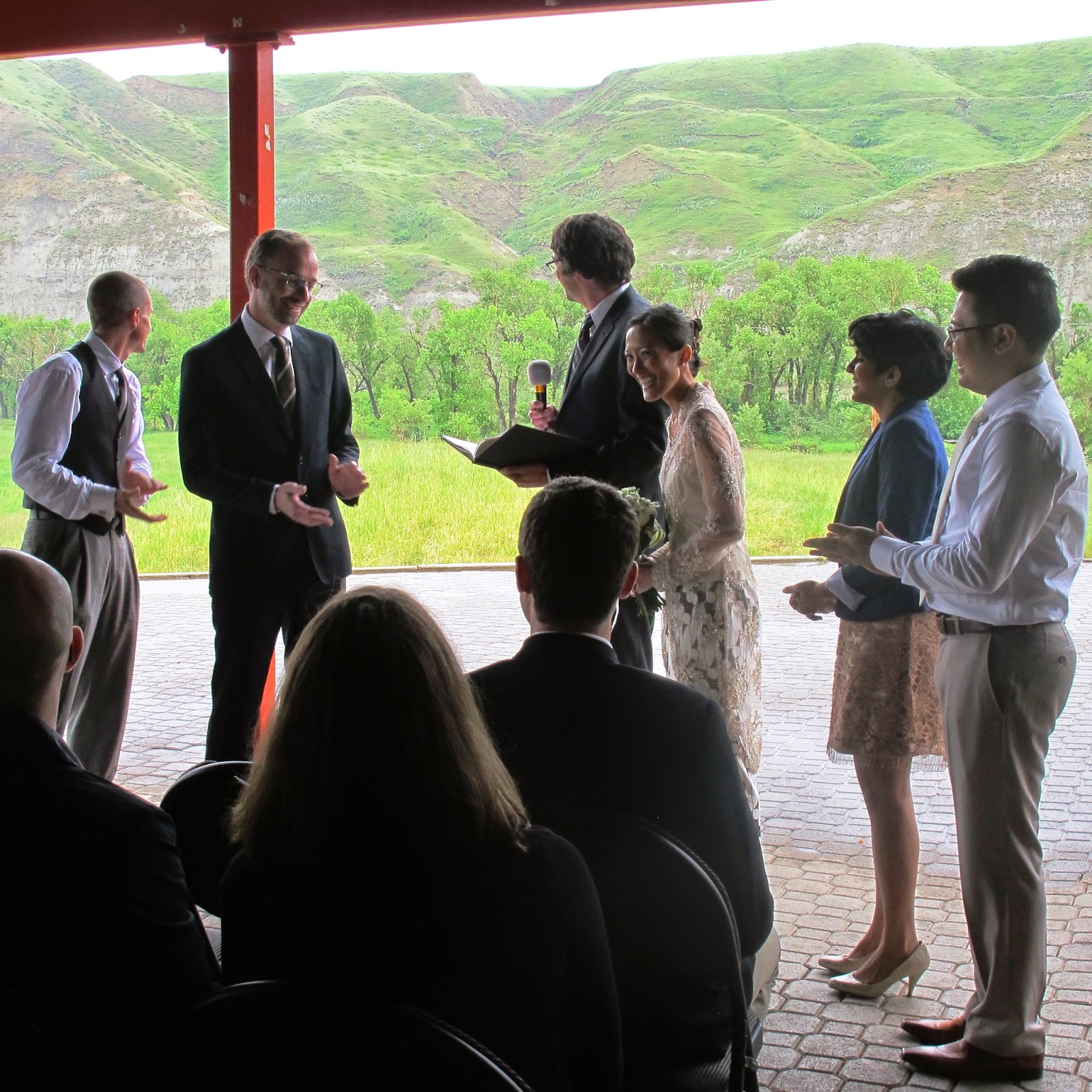 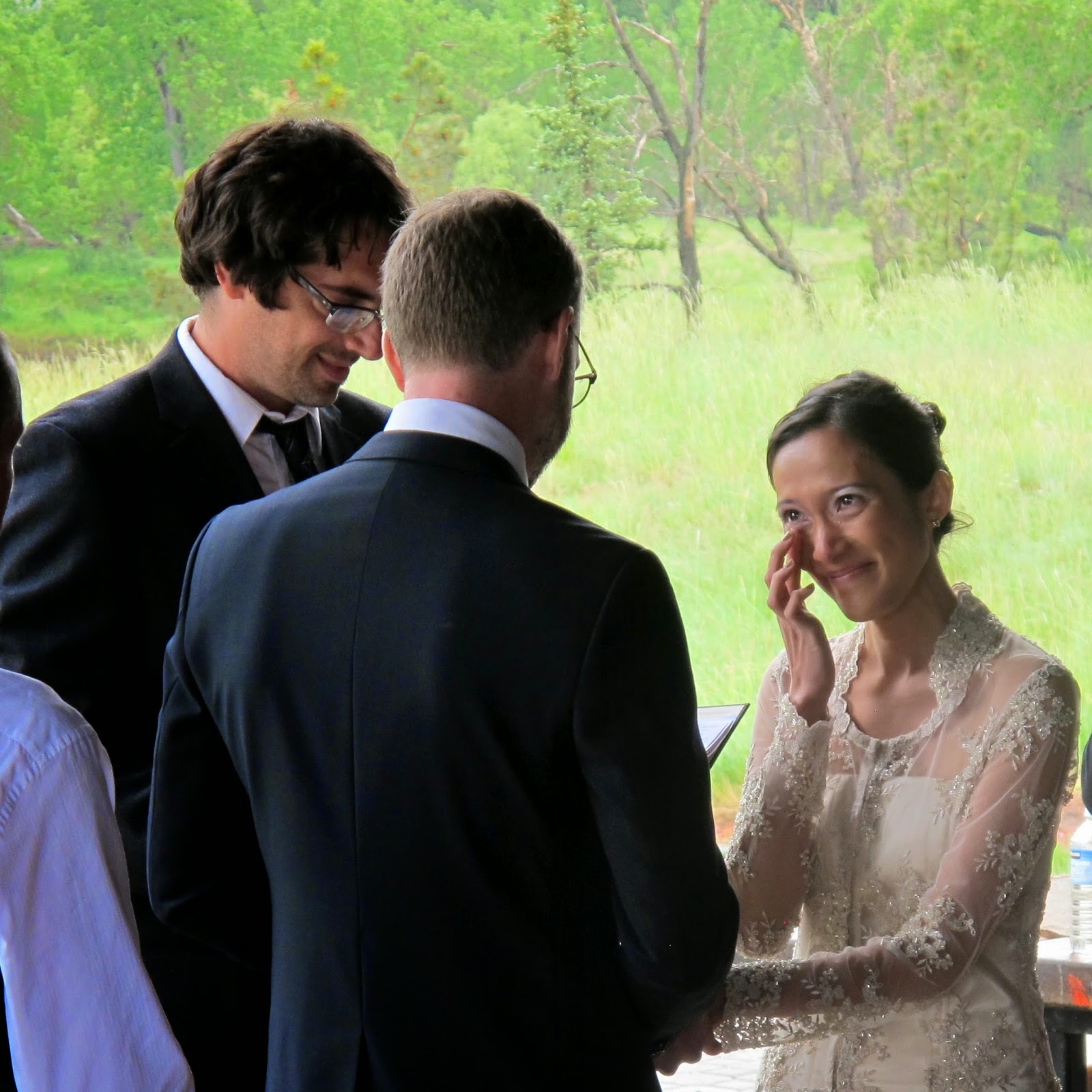 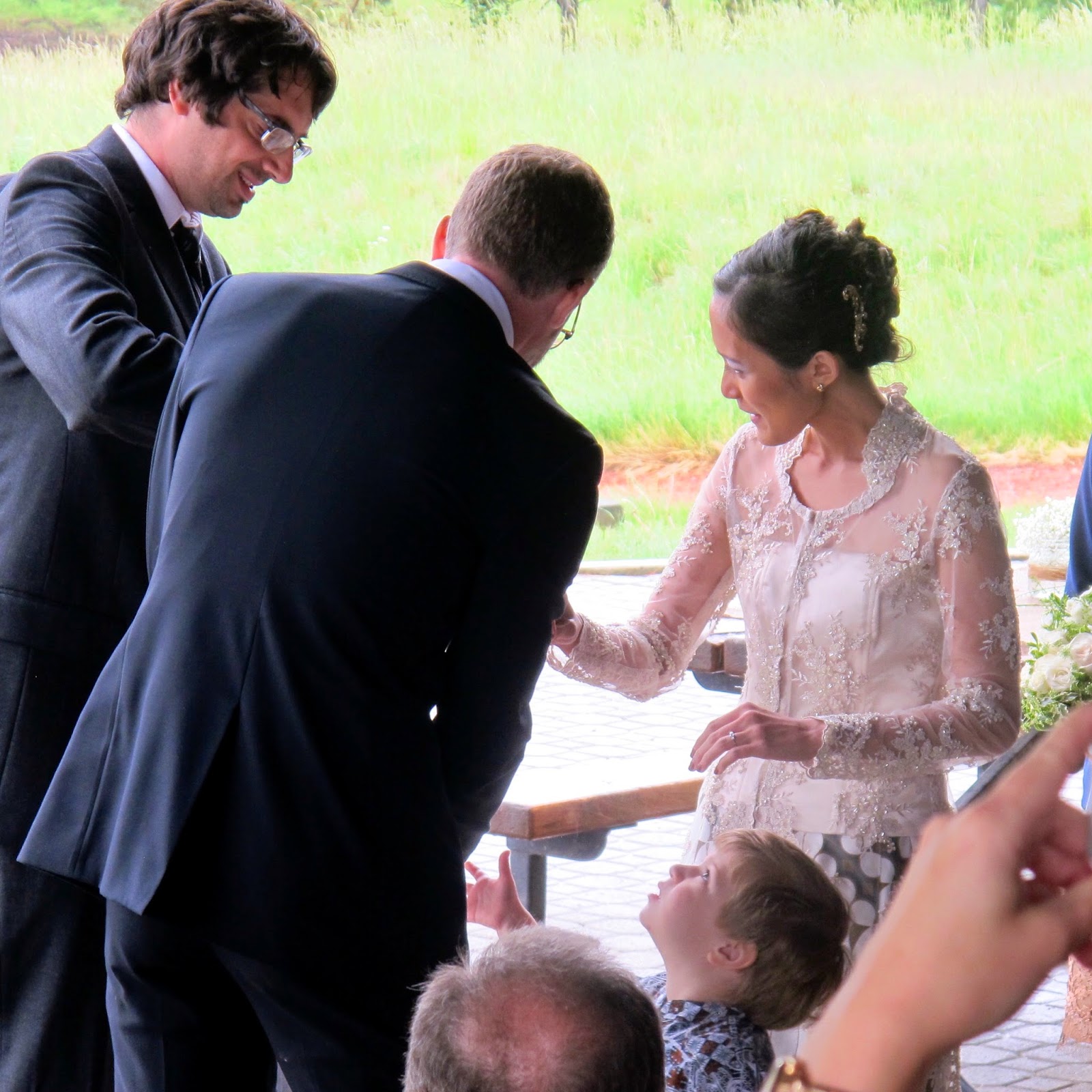 aaron's nephew arlo brought up the rings.  the couple was pronounced.  people hugged. 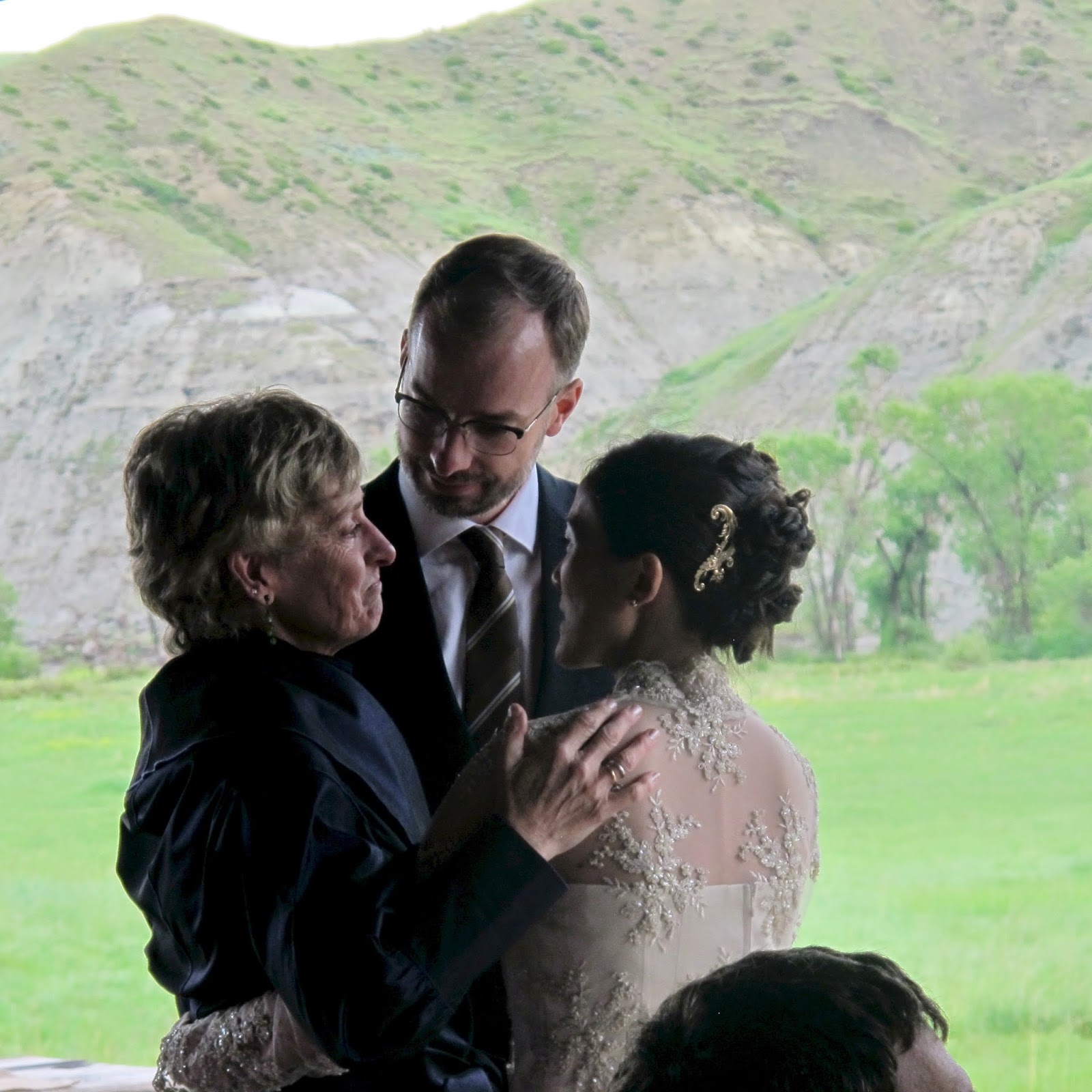 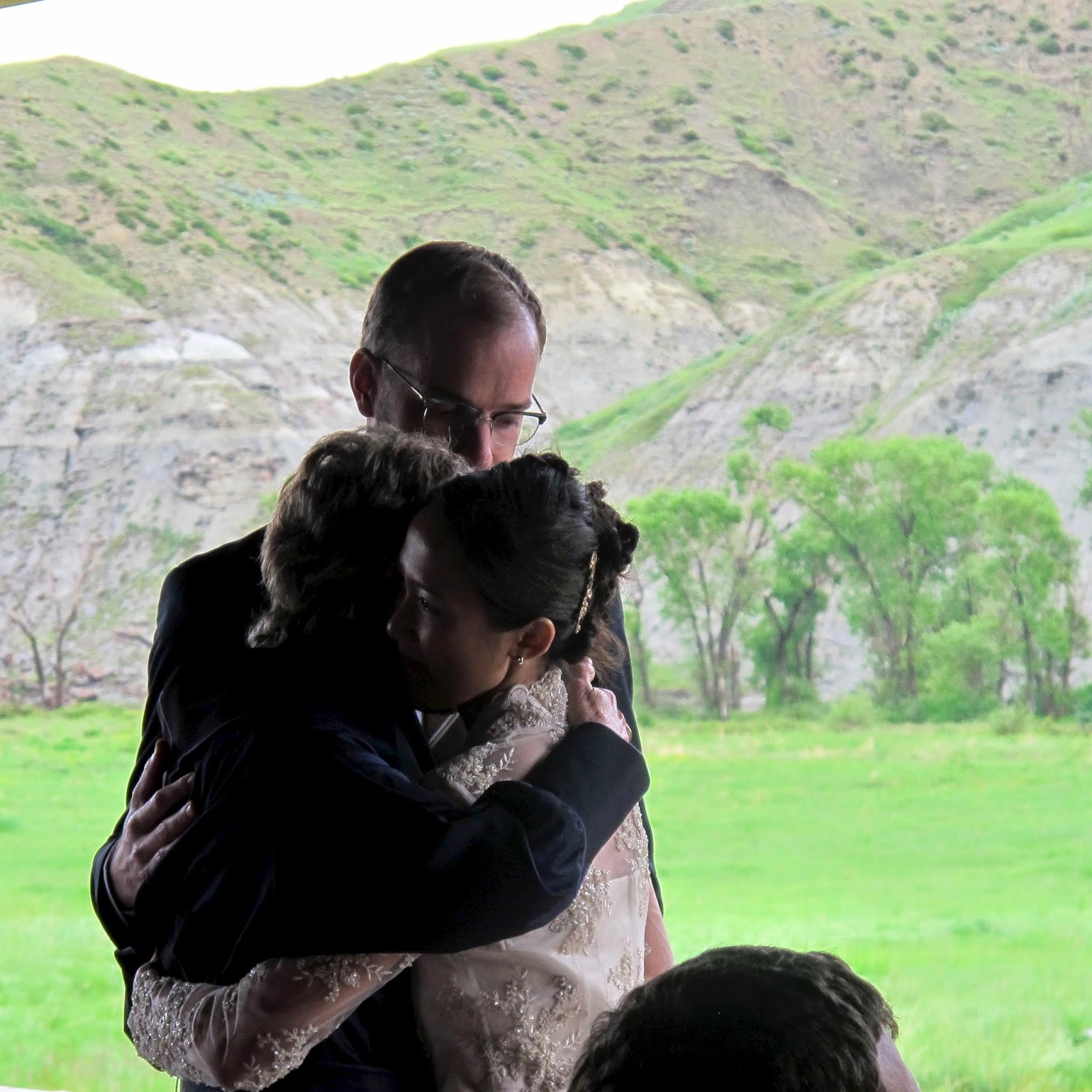 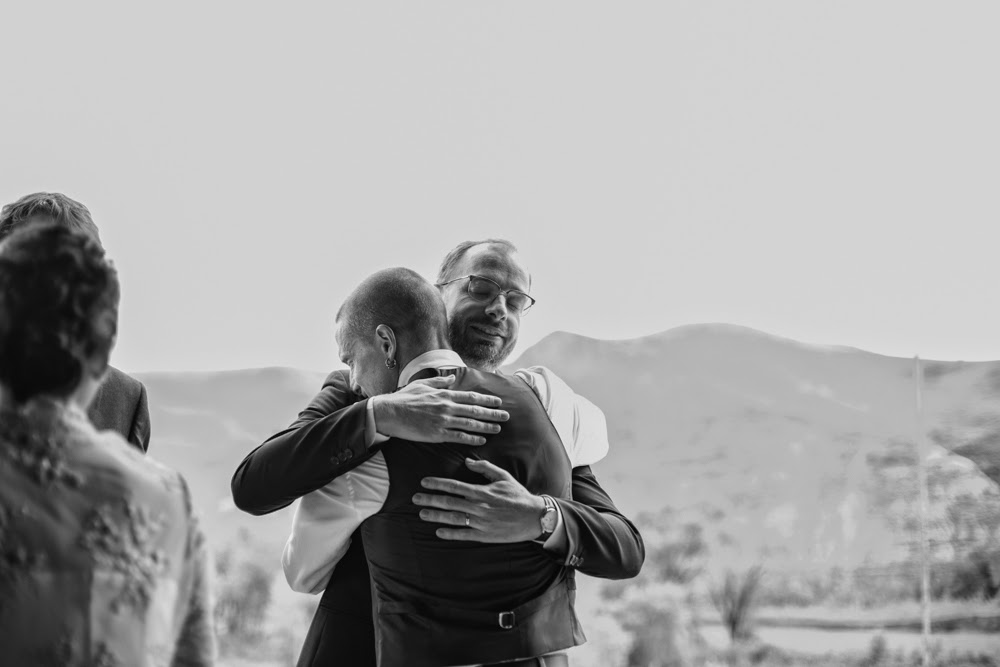 immediately at the end of the wedding the ceiling lifted and the rain stopped.  the light cloud cover and green grass made for great pictures and good fun after the ceremony 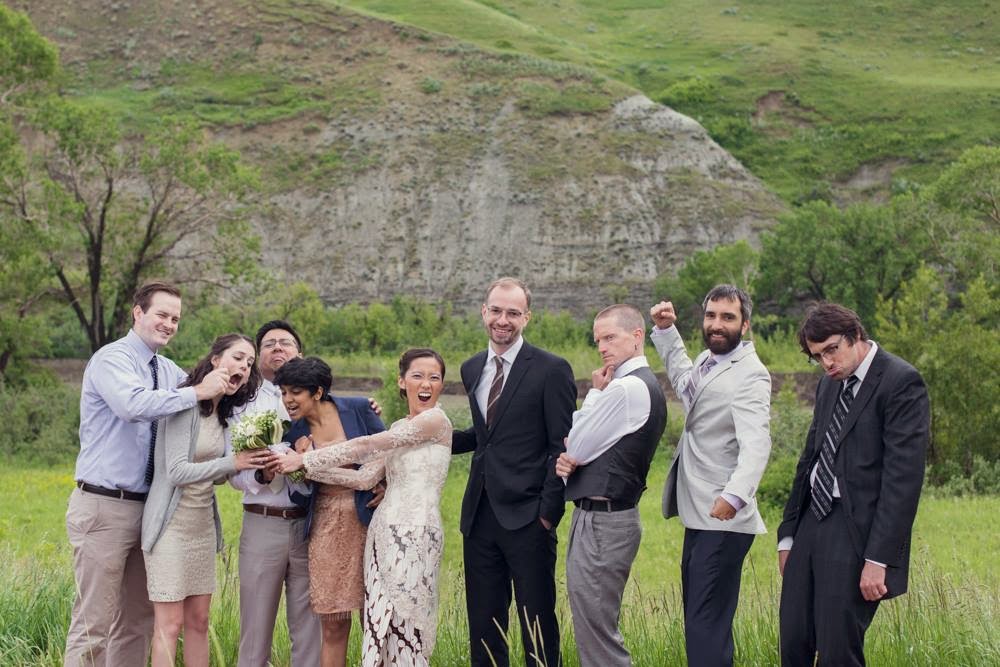 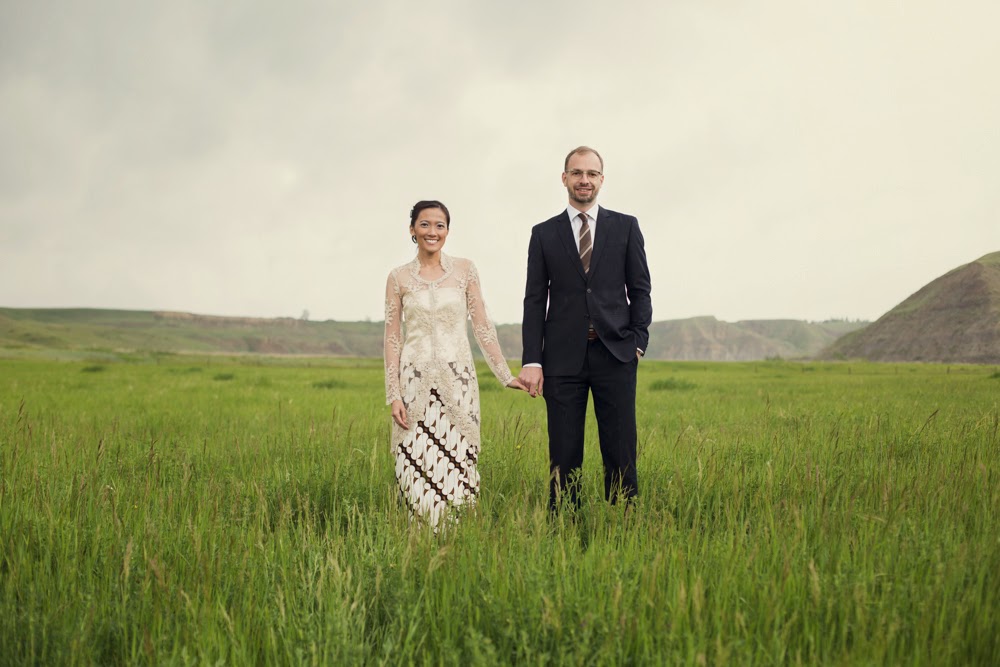 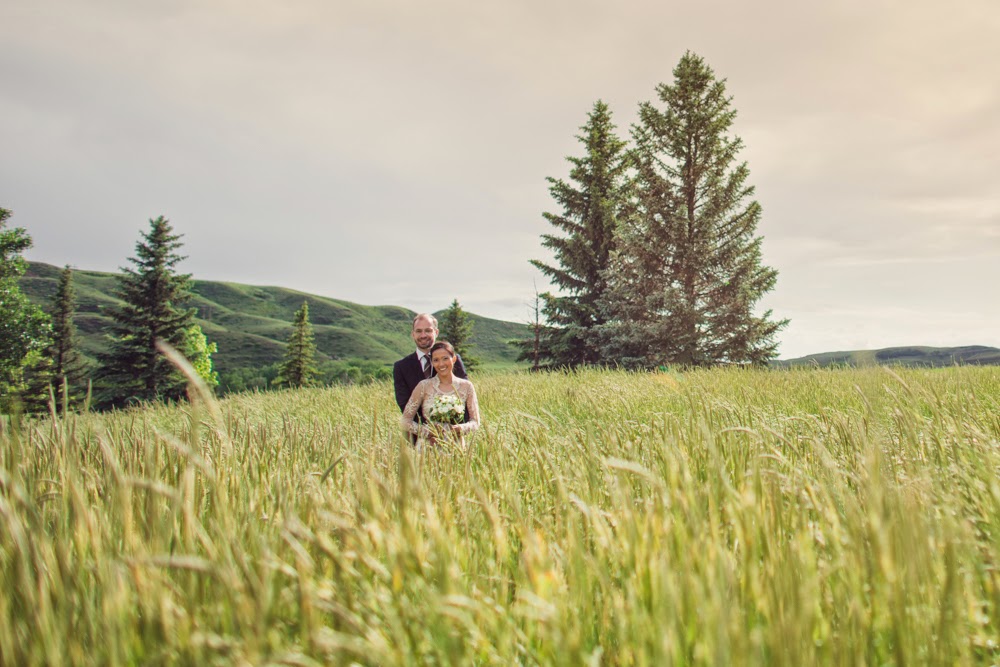 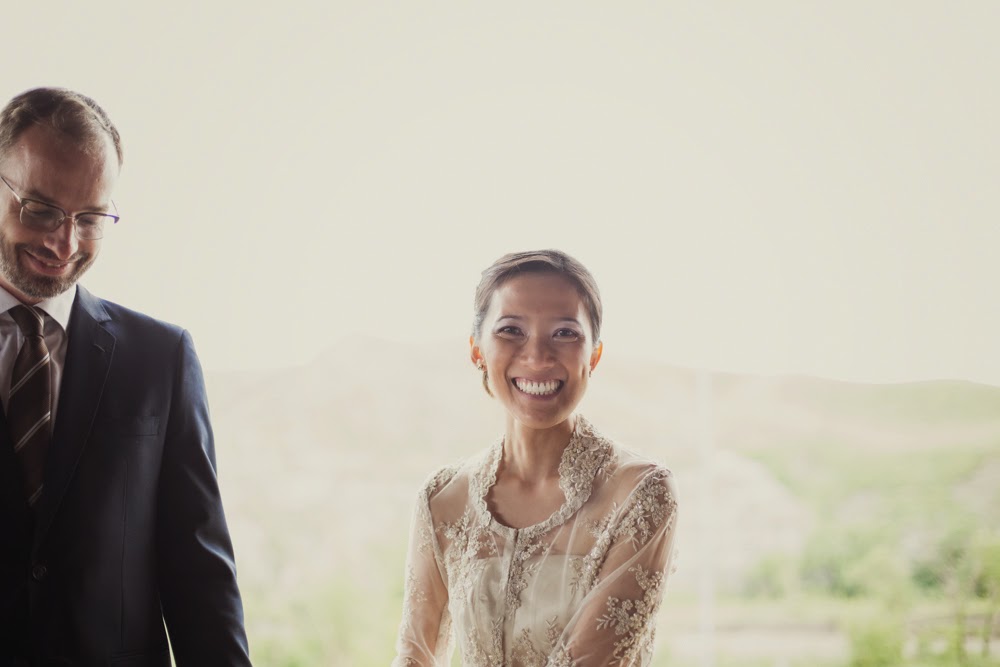 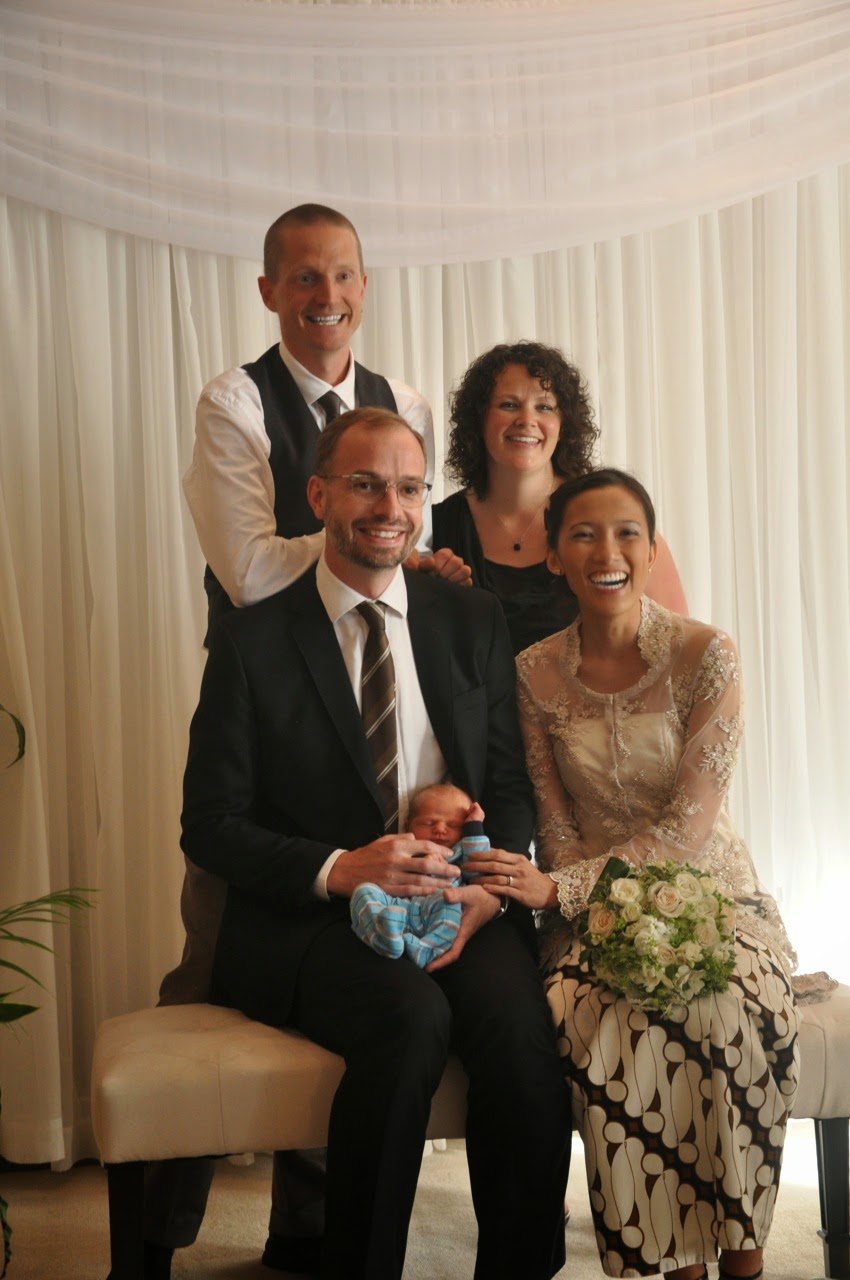 su and aaron had a traditional malaysian bersanding ceremony, which basically meant everyone got their family picture taken with the couple while they sat on a small dias.  a great way to create memories as well as give everyone a personal moment with the bride and groom. 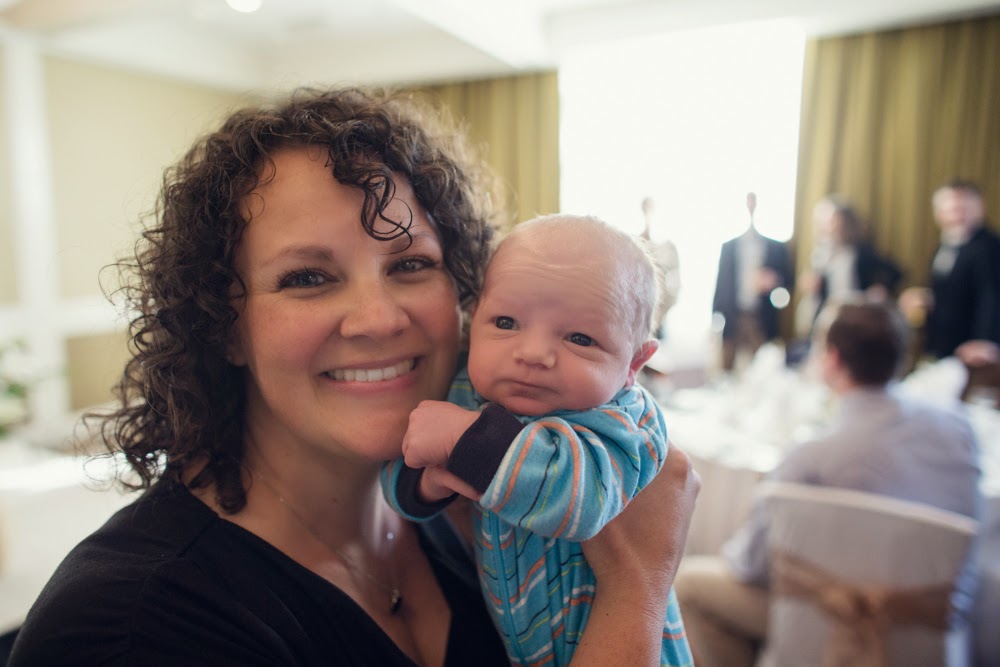 levi was a big hit at the reception.  kylie handed him off early in the night and he made the rounds of the cousins and aunts and friends on his own. 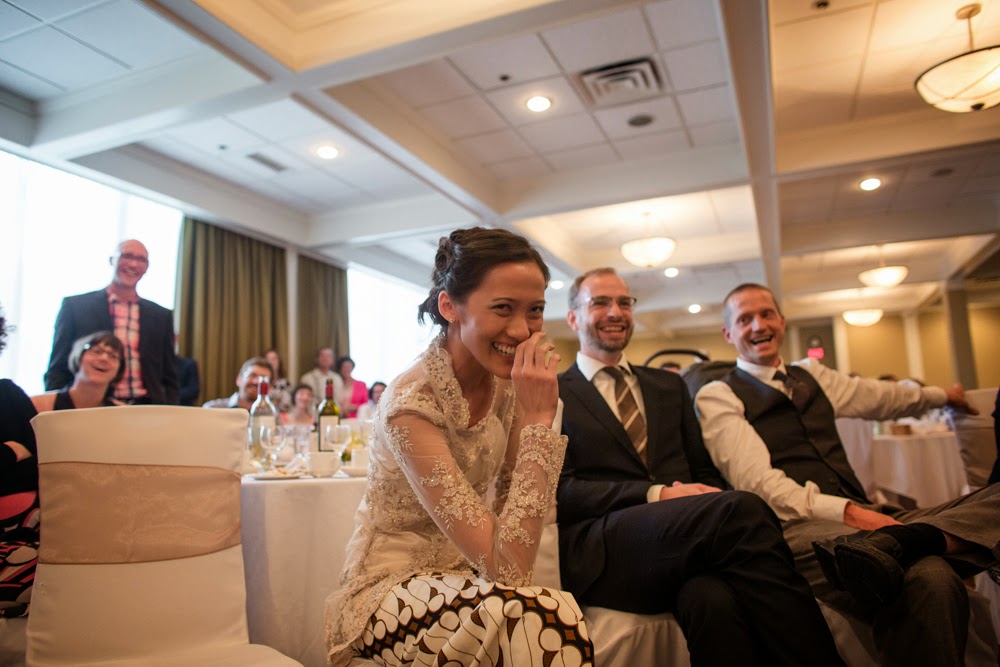 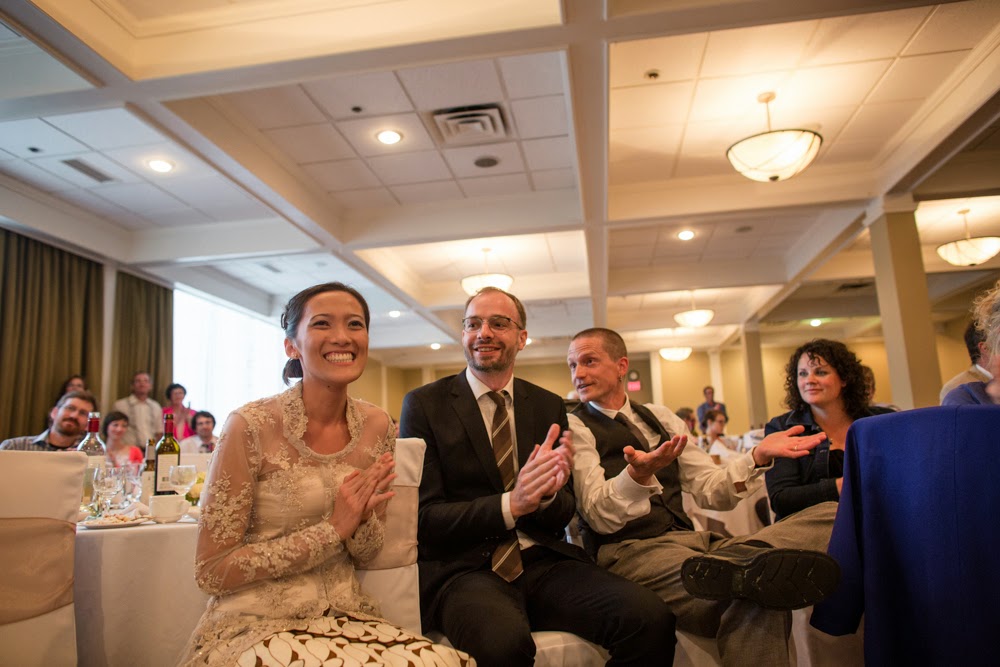 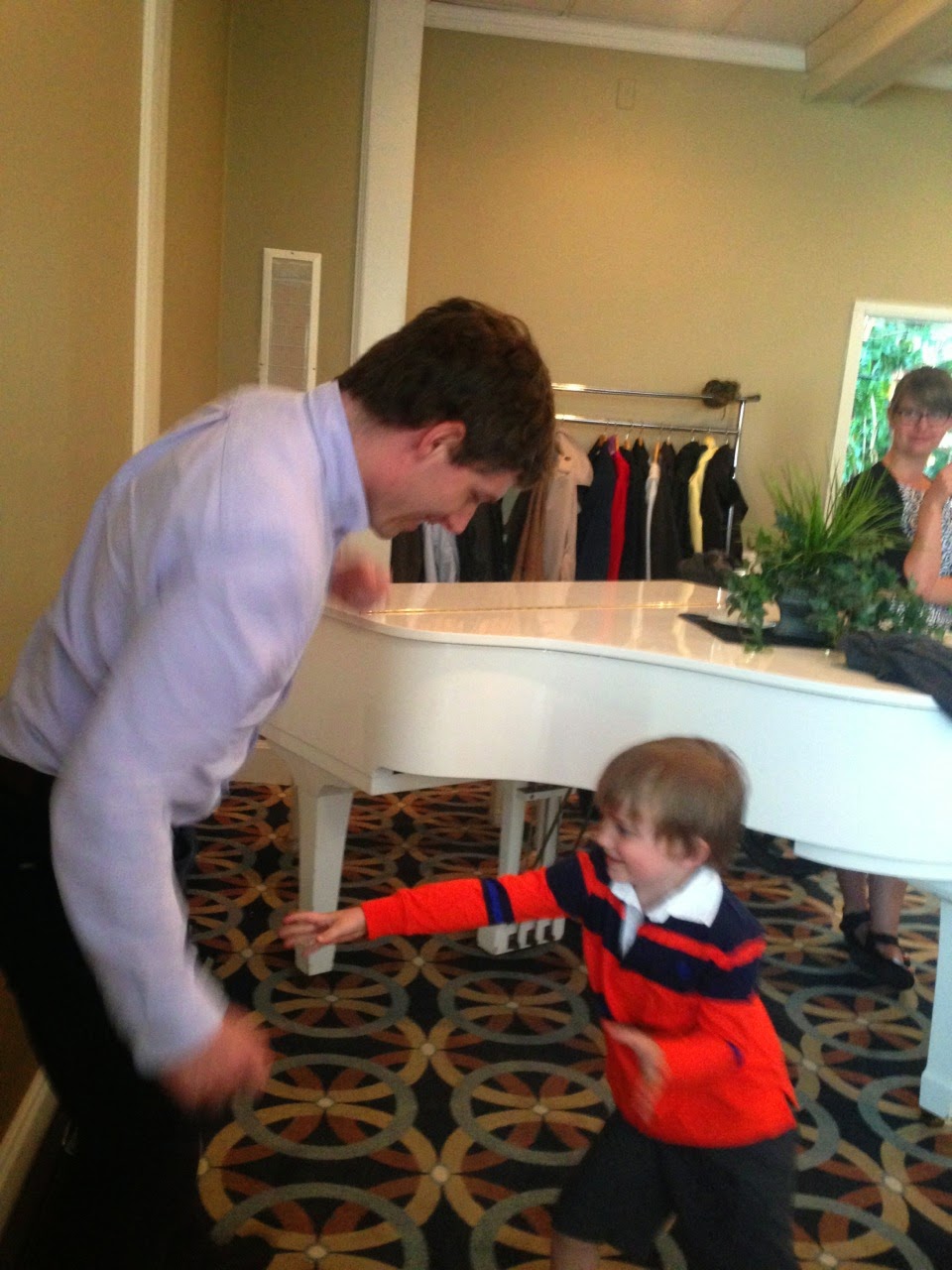 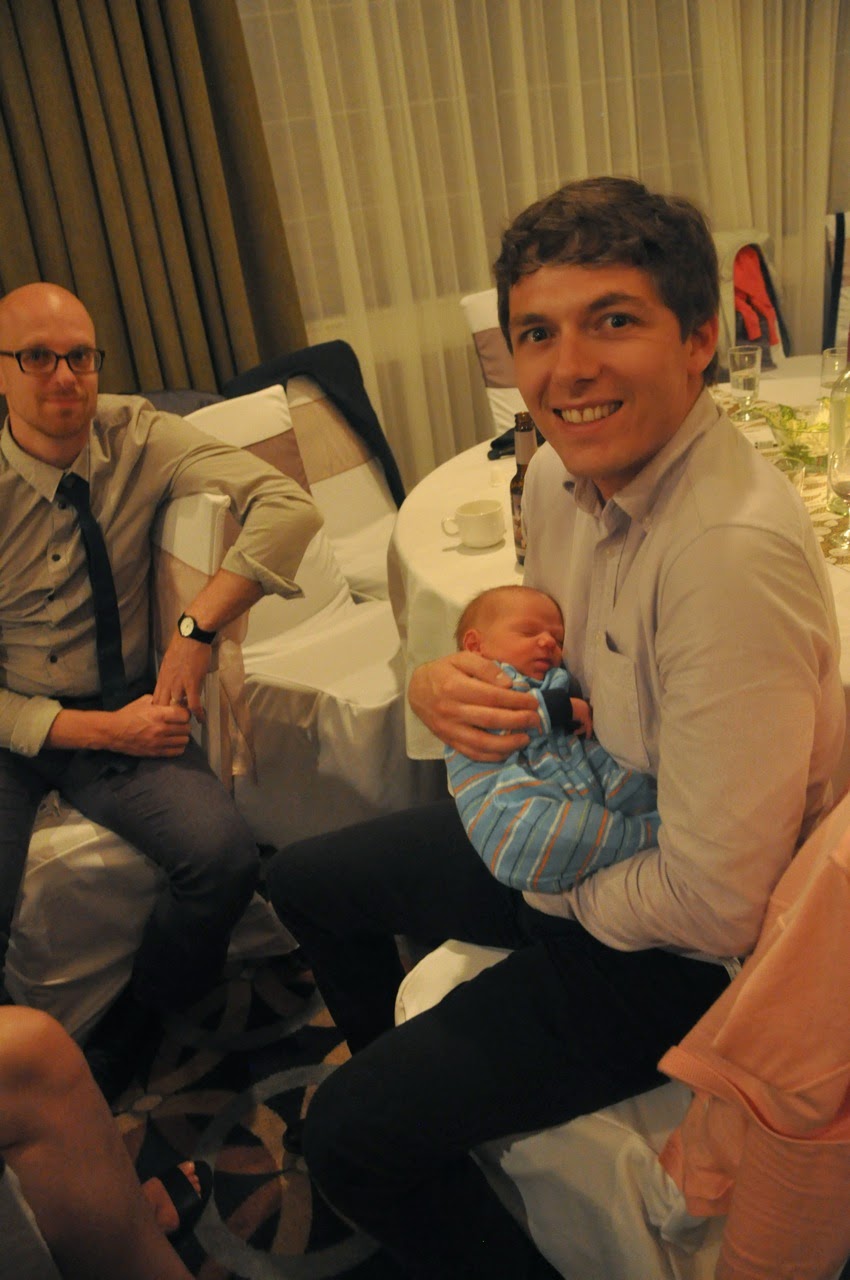 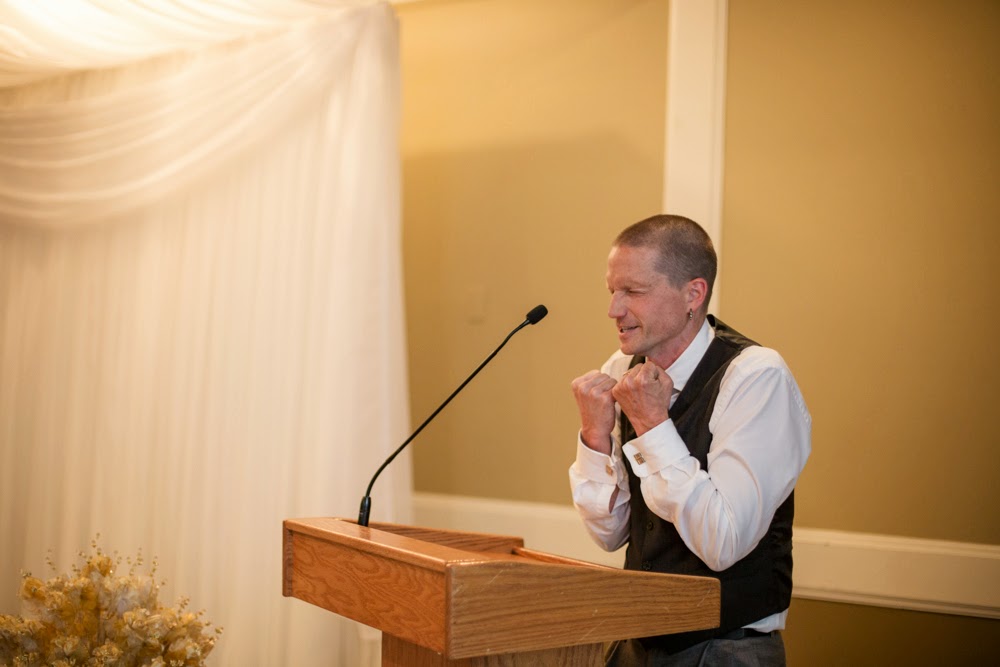 stories were told, food was eaten and the dancing began and then continued long into the night.  after the staff started cleaning up around 2 the party moved up to aaron and su's room until after 3. 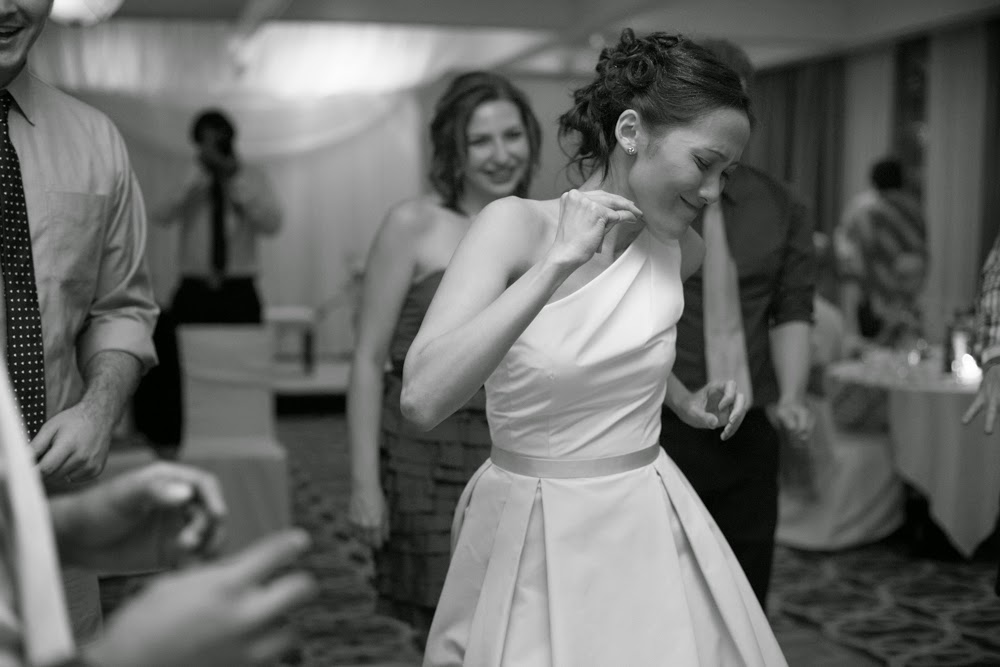 a wonderful time with friends both old and new.  a lot of good memories.  a new beginning for aaron and su.  but the party is not over yet... 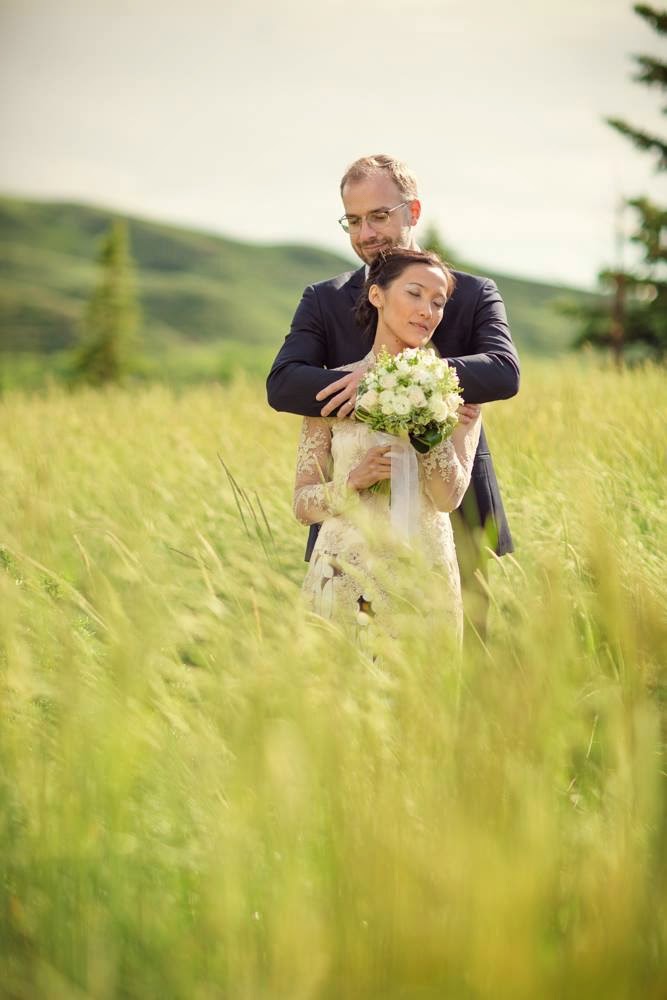