Happy Fourth on the Fourteenth!

I just got back from spending a lovely fourth of July in Idaho with my grandparents, father and brother and sister in law. We had a great time visiting, floating down the Boise River and setting off fireworks! 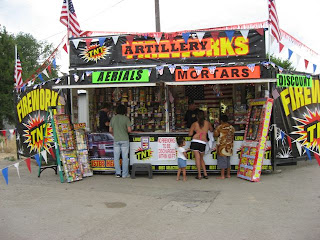 Here is my brother purchasing fireworks about 20 feet from a gas station. So safe! 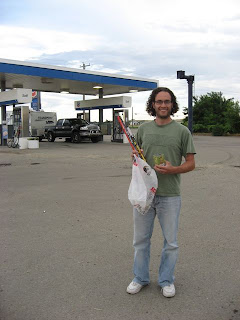 Brad had never purchased or set off fireworks before (nor had I) so was a bit unsure of what his purchases would bring. We were all very happy with the spectacle they set off, as I'm sure were the neighbours with all our screams. 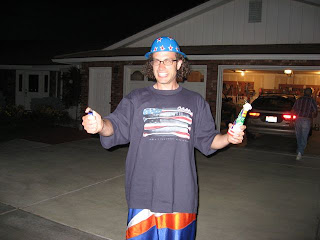 In preparation for the big event, Brad purchased an American hat and won this shirt in the sometimes annual run down the lane at my dad's cousins. 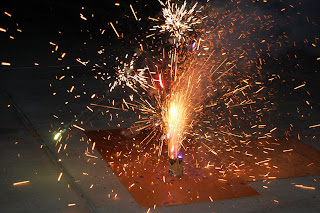 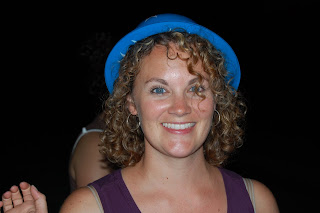 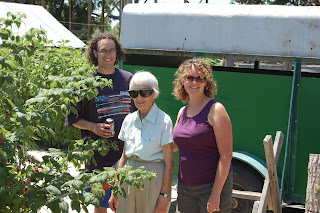 We headed to my great Aunt Annette's house for the annual fourth of July BBQ. Here we are getting a tour of her garden. 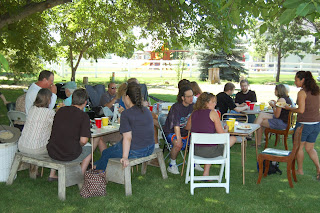 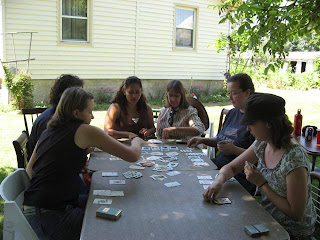 Playing squeak with the relatives. Last year I just wanted to win one round and was unsuccessful. This year I managed to do so (I may have only been playing against Brad, Raquel and my dad) and we quit as soon as I did. I am the champion!!! 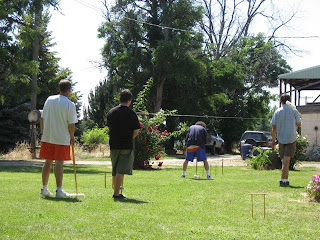 Thankfully the volleyball net was forgotten (I was the cause of the loss of 4 games last year) and croquet was brought out instead. I was very happy to be a spectator for this lively game! 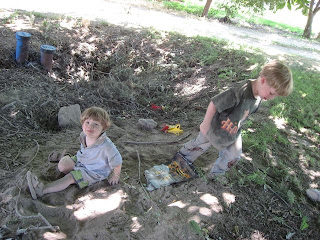 These are my dad's cousins daughters kids (yes that is complicated) playing in the dirt. hee hee 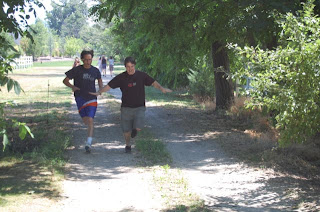 In previous years there has apparently been a mile run down the lane. Due to the newly instituted volleyball game and the majority of my Aunt Annette's lane being bought up by Idahoan millionaires the lane was no longer a mile. This year we ran up and down multiple times to make a mile with prizes for the winner. Brad won the race and chose his new American flag shirt, I came in fourth and chose some coloured smoking balls to set off later that night.
We did spend more than just the fourth of July in Idaho, Brad turned OLD while we were there. Here he is BBQing his birthday steaks. 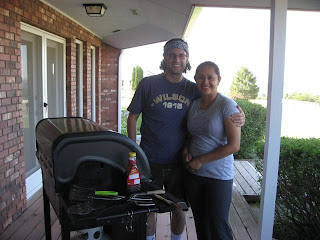 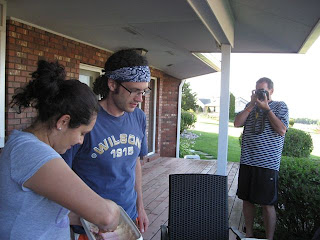 I realized I took very few pictures of my dad while we were there, so here is one of the few that I have. 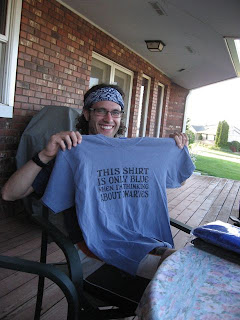 Brad stocked up on shirts while in the land of potatoes, this is his birthday gift from Marc and I. 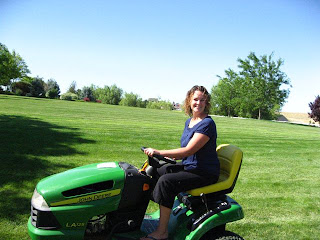 While visiting Idaho as a teenager I ran into my grandparents hedge with their lawnmower. Here I am showing my old age prowess as a lawnmower driver. 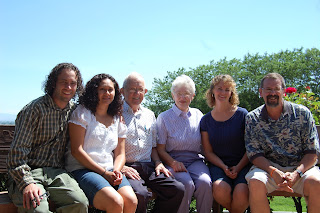 A family picture - here we all are on Brad's birthday. Thanks for the great visit everyone!!
at 11:55 AM