today we depart the extremely clean, scenic and slightly controlling citystate of singapore. it was a short but eventful trip and we are now moving on to hanoi in vietnam. 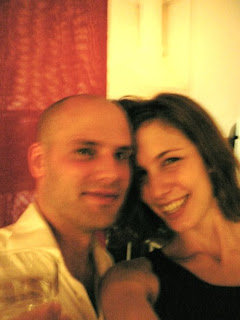 our hosts were the lovely joanna and kevin, currently working in singapore and inhabiting a fantastic apartment overlooking singapore's largest area of jungle, as well as the skyscrapers of downtown. we had a fun time with them seeing the city sights and watching birds and monkeys from our perfect perch. 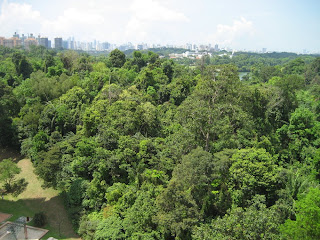 our good friend josh continued his habit of meeting us all over the world. here we are riding the MRT (subway). we were enjoying the funhouse mirror so much and laughing so hard that we missed our stop and had to turn around and head back. a singaporian was so enthralled with our antics that he missed his stop as well and sheepishly followed us back on to the returning train. 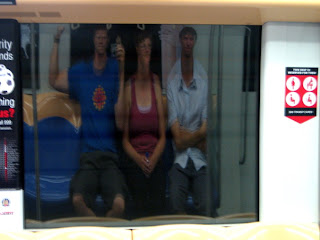 josh and i each bought handmade scalp stimulating chinese combs in china town. after 20 min of hard bargaining we managed to acheive a 0% discount. after our purchase we met our friend aaron at a bus stop. he arrived across the street with a friend of his from school. she was asking him about the 3 of us and who was married to who when she looked over and observed "your friends are combing their hair." "yes," aaron confirmed, "yes they are." 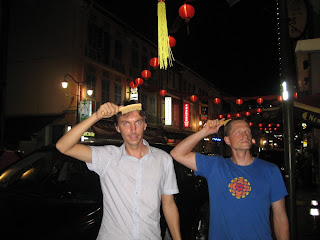 the temple of buddha's tooth. they announced the closing of the temple with a skull piercing wooden gong that is reputed to calm the spirit but made me jump out of my skin. 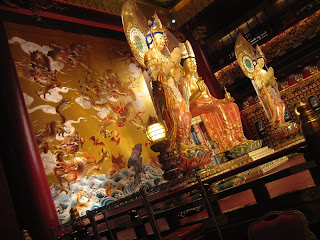 this is another international roomate reunion. josh and ty and me where all together in egypt and now josh and aaron and i are enjoying our brief togetherness in singapore, coincidentally also consuming cheap juice. 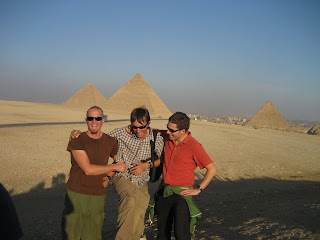 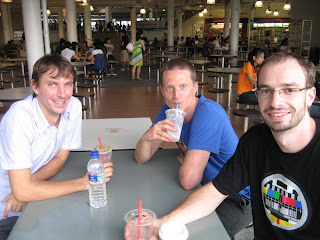 IVCF was responsible for bringing us all together in lethbridge. 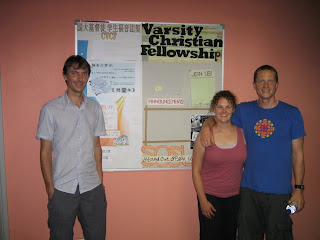 singapore has quite a controlling government (their gum policies are the stuff of legend). this campaign is particularly intriguing for one of the safest countries in the world. how many other govts would start a campaign to claim, "seriously guys, there is crime here... honest!" 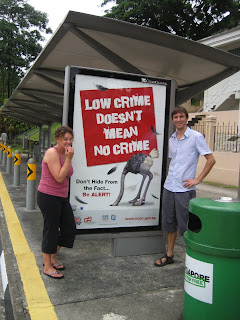 we also explored joanna and kevin's forest on foot, enjoying the monkeys, monitor lizards and turtles. 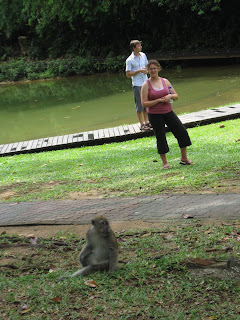 at singapore's jurong bird park we peed in the most beautiful urinals i have ever seen. 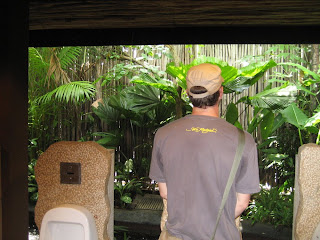 aaron's roommate sharif joined us to marvel at the astounding avians. 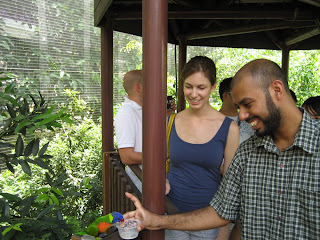 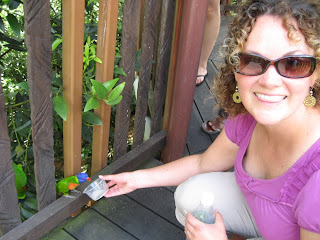 we have lots of other stories and pictures, but i am currently being antisocial, so i will leave it at this. tonight we sleep in vietnam!
at 10:10 PM

Great post! I laughed out loud at Aaron's response to his friend commenting on you combing your hair. Love it.