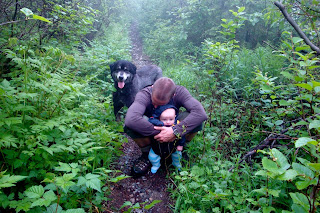 kylie took this picture of me napping on the way up slesse. for some reason i suddenly became extremely sleepy (maybe the mist) and my new boots nicely lock out my ankles and allow me to rest. ty looks pretty tolerant while niko looks expectant. 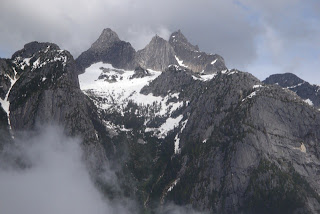 we wanted to show brad the climbing routes on slesse and rexford. most of the hike was socked in but near the top we were afforded brief shining glimpses of the rock that surrounded us. 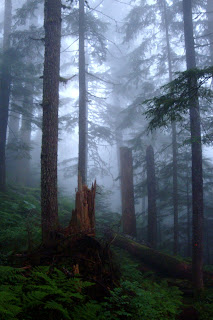 the fog did make for a very surreal hike, even if the visibility wasnt very good. 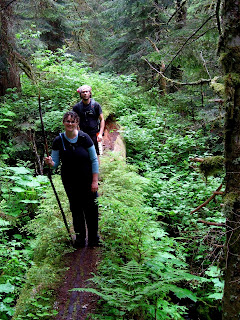 it is great to see brad enjoy being an uncle. ty seems to bring out the best in people, or at least the silliest. 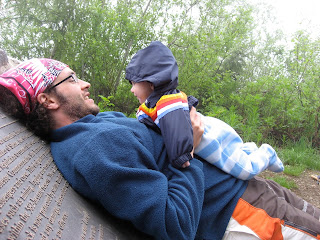 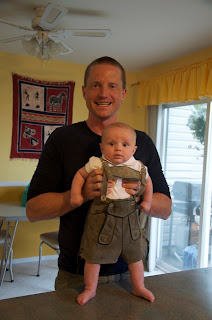 last week we had an impromtu birthday party for me. we decked ty out in his leiderhosen for the occasion and maddie and i provided the entertainment. 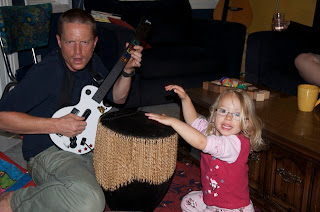 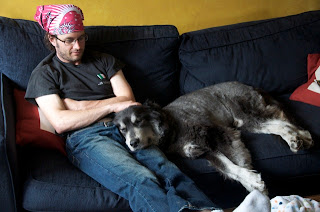 niko really enjoys having brad around. we enjoyed hosting brad and raquel before and after a wedding in vancouver. 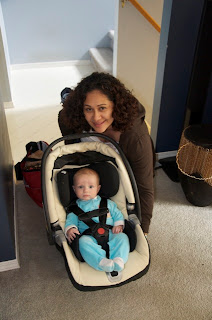 after brad and raquel left we hopped in the car and drove to yakima, washington. this was mainly so we could say we had been to yakima. the next morning we finished the roadtrip to nampa, idaho, just outside of boise. we are here to visit with kylie's grannie and gramps and celebrate july 4th with their family. 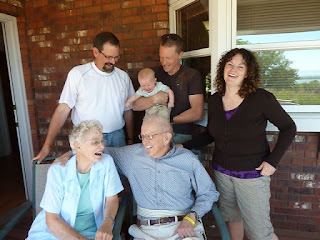 the drive down was gorgeous, with beautiful blue skies and windy mountain roads almost the entire way. this was our first real roadtrip in our subaru and i thoroughly enjoyed it... especially the hills and the corners (and there were a lot of both). 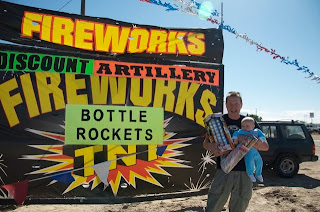 ty was extremely excited to pick up some good ol' american fireworks (made in china).

july 4th saw us at the farm of kylie's great aunt annette, where had a fantastic bbq and played a lot of volleyball. 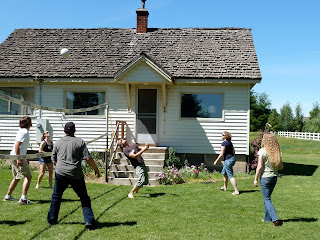 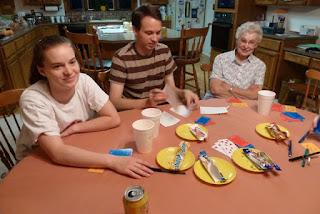 at grannie and gramps' we played our cousins erin and ian's traditional game of sampling the local candy bars and then ranking them from 1 to 5 to determine the optimum family snack for the area. 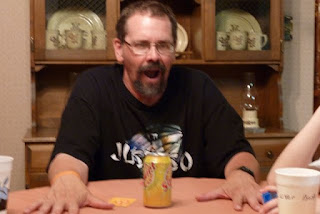 this is greg's realtime reaction to the news that his favourite "salty nut roll" came in dead last. 1st place was a tie between "almond joy" and the "baby ruth" of goonies fame. 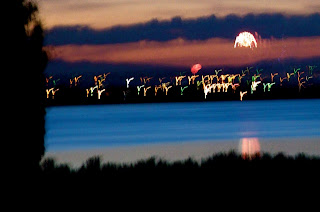 july 4th evening was spent in the backyard watching the constant fireworks display across the lake, as well as doing some pyrotechnics of our own. 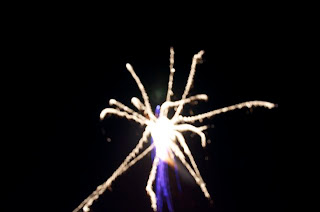 this is my favourite, "america rising" (made in china)

we have a few more days with grannie and gramps, and then it's off to camp at "craters of the moon" before meeting up with my parents in yellowstone. ROADTRIP! 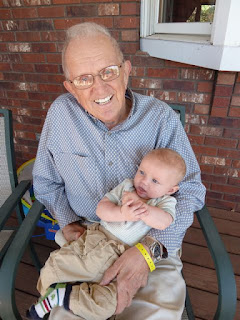 I think just the name "salty nut roll" puts it in last place...if only due to lack of creativity.

Americans have way better fireworks than Canadians. Except we can get Roman Candles, and they can't, and we can buy them year round, and most states only get them around July 4th, and New Years. The Temple House personal favourites - Artillery Shells. I like things with a good show. Tyler - "What's gonna have the biggest boom?"

Here we sit in Butler's Cafe + Coffee in Sioux Centre, Iowa checking out your blog. You still love those fireworks hey Marc. We have good memories of shooting them off at the farm and doing a rocket launch just before while it was still light.
Nice to see all thosepics of beautiful people and places including Grannie and Gramps, and of course Ty in his leiderhosen!
Looking forward to meeting you 3 in Yellowstone DV!
Love, Dad + Mom XXXOOO

Kylie, we will have to skype soon. Let me know when you are back home and we can set up a date!