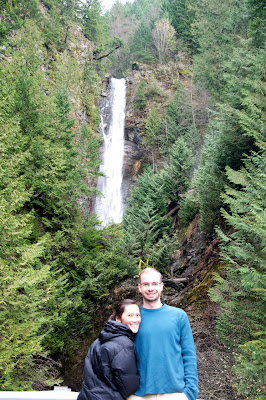 in the last week before christmas, we had the privilege of hosting aaron and suliana, our friends from singapore. it was su's first time in canada, which made things more fun, but also put pressure on us as hosts to present our country well. ;-) the G clan, equipped with our beautiful surroundings, is up to the task! 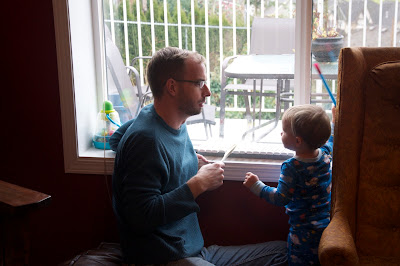 aaron and su each had a lot of fun playing with ty. he loves guests, especially fun ones, and was a joy to have around.


aaron even came bearing gifts. here is ty demonstrating his new squeaky shoes. all the rage in singaporean playgrounds. 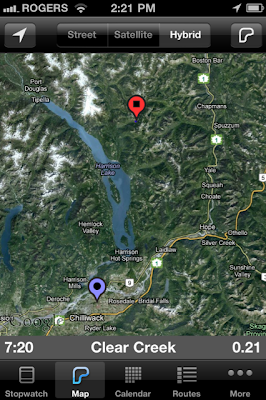 bearing in mind our responsibilities as canadian hosts, as well as our proclivity towards long baths in the great outdoors, we set out for clear creek hotsprings, north of chilliwack and east of harrison lake. 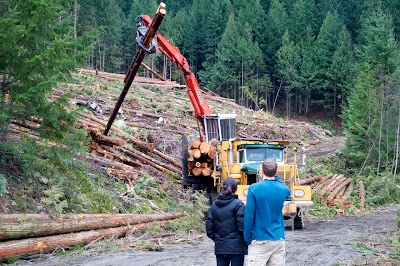 along the way there were opportunities to illuminate su regarding canada's once again burgeoning resource economy. 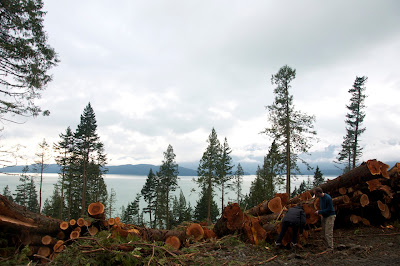 aaron, being a former tree planter and canadian hero, had many gems of wisdom to bestow. pictured above, he is almost certainly explaining how one can examine the rings on the tree to determine, not just the age of the tree, but also derive information as to which seasons in the tree's past had been particularly harsh or nourishing, thus perceiving a rough map of the recent climate of the area. 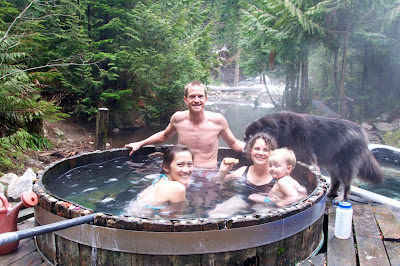 after a slightly bumpy ride, we arrived at our destination and convinced our friends, newly arrived from singapore, where it is 31 degrees and humid every single day, to strip down to their bathing suits in the canadian winter. they were easily convinced of course, the rewards of such actions being evident in the clear steaming tubs in front of them. 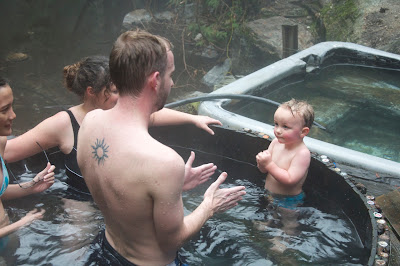 ty had a great time marching around the rim of the tub and jumping into aaron's arms. 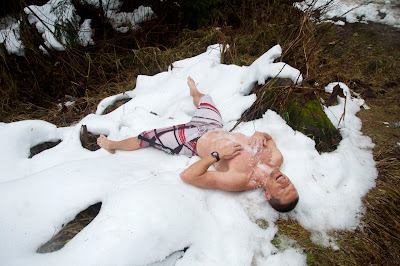 su had never heard of superheating in a hot tub and then cooling off in the snow, only to return to the tub and luxuriate in the prickly warmth. she saw me do it, so she had to give it a try. she convinced aaron to accompany her, rather than the other way around. 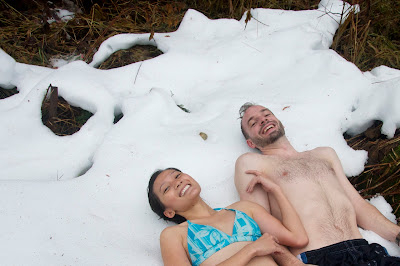 kylie and i were very impressed. her first trip to canada found su lying in the snow of her own accord. that shows strength. 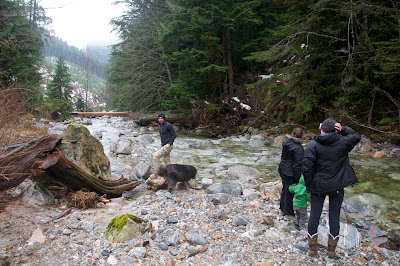 later, while wandering by the creek, aaron spotted a log crossing and proclaimed his intention to fulfill his canadian manly duty and cross the creek, dam the consequences. 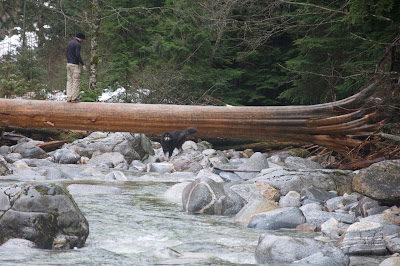 aaron's show of patriotism ignited my own sense of duty to my country, so i joined him on the log in a show of unity against the enemies of freedom. 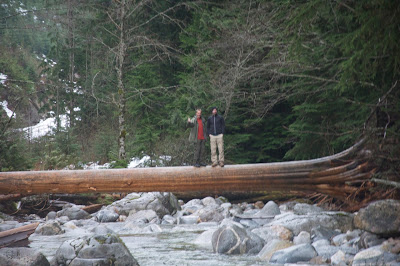 we threw a few snowballs and took a few pictures and finally hopped back in the 4runner to return to the shores of harrison lake and on home to chilliwack. we saw a few deer on the way, as well as swans, a marmot, numerous canada geese and several squirrels. it was a great trip back, as we got to hear more about su and aaron's life in singapore, as well as su's family and her studies. 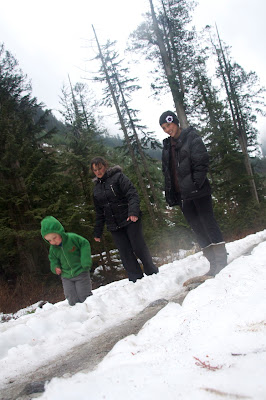 we don't get to see aaron very much, and this was our first time meeting su, so we made the whole time count. our days were packed with coffee, cognac, walking and talking, but all too soon i was speeding them on the way to the airport. i trust that other canadian hosts took up their patriotic mantles and continued to show our singaporean friends a fantastic time.

happy new year everyone! 2012. wow! it feels like we are living in the future.

looks like a great visit! You have completed your duty as a Canadian by making them roll in the snow in the winter. Love the squeaky shoes!

The squeaky shoes are so cute (mostly because Ty is wearing them, I'm sure)! Is Tyrn wearing a shirt just like Daddy in the video?

I would like to hear more stories of Aaron's Canadian heroics. As I'm sure would Su.

shareen do you recognize su's toque in the last picture?

I did recognize it! It looks super cute on her (but she's adorable, so it seems anything would).