a little while back my quirky half cousin in law in law twice removed in both directions named ann had a birthday party for her mother, affectionately known as nana. this was a big affair with lots of friends and relatives and LOTS of food. being quirky, anne decided that she wanted 90 lit candles on a huge black forest cake. she also decreed that i should orchestrate the candle lighting. 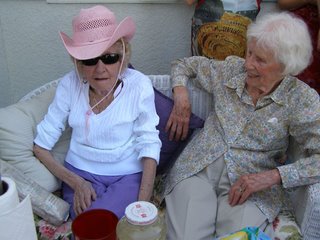 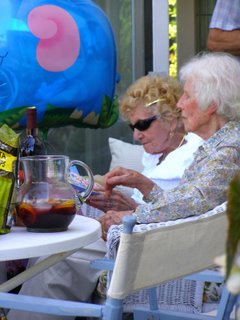 after enlisting the help of several innocent bystanders including my lost lost 2nd cousin twice removed named garrett (i'm just making this relative stuff up, i have no idea how to correctly identify how these people are related to me) we lit the cake from the inside out and transported it out the to party. 90 large candles throw off some serious heat and i actually lost a lot of my arm hair. it was so hot that it was difficult to blow out b/c the candles would spontaneously reignite from the heat of their neighbours. 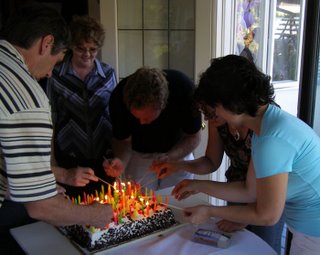 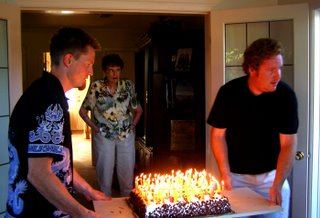 anyways, with a little help from garrett and myself nana was able to extinguish the cake before the blaze got out of hand and we all ate ridiculous amounts of food, blew bubbles and joined in the wackiness. 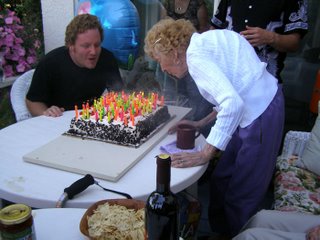 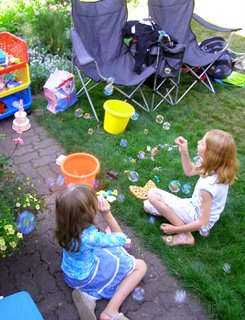 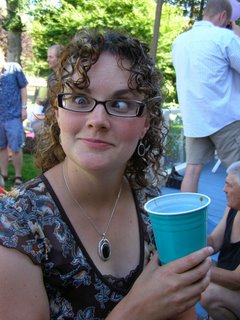 My sister-in-law did a similar thing for her grandma's birthday, except the candles were so close together that it became one big fireball.

Kylie, how often does your glass eye roll out of place?

I hate it when that happens.