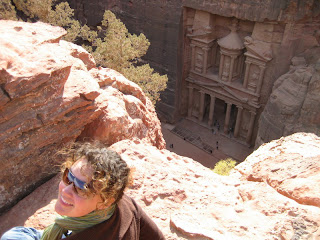 petra has surpassed all of my (rather high) expectations for it. all i really knew about the place previously came from indiana jones, national geographic covers and recently lonely planet. let me tell you, it is beautiful! in addition to being a stunning archeological site, it is also a fantastic hiking/scrambling area. most of the pictures you see of petra are of the main temples, but the city is huge and spread across several valleys. we have been exploring it for 3 days now and we still did not see all of it.

let me give you some background. petra is an ancient city in jordan built into the rock of a protected valley in the first century BC and the first 2 centuries AD. the nabatean people located their capital city inside an eclosed rock valley that served as a fortress. the only practical entrance to the city is through the siq, a narrow canyon that precluded the entrance of any major military force. 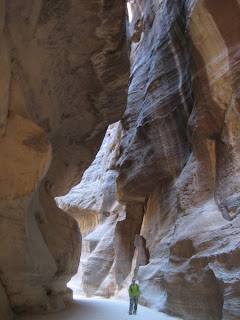 the nabateans were adept at aquatic engineering and the city grew and prospered in the desert with the use of aqueducts, cisterns and canals to store rainwater for times of drought. unfortunately, the city was largely abandoned during the 5th century after 2 major earthquakes.

now the remaining rock structures have been eroded by the wind and rain into fantastic swirls of red and white and yellow and blue as the layered sandstone has been exposed. 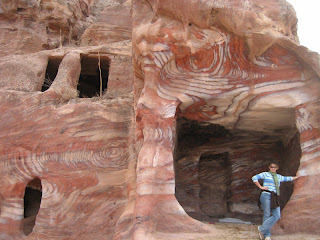 what made petra for us was its rock temples and houses combined with fantastic rock formations and mountains. the main site areas were fairly crowded with tourists, but as we have found in many tourist attractions, if you were willing to hike for 5 minutes you could quickly find complete solitude.

every day in petra we climbed a different peak. first we would be walking up a set of beautifully eroded 2000 year old stone stairs. 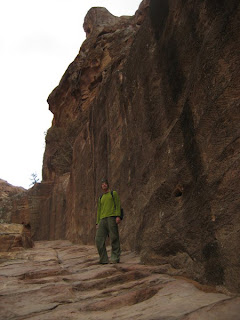 then we would skip off the beaten trail to find some fantastic free hiking. 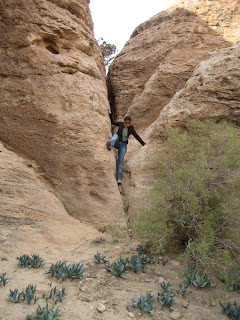 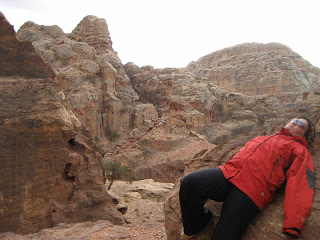 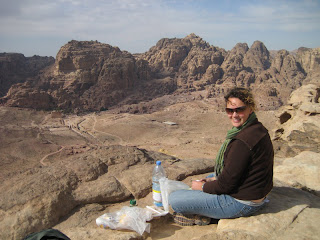 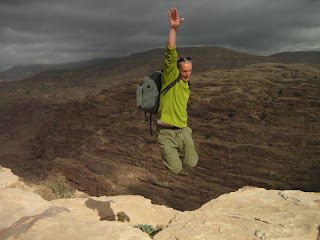 and just when we thought we were in the middle of nowhere we would turn the corner to find an abandoned temple or tomb. 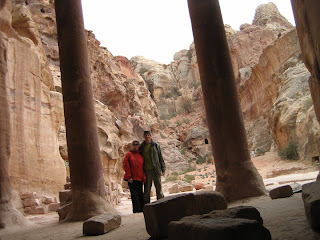 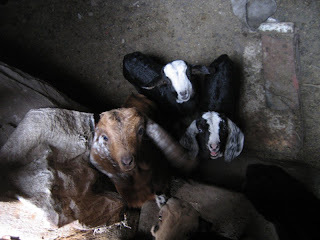 or selling jewelery on the side... "only 1 denari! i give you good price my friend!" 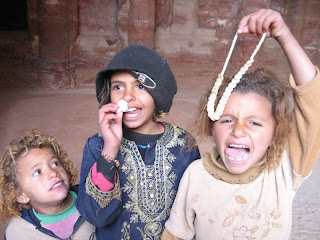 suffice it to say, petra is in fierce competition with lamu island for my favourite place in the world thus far. i highly recommend a visit to this stunning city. tomorrow we head to amman, the capital of jordan and after that, who knows? we are really loving the friendliness of this country. crossing the border was an extremely enjoyable experience, with the border guards teasing kylie and welcoming us wholeheartedly. we are not ready to leave. 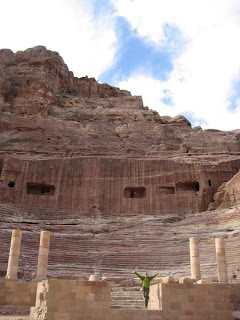 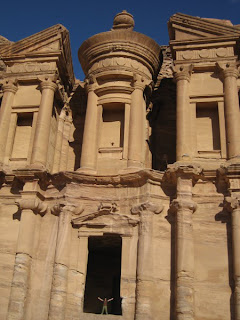 This is just too amazing. I have to admit that I am more than a bit jealous here.

Glad to hear that you enjoyed the kilt posting. If you decide to get one, I want to come shopping with you!

Glad to see the crane kick being practiced.