Why oh Why? (Or my getting old rant) 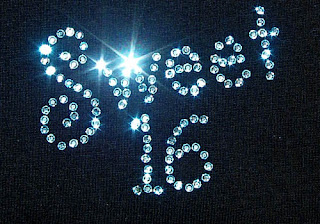 I am very much enjoying the portability of having a new lap top. Right now I am flipping channels while I am on the internet. Sadly my channel switching stopped when I got to MTV and watched the show called I think My Sweet Sixteen or something like that. Watching made me feel like going on a rant. 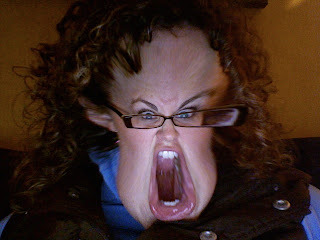 Picture the following words coming out of my mouth:

The show follows a fifteen year old girl (or maybe boy? this is the first time I have watched a whole episode) who is turning 16 and planning an extravagant party. This show deeply disturbed me. It followed a very spoiled girl who spent extravagant amounts of money on her party. It showed her auditioning very muscular boys to carry her into the party by asking them to take their shirts off because they would be wearing tiny togas and she wanted to see how muscular their chests were. The end of the party included her father (who was wearing a very skimpy toga with no shirt underneath, UGH!) staging a photo op by having a new convertible pull up while everyone was waiting outside.

The MTV culture of today that teenagers are so fond of distresses me (I experienced this teaching juniour high last year; there are students who are not like this but many of them are). The girl in this particular show had such a sense of entitlement about how her party should be and that she should get a car because "OMG" she's turning 16 and cried when her friend flirted with her boyfriend or when her friends hated her dress. I realize that this of course not totally her fault, she has been taught to feel entitled by her parents and culture today. The focus today on beauty and money and weight instead of the way we treat people or having a desire to learn or thinking globally is such a sad shift. I am going on a "getting old" rant but our consumeristic, celebrity obsessed culture makes me think about what sort of culture my children will grow up with and it scares me somtimes because I feel like things can't get much worse. Yes I realize parents have said this for centuries but this time I feel like it's actually true. :)

Okay I will stop now. Just my thoughts for today. Amber also had a great post about American Idol and how mean spirited and humiliating it has become.

Today in the span of 5 minutes I witnessed two separate incidents of parents driving their children on their paper route. I was dropping off something for a friend and she wasn't home so I was writing a note when I saw a car inching its way down the street. I glanced up a couple minutes later and realized that it was a father driving his son doing his paper route. The son would walk behind and take the papers out of the trunk and then get back in for a ride to the next house (he did not do this every time but I did see him do it) and then get out at the next house. I could not believe it. I dropped off my note and got back in my car and turned ONE corner and got stuck behind another very slow car. I quickly realized that this time it was a mother who was following her son. He did not get in the car for a ride but was getting papers out of the backseat. It was NOT cold here today - about +2 but I guess it was too cold for some.

Old lady Greidanus- go back to your prunes!

I've seen that "sweet 16" show once in my life and i was pretty floored by it. I secretly want to gather all the little girls like that, ship them to mongolia, drop them off in some kind of mountain range wearing their prada shoes and gucci handbags and let them fend for themselves.